What If Christopher Nolan Made a Rom-Com? 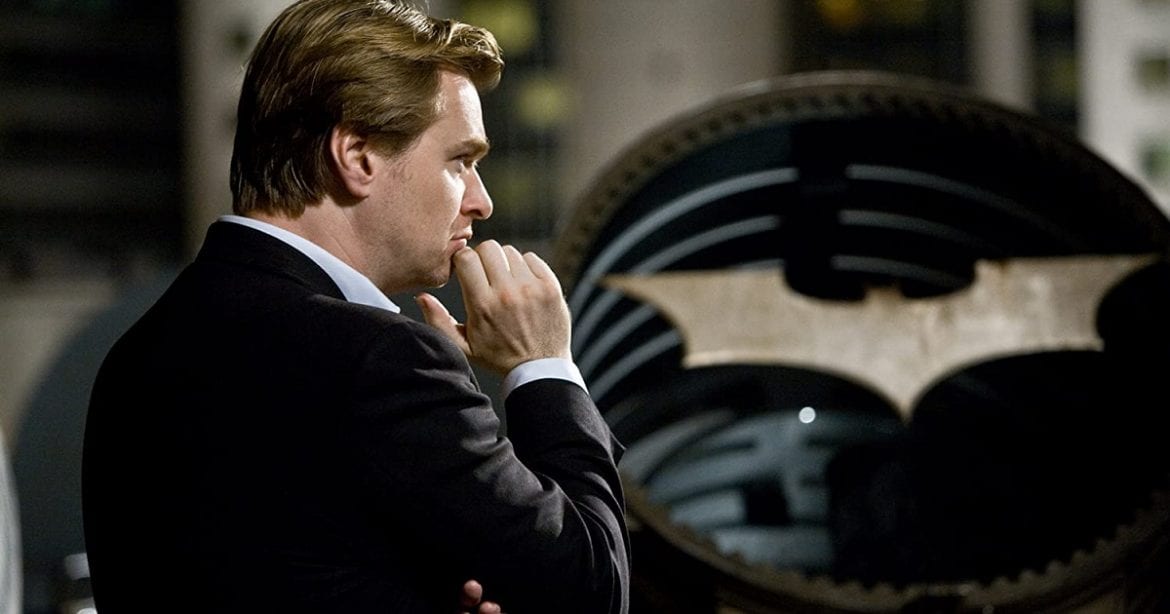 For those of you that just couldn’t get enough of Tenet, Christopher Nolan has another great film coming to theaters soon!

A robust supporting cast rounds out this adorable romantic comedy. Al Pacino stars as Bert, the wise-cracking yet capable handler for Reese. He can always be counted on for a word of advice when it comes to women, even if you don’t quite understand what he’s saying (the man loves his metaphors). Additionally, Sandra Bullock shows her skills as Daphne, the femme fatale whose ultimate goal is to bring down those trying to attack her father, Nero. Of course, her relationship with Reese as the “other woman” causes trouble in Reese’s relationship with Ruby!

Buckle in for quite a ride because Spontaneity hits the ground running as every other Nolan film does.

Our film starts in London, where Ruby and Reese eye each other over a cup of coffee while the other café patrons seem to stare straight ahead, not actually seeing but just staring. Reese winks at Ruby. Ruby drops her straw on the floor and Reese is unable to suppress a smirk.

Little does Reese know, Ruby only dropped her straw so that she could covertly take a picture of Nero, who is sitting in a corner of the café eyeing the two future lovers with curiosity and evil in his eyes. But what’s this? Reese has also dropped his straw on the floor to do the same thing? It’s truly love at first sight for these two lovebirds!

But wait, now it’s six years later and Reese is alone in the café, still staring at Nero across the room. Where is Ruby and is that a wedding ring on his finger?

Blink again and our characters sit across from each other on a school bus as a nuclear mushroom cloud grows bigger in the distance. Were our lovers destined for each other from a young age?

Even newcomers to Hollywood know that a movie with Christopher Nolan is bound to generate some Oscar buzz. While Nolan himself has never taken home the coveted award, Spontaneity looks to be the film that could win him that honor.

From sneak peeks and trailers, one can see the groundbreaking choices in cinematography and lighting that Nolan uses. The use of dark, blue-tinged lighting has until now been unseen in the romantic-comedy genre, but Nolan looks to expertly weave the hue into his story. One can truly feel the longing of the human heart with this stylistic choice and better attune themselves to the emotions of Ruby and Reese.

Nolan’s use of ambiguous tone is also prevalent throughout the film. It’s clear from the beginning what kind of mood that Nolan is trying to portray — nothing. To Nolan, love is neither good nor bad, and the indifferent feeling of the movie reflects that. You can be sure that there will always be a spot of horrific drama to balance out the jokes and vice versa. It’s like the romantic comedy genre was made for Nolan!

Early critic reviews and actor comments are already piling in for this highly-acclaimed film! Here are just a few:

“We were pleased to see that the main female character of Spontaneity made it through the first act safely. Definitely a step forward for women in Nolan films!” — Various Twitter users

“Christopher Nolan is the guy who did Batman, right?” — Your relative on Facebook

“Guess how many pounds I gained for this one?” — Christian Bale

Overall, we think Spontaneity will be a hit among Nolan fans. It has all the marks of a good Nolan film while exploring a new genre that fans may not be as familiar with. As for non-Nolan fans, we’re sure you can find something to like in the two attractive stars.

Spontaneity will be released in theaters within a few weeks because Nolan won’t allow for any other kind of release strategy.

Thank you for reading! What are your thoughts on Christopher Nolan making a romantic comedy? Comment down below!

You got me excited for a Nolan rom-com, lol! And of course, Michael Caine would be in it.

‘The Other Lamb’: Horror that Isn’t Scary

‘Mank’ Is an Idiosyncratic, Cynical Look Into an...