‘Wolfwalkers’ Brings an Irish Folktale to Life with Gorgeous Animation 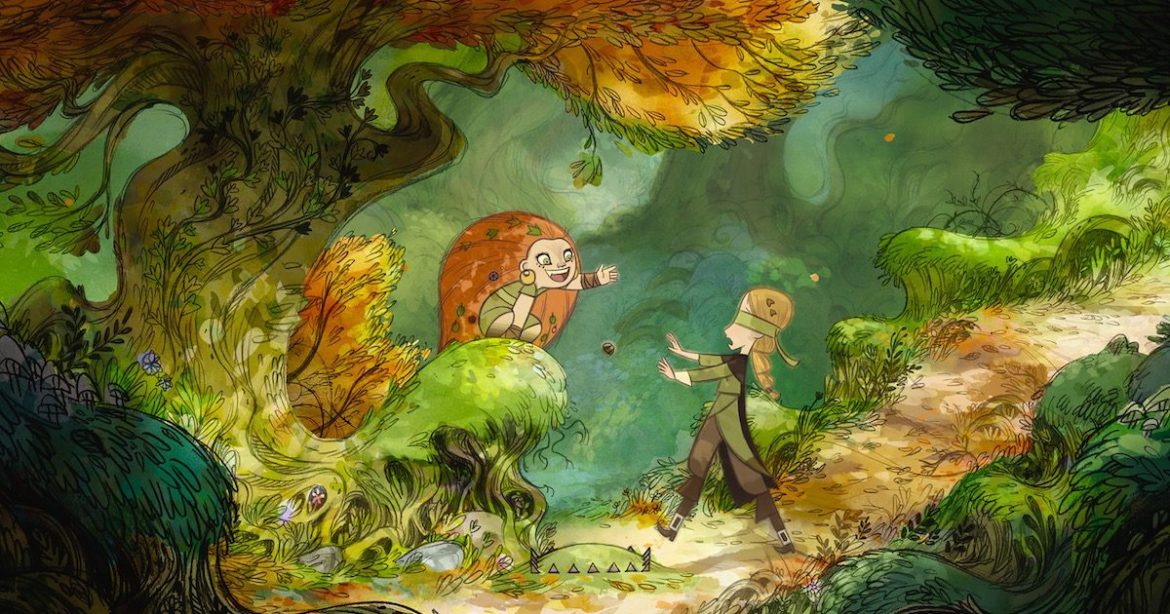 Cartoon Saloon’s latest release, Wolfwalkers, is one of, if not, the best 2D animated movie to come out in years. This time, directors Tomm Moore and Ross Stewart travel back to Ireland with another awe-inspiring folktale. A young girl named Robyn (Honor Kneafsey) finds a pack of wolves in the woods led by a mysterious wolf girl named Mebh (Eva Whittaker). The two become friends and Robyn, after becoming a wolfwalker herself, must stop humans from hunting down the wolves and ultimately, eradicating them under the orders of the town’s overseer, English general Oliver Cromwell, referred to by the townsfolk as “Lord Protector” (Simon McBurney).

The storyline is rather simple (as much as one about magical wolf people can be, I suppose), but it takes its time to establish its world and characters, detailing exactly what is happening and makes sure not to rush through any details. Therefore, you genuinely care about Robyn and Mebh; their friendship feels believable as it develops throughout, despite ultimately already knowing the direction the story will go. Still, the film has plenty of thematic depth and uses its characters smartly, even using Lord Protector to explore exploiting religion to justify heinous acts, which is undeniably a daunting prospect, but also turns out to be an incredibly interesting motivation for an animated villain.

What immediately stands out is the animation, which looks absolutely stunning. While I do admire the look of many animated movies these days, I will admit that they sometimes feel a little flat, with many of them having more or less the same visual styles. The art direction in Wolfwalkers is drop-dead gorgeous; its incredible color palette left me in awe. I’m sure both young and adult audiences will gain plenty of enjoyment out of it.

Of course, not everything about the visuals works perfectly. Shots in which characters look at the entire town from the hill can sometimes look as if the characters are just staring at a wall and, sadly, as it’s a more simplistic art design, some of the background details don’t stand out as well as you’d hope. But these moments are few and far between. Mixing the beauty of nature with the horrors of colonialism, Tomm Moore and Ross Stewart bring the beautiful animation to life, introducing us to a whimsical world brimming with passion and mystery. 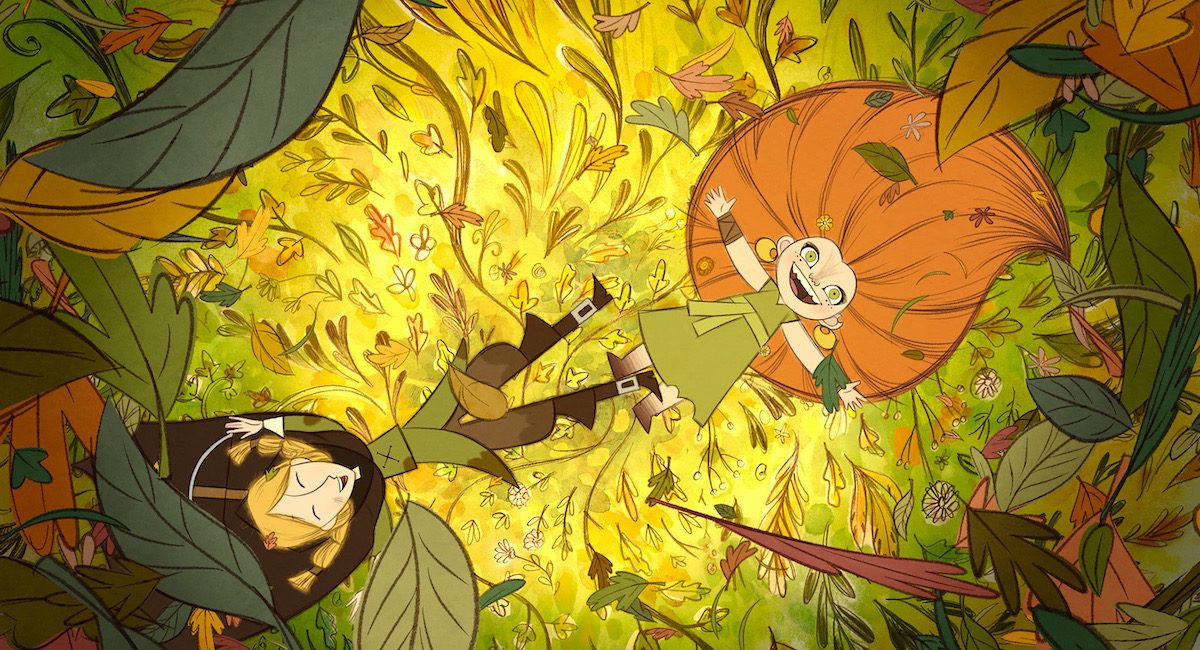 The film creates a world that I just want to get lost in, with its gorgeous scenery and locations. The world actually reminded me a lot of that of Brave. I’ll always stand by the assertion that the world of Brave is actually decently compelling, it just needed to be fleshed out more. Thankfully, Wolfwalkers does exactly that as the world feels fully realized and fully utilized thanks to its strong appreciation for Irish folklore. The story is one that will grab you from start to finish.

It’s not just the filmmaking feats that make Moore and Stewart’s Wolfwalkers so impressive, but the cultural conversations it brings to the table as well. The film’s depiction of the English taking over Ireland in the 17th century is clear enough for older kids to pick up on, but I imagine this element will resonate better with adult audiences. Wolfwalkers spends a considerable amount of time showing the strong negative reaction the Irish had toward the English encroaching on their land. But the English decided to move in nevertheless, and fortify the land with their soldiers and thus eventually turning Ireland into the split nation we know now. Wolfwalkers deftly educates its audience on the history of English Imperialism, while remaining a stunning, whimsical father-daughter tale.

Wolfwalkers is one of the best animated films to come out in years, and undoubtedly the best animated film I’ve seen thus far this year. It’s one that feels primed for a Best Animated Feature Oscar Nomination as its animation, storytelling and ultimately the unique passion that went into the final product is one that stands out above many modern-day animated efforts. Unequivocally, Wolfwalkers is one of 2020’s best films thus far. Available on Apple TV+ now!

Thank you for reading! What are your thoughts on Wolfwalkers? Comment down below!

[…] The Winter Lake, Tom and his mother Elaine move to a small village in Ireland after a traumatic event surrounding Tom occurs. They quickly meet Ward and his daughter Holly. The […]