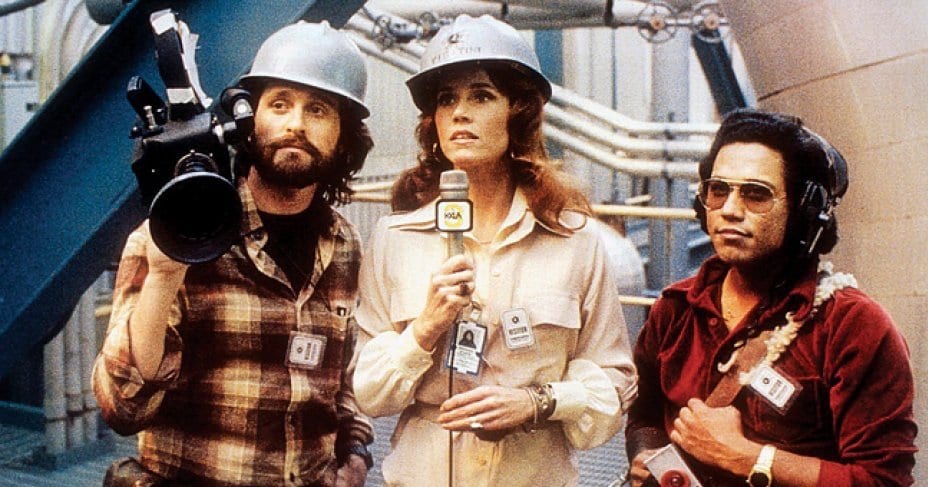 In a world that is rife with corruption, The China Syndrome has much to tell us, even after forty years.

The China Syndrome is a thriller about an accident at a nuclear plant. A reporter and cameraman witness this, and start to investigate what really happened. At the same time the supervisor in charge at the time of the accident becomes concerned that the situation has not been properly investigated. 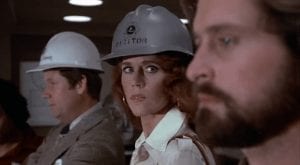 (The term ‘China syndrome’ refers to a nuclear meltdown scenario so named for the fanciful idea that there would be nothing to stop the meltdown tunneling its way to the other side of the world.)

The three stars of this film are excellent. Jane Fonda is the reporter Kimberley Wells, who is doing an information piece on nuclear power with cameraman Richard Adams (Michael Douglas). But the real star of this film is Jack Lemmon as the supervisor Jack Godell.

His performance clearly portrays the dilemma of the whistleblower. Godell cares about his job and wants to keep it. He investigates his concerns and does the right thing by informing management about what he has found. It is only when they refuse to take action that he becomes desperate. Lemmon’s acting skills show in subtle nuances to his face as he thinks through his problems, realizing how serious the situation can potentially be. In his final scene, it is only when he feels the vibration through the floor and knows that the main pump is giving way that his face shows real terror. This is a character that cares enough about others that their needs trump his own. This is the face of integrity, and Lemmon is completely compelling. 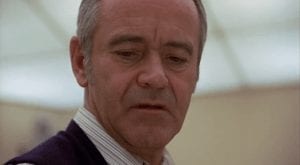 Fonda portrays a woman in a male-dominated industry, and her performance is superb. Her supervisor gives her trivial stories and tells her she has been hired for her looks.Her character’s attempts to curb her frustrations and play the game while still angling for a break into real news is a very real depiction of how women were forced to put up with sexist attitudes at that time.

Douglas’ character is less nuanced. Adams is the freelancer, the outsider, the angry man. He could easily have become a cliché in less capable hands, but Douglas’ skill brings him to life even with this limited material.

The obvious message in this film concerns the potential hazards of nuclear power.

When Godell tells Kimberley that the system works because they were able to fix the problem, he is actually correct. It turns out the danger does not lie in the event itself, but in what this uncovers. Godell states that there are many back-ups and safety regulations that ensure safety in nuclear plants. However, he soon discovers that the guidelines for safety have been ignored and the checks falsified in order to save money. The investigators of the accident complete their task rapidly, as the company is in negotiations to open a new plant and they don’t want any problems. They overlook the issues.

Those at the top believe that cutting costs is more important than safety. One can only assume that the members of the board don’t live near the plant. The potential consequences, of course, are catastrophic. The experts that Richard consults describe horrifying results which are similar to what has happened in real life. The infamous accident at Three Mile Island occurred only twelve days after this film was released, and there have been other serious accidents since.

So, the question the film asks is this: is the risk, however small, worth it? Safety measures for nuclear power have improved vastly since then. The chances of a huge accident occurring are lessening all the time. But a small chance is still a chance. The Fukushima accident was not that long ago. 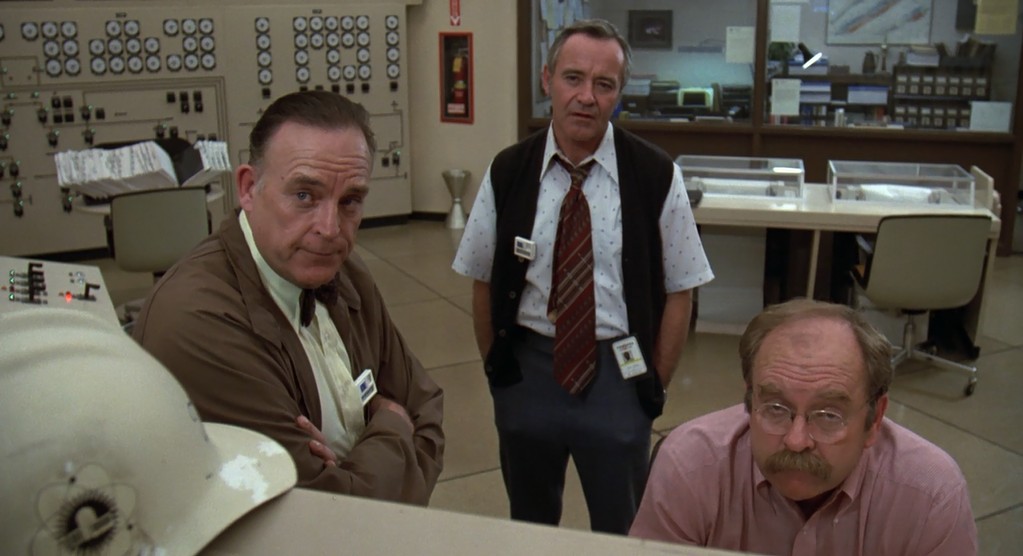 Kimberley Wells has to contend daily with her male colleagues who treat her like a Barbie doll. Very early in the film she is in the studio and the audience hears senior executives discussing her. One states that they’ve discussed changing her hairstyle. The second wants to know what she said, whereupon the first retorts scornfully that they didn’t ask her, she’ll do as she is told. Kimberley’s supervisor tells her that she wasn’t hired for her ability as a reporter. She has to put up with ‘don’t worry your pretty little head,’ and other similar comments.

She exhibits a great deal of intelligence in her ability to play the game while always looking for an angle, a foot in the door of a male-dominated industry. The way the men around her dismiss her abilities is very indicative of the issues women experienced in the workplace at this time. It still happens today, though usually in a more subtle manner. This aspect of the film will resonate with many women. The final irony occurs at the end, when Kimberley reports from the plant in spite of her distress. Her boss says ‘I always knew she had it in her’. This is the same person who tells her earlier in the film that she is better suited to light reporting.

The main theme and lesson of The China Syndrome is not specifically linked to nuclear energy. It is corruption at the highest levels of business and government. It is bribery, extortion, and violence. Cadell learns that the safety checks on the power plant’s equipment have not been done. Someone has falsified the records to make it look as though all regulations have been met. This action has saved the company thousands of dollars, but it means there are no guarantees the structure has been completed properly and safely. At the same time the chairman of the board is leaning on Cadell’s superiors to ensure the investigation into the accident at the power station is labelled a minor fault, so that the licence for the new plant they want to open will not be jeopardized. Once again, money trumps safety.

Representatives of the power company put pressure on the tv station not to run the film Adams took inside the plant. They claim there is no evidence what they are looking at is serious. The threat of legal action trumps the threat to public safety. Cadell investigates further and is threatened. Hector, Adams’ colleague, is run off the road and seriously injured after he collects Cadell’s evidence. A car follows Cadell on his way to testify, forcing his diversion to the power station and into the climax of the story. Money trumps Cadell’s freedom to speak, and ultimately, his right to life. The only hope at the end lies with one of Cadell’s colleagues. He resists the pressure his superiors are putting on him and tells the press that Cadell was not crazy or drunk, and that he knew something was wrong. 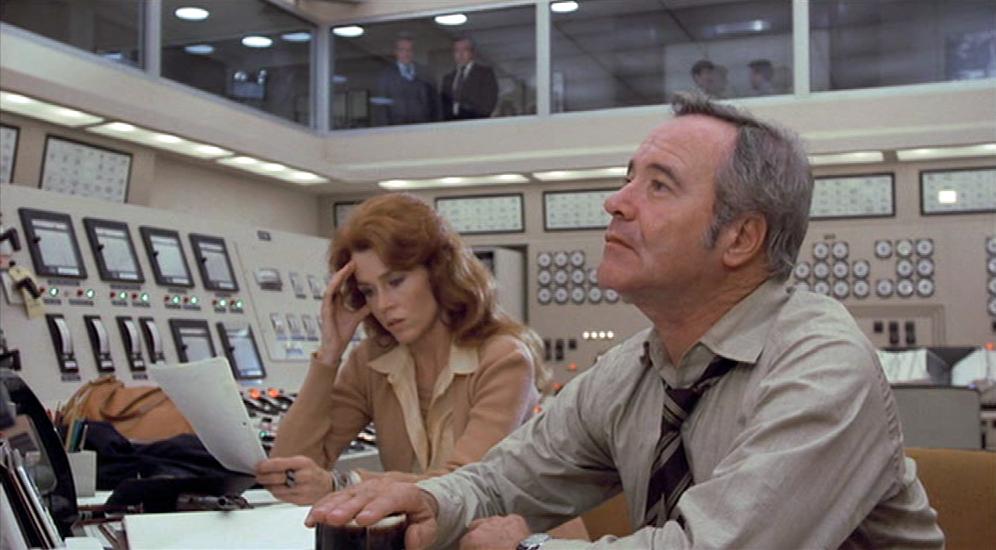 Something we see throughout the film is how everyone wants to get ahead. Kimberley wants to get ahead so doesn’t complain. The people at the plant want to keep their jobs so turn a blind eye. The desire for success can compromise the integrity of even the best person.

In forty years, nothing has changed.

Thank you for reading! What are your thoughts on The China Syndrome? Comment down below!

[…] am, of course, familiar with Jane Fonda the actress. Indeed, I have admired her in dramas such as The China Syndrome and especially They Shoot Horses, Don’t They? Honestly, I even enjoyed her in comedies such […]

Wow, you trying to depress me, reminding me that this movie came out forty years ago?

As forty years have lapsed and the theme is about power and corruption, is this a movie ripe for a remake or a reboot? What’s your thoughts? Secondary, if it is remade (or whatever term), who would you cast?

Isn’t it fun to play what-if?

I’ve just had a horrifying mental picture of Bruce Willis running around gunning down all the members of the board because they’re bad. (shudder). :)

That sounds like an intriguing dark spoof of The China Syndrome.

Michelle Rodriguez as the reporter. Michael Bay to direct. (it’s just getting worse and worse.)