‘Derek DelGaudio’s In & Of Itself’ Demands Your Attention 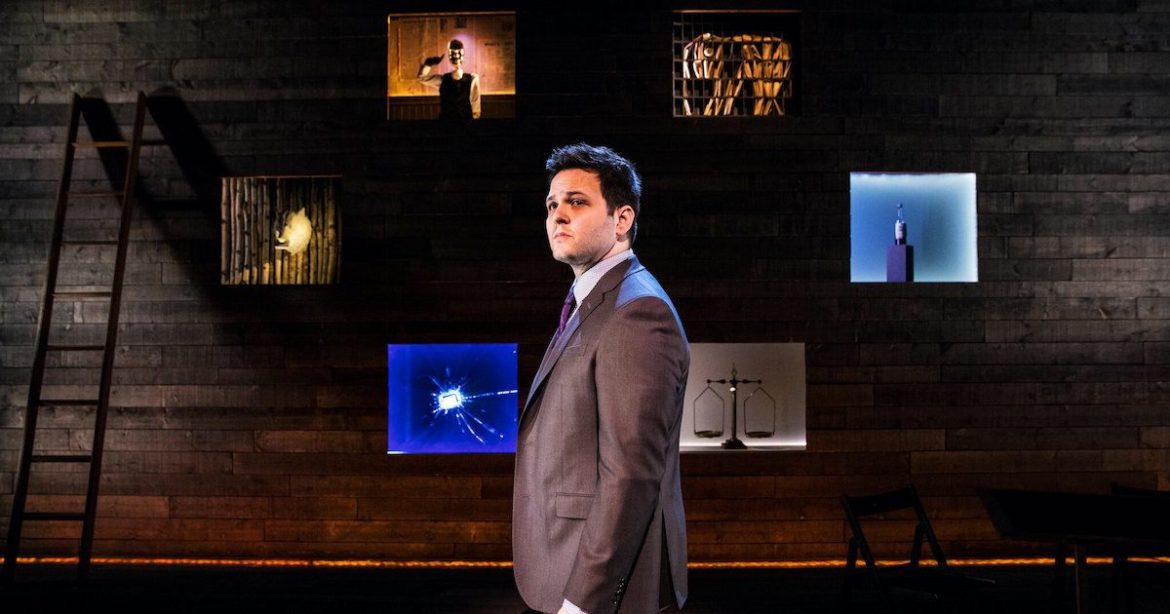 Have you heard the story of the Rouletista?

I promise you don’t know what you’re getting into when you hit play on Derek DelGaudio’s In & Of Itself.

It’s impossible, really, and that’s okay. It’s not your fault, after all. Especially not when the Google description reads: “Magician Derek DelGaudio wows audiences with his mesmerizing tricks and autobiographical storytelling.”

What Derek DelGaudio accomplishes, however, is nothing short of brilliance. I’m torn writing this review between breaking down what I witnessed, and holding it tightly to my chest, a secret to be shared when you yourself have the opportunity to watch it. It’s brave. It’s cynical. It’s vulnerable. It’s affirming. It’s nothing short of a master storyteller and performer gripping the reigns of introspection and bearing it out over the course of 90 minutes.

He immediately draws you in with the story that inspired the show (whether or not it’s true is up to your discretion), and from there maintains the audience’s rapt attention. Through the runtime, he continues to deepen his exploration of identity, telling one deeply personal tale after another.

Like any good magician, he includes members of the audience in his act, having them participate and giving them moments of self-reflection, of deep emotional intimacy, and they often bravely bare their souls to this room of strangers as well.

What does it mean if they say I am the Rouletista?

The ship’s log, in particular, is something that I have not been able to stop thinking about in the days since I viewed this for the first time, and the beauty in that social experiment was enough to choke me up on my first watch through (although it was not the first, nor was it the last time during the show).

When it comes to storytelling style, the only comparison I can possibly think of is Don Hertzfeldt. They each have a spectacular gift for telling brief but heartbreakingly deep stories, in such a sequence that a summary could never do them justice, but they all FEEL so crucial to each other that leaving any one of them out would be a horrible disservice.

The magic is woven organically into the act, and he can do things with a deck of cards that would make Penn & Teller look like amateurs. This isn’t his first experience with film, either; he cut his teeth with film bona fides by consulting on movies like The Prestige. Heck, he even got Frank freakin’ Oz himself to be the director of this live show!

But the true magic of the show is that something like this, something so quietly, desperately personal, can exist in such a loud and chaotic world.

Let me know if you see the elephant.

Thanks for reading! What are your thoughts on In & Of Itself? Comment down below!

Harry Potter Should Have Died in ‘The Goblet...

‘Fresh’ Is a Disgusting Meal That Makes You...