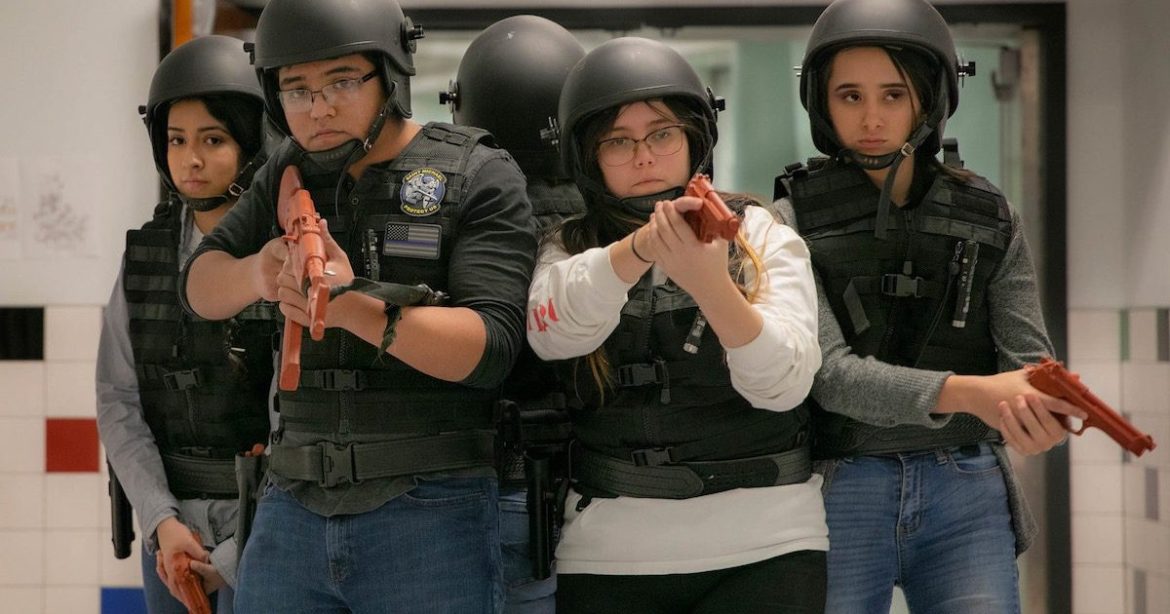 Policing in Modern America is in a complicated place. The institution has, rightfully so, come under fire for outdated practices and negative interactions with minorities. What was at one time among the noblest professions, has become the most polarizing. With this reality, the new documentary, At the Ready, puts the profession in a bit of a different light. During one of the eventful years of the Trump presidency (which is not irrelevant here), the film follows a group of Texas seniors training to become police officers and border patrol agents. It’s this original take on policing along with the area, time period, and subjects of the film that make it one of the most interesting documentaries at Sundance this year.

At the Ready Raises Some Interesting Questions

At the Ready is well-made with a clear narrative that only really wavers a bit toward the end, but is not detrimental. More importantly, the subject area for this documentary is incredibly interesting. Having a school program that doesn’t merely introduce students to law enforcement, but allows them to study and train for it. It raises some engaging questions. The complexities grow when you add in the mostly Hispanic population and that they reside in a border town. Apart from its quality and craft, At the Ready shows a positive way forward in policing. That is the true value of this documentary.

The course and club at Horizon High School appear to be a concerted effort to bring policing to the community. It may not be an officer on a beat, walking a neighborhood, and getting to know everyone. But it is the institution of policing, interacting with the community, and specifically, the minority community. That is a way forward for this profession. Engaging specifically with those of color. Explaining the process, walking through training, and building relationships with young people is even more valuable. The youth is the future. The police need to reconcile with the community. While the subject of this documentary may not be intending to be the start of the reconciliation, it can be.

It Doesn’t Shy Away from Tough Conversations

Some of the value of this course is present in the interactions between the students and their teachers. Whether it was the few times in class when discussions of the “caravan” or the separation of families at the border. Or the casual conversations about voting and the political ramifications of the recent events involving the police. This film doesn’t shy away from those tough conversations or the impact of those conversations on the young people. A generational divide appears between the students and the teachers. The more progressive students often clashing with their traditional leaders. That divide is a wonderful characterization of the relationship between the police and the community. Seeing this in real-time is important and powerful.

At the Ready doesn’t offer answers to the policing problem. But it can be a remedy. A police officer is still a noble profession. While it is certainly under fire (for good reason), a bridge is necessary. Seeing young people gain a passion for helping their community and their people is inspiring. Watching a group of young Hispanics take control of their future is beautiful. That is more important than any political argument. A solution to a long-standing problem is gaining young people with different perspectives, experiences, and ideas. At the Ready shows how that is being done, and I find that inspiring.

Thank you for reading! What are your thoughts on At the Ready? Comment down below!

‘The Prom’ Is Imperfect, But Full of Feel-good...

‘The Half of It’: Familiar Tale, Fresh Characters