Sundance Film Festival 2021 Review: ‘On the Count of Three’ 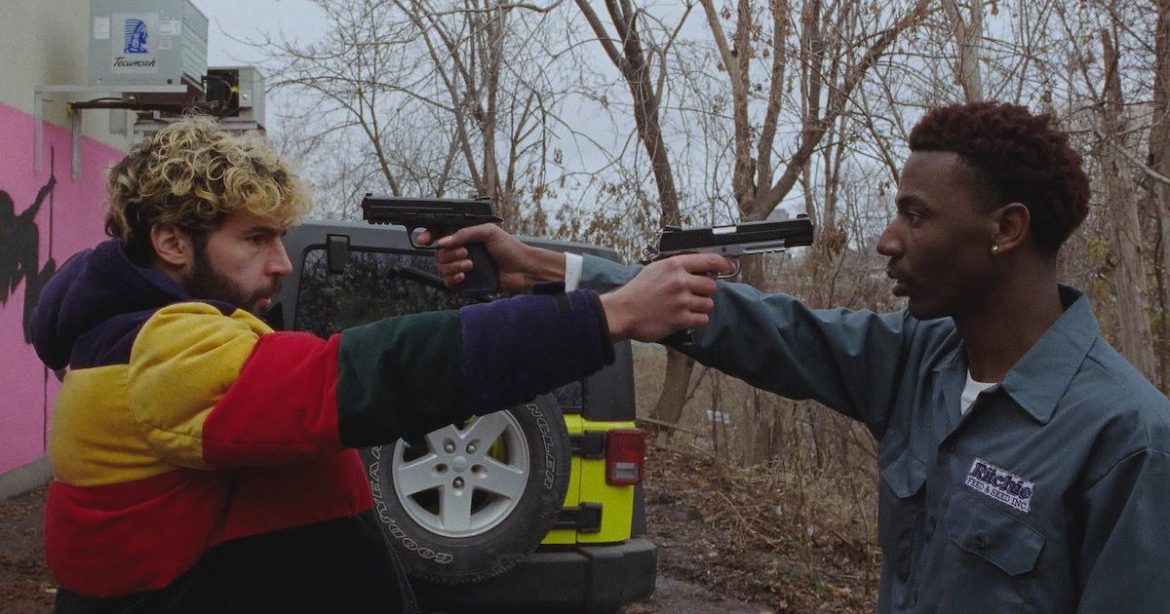 Jerrod Carmichael is brilliant. I don’t mean that in the hyperbolic, reductive way that many use way too often. The way he tells a story is unique and profound. How he crafts his humor, by blending complex ideas with his funny sensibilities, creates wonderfully dark comedy. As a mind in Hollywood, Jerrod Carmichael is legitimately brilliant. This made On the Count of Three not just one of my most anticipated movies of the Sundance Film Festival, but of the year. Carmichael doesn’t disappoint, his film is challenging, funny, and thoughtful. In it, he takes on the complexities of suicide, friendship, and millennial angst when two friends make a pact to kill themselves at the end of the day. This pact leads Val (Jerrod Carmichael) and Kevin (Christopher Abbott) on an adventure that gives insight into each of their pasts and how they ended up where they are today.

The all-in-one-day movie is a tried-and-true storytelling mechanism that has been used to create some great comedies. Carmichael and writers, Ari Kutcher and Ryan Welch, use it as the backdrop for their story. While the concept isn’t wholly unique, On the Count of Three becomes original because it takes on the tone of its director and star. It’s a film that is dark, dry, and sarcastic, which is easily identifiable if you’ve seen any of Carmichael’s work. Dark comedies walk a fine balance; in this case, the balance is between the seriousness of these two characters’ pain, with the consistent humor of their situation.

You can see the execution of this balance early in the film when, behind a strip club, Val and Kevin are counting down, guns pointed at their heads, and at the last second Kevin yells, “wait!”. Val sends a shot from his gun past Kevin’s head and into the wall, creating a funny break in tension that comes from a typically very unfunny situation. Time and time again, On the Count of Three does this, which allows for some incredibly funny scenes, that also come with a level of depth from the sheer intensity of them.

On the Count of Three is a very thoughtful and considerate film. Despite all the humor, there is a level of understanding for both Val and Kevin, who while they appear to have a similar goal are quite different in their reasoning. Val is unhappy with his life with a dead-end job, a struggling relationship, and no real prospects to get out of the rut he is in. We find Kevin institutionalized because of a previous attempt to kill himself. While Val appears to be the embodiment of millennial angst, Kevin is suffering the effects of some deep-seated trauma.

The two men are in very different places, but On The Count of Three offers understanding to both. Val is relatable because so many of us find ourselves unhappy in our current place in life. It is also very important to understand the difference between Kevin’s situation and his own. Kevin’s depression and suicidal thoughts come from multiple traumatic experiences, which is vastly different. We see Val slowly come to this conclusion throughout the film, which ultimately results in what can only be defined as a tragedy. These men’s emotions are real; this film validates that. We can use these men’s feelings to explore our own thoughts on suicide and trauma. How unhappy are we really? And what is a proper way to process that?

Apart from being a deep insight into Kevin and Val’s feelings, On the Count of Three is all about their friendship. As these two go about their last day, we see breadcrumbs of their lives beforehand. Through poor music choices, childhood reflections, and the line of extraordinary comedians that make their way into the story, we see the deep and substantive friendship they have. The chemistry between Carmichael and Abbott is unparalleled. Abbott specifically is giving a tremendous performance and does a lot of fill in for his character.

Lavell Crawford, J.B. Smoove, Tiffany Haddish, and Henry Winkler all show up in this story and give impactful performances. Each offers a different insight into Kevin and Val, both collectively and separately. Winkler’s Dr. Brenner is the most necessary to the plot, but Haddish’s Natasha is the most insightful. Her conversation with Val goes a long way into turning him around while also speaking to the themes his character represents. A departure from the typical bombastic role she often finds herself in, Haddish turns in a heartfelt and authentic performance.  The same can be said for J.B. Smoove, who is known for his high energy. He shows a level of depth in his performance that I didn’t know she could muster. Apart from being great appearances in the story, On the Count of Three is a showcase of the incredible talent of these comedians.

On the Count of Three hits all the right notes. Across the board, it’s exceptionally well-made. There is a confidence in its direction that is refreshing and that manifests itself in the film’s humor. Wickedly funny, you’ll be laughing at things you wouldn’t have imagined to be funny. What places it at the top of the Sundance Film Festival is its depth. Its insightfulness surpasses its humor, which is an undeniably impressive feat. Ultimately, On the Count of Three is a wonderfully tragic film.

Thank you for reading! What are your thoughts on On the Count of Three? Comment down below!

Did ‘Catfish’ Open our Eyes to the Risks...