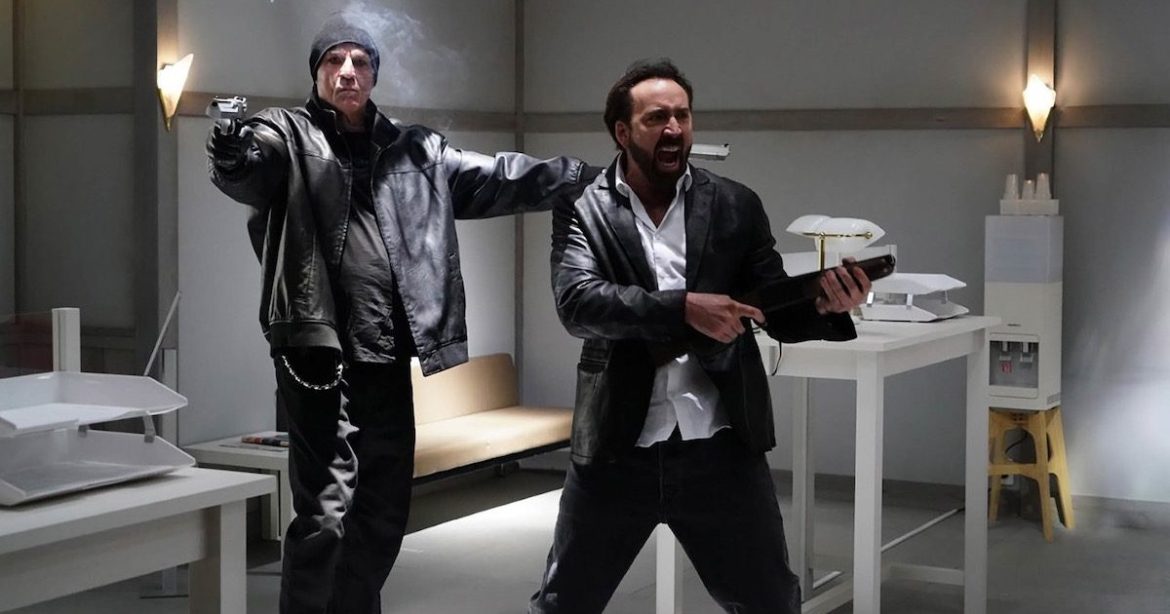 It shouldn’t take long for audiences to realize they are viewing the birth of a cult classic when they watch Sion Sono’s latest film Prisoners of the Ghostland, which sees him pairing with Nicolas Cage. It might dawn on some in the opening moments of the film when Nicolas Cage enters a bank he intends to rob screaming, “BANZAI!!!!” as he fires his shotgun into the air. Maybe it’s in a scene that follows when we see Nicolas Cage sporting a fundoshi which he strips himself of and throws at the face of an unsuspecting woman. If not, then it certainly will happen when he is forced to put on a suit armed with bombs that rest upon valuable parts of his body including arteries on his neck, his arms, and of course, two bombs fashioned directly on top of his testicles. It’s safe to say I loved this film.

If none of what I referenced above sounds interesting to you, then you should probably stop reading this review and avoid this film at all costs. Everything I reference above happens in the first 10 minutes of the film and doesn’t even scratch the surface of the delightful insanity this film has to offer.

Prisoners of the Ghostland is an action/western/samurai film hybrid that follows Hero (Nicolas Cage), a criminal granted the task of retrieving the niece of village-leader The Governor (Bill Moseley) who has disappeared under mysterious circumstances. The journey will take him to the Ghostland, a place feared by the villagers where no one returns from after traveling to it.

Sono brings such a wonderful energy to this film with his direction. The visuals in this film are consistently interesting and often exciting. I was particularly surprised by the action sequences which I thought weren’t just entertaining, but badass. It is clear that samurai films are a huge inspiration to the action and particularly, the way the action is framed. It brings an interesting energy to the film that also feels heavily inspired by Spaghetti Westerns. The Eastern and Western influences blend to a very effective degree in the process, making Prisoners of the Ghostland truly a one-of-a-kind film.

Likewise, it is impossible to talk about this film without mentioning Nicolas Cage, who in this film is, for lack of a better word, UNCAGED. He is an absolute force of chaos in what is most certainly one of his most wild on-screen performances. It also feels apparent that this film was written and conceived clearly with Cage in mind for the lead role. If you appreciate when Nicolas Cage goes wild, you’ll probably leave this film thinking this is one of the all-time great Cage performances. There are scenes that utilize his brand of charisma so effectively, none better than a climactic speech Cage delivers which made me laugh so hard I almost choked to death.

To say more about this film would ruin the many fun surprises it holds. It is safe to say I strongly recommend this film and that I loved the experience of viewing it. It is not often that a movie that is this fun of an experience (if you are on the film’s wavelength) comes around. As someone who cherishes an experience like Prisoners of the Ghostland, I wish I could have experienced it with a full audience in a theater. If you have made it to the end of this review, and you get the chance to have that experience, then I encourage you to treat yourself and do it.

Thank you for reading! What are your thoughts on Prisoners of the Ghostland? Comment down below!