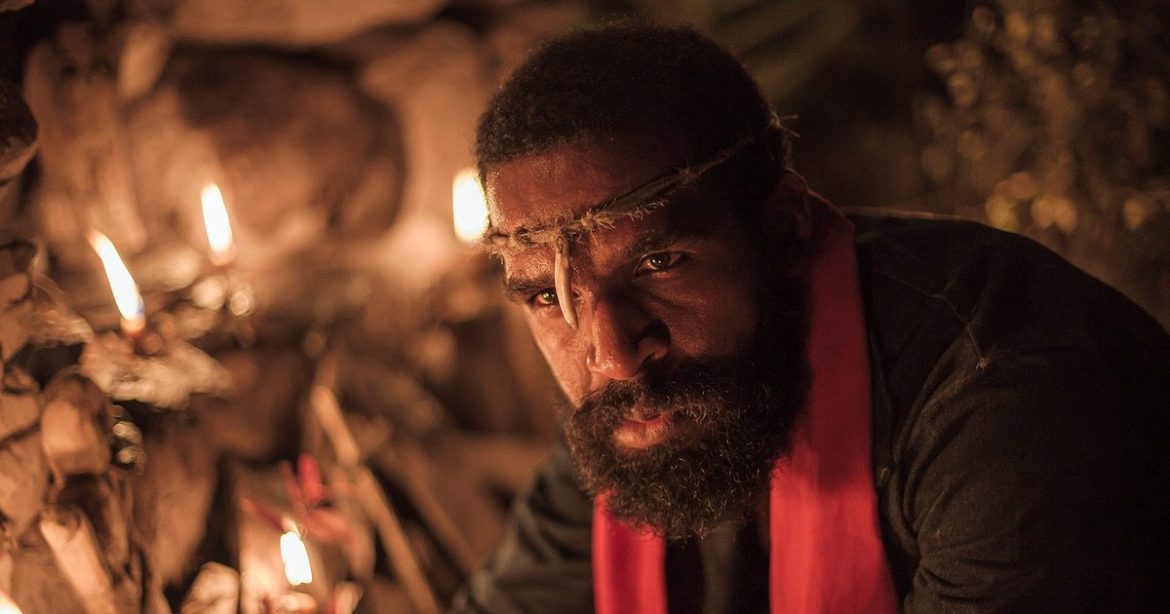 Nino Martínez Sosa’s Liborio aims to deconstruct many religious concepts while providing a gripping narrative for audiences alike. The story tells that of the popular religious leader, Papá Liborio, who created a self-reliant commune in the mountains of the Dominican Republic. Themes of perseverance and fighting for what’s right are at the core of the story as Liborio provides hope for his community.

Set in the south of the Dominican Republic, the film starts with the main character, Olivorio Mateo (Vicente Santos, also known in the film as Papá Liborio) as he disappears while battling a hurricane. At this point, the people in his village think he’s dead, but his son thinks otherwise and keeps looking for any sign of Liborio. Eventually, Liborio is found and returns to the village, where he reveals himself to be a prophet whose purpose is to cure the world of all evil. The citizens quickly place Liborio in high regard after his reemergence. His supposed healing abilities and prophecies amass him plenty of attention and followers. Celebrations are held for Liborio as his prophet status is spread around the village.

The celebrations don’t last long, though, as American marines begin their occupation of the Dominican Republic. For Liborio and his village, this means their living conditions harshly decline and the struggle against tyranny becomes more prominent in their lives. Skirmishes ensue as the fight for freedom continues. By the end, there’s a sense of dread as it seems the people of Liborio’s community have lost everything.

Sadly, this very well-built-up story doesn’t translate to a satisfying final product. What ruins the story of Liborio is how stale the presentation is. The most extreme display of its spiritual aspects is simple audio distortion, and that comes across as more annoying than anything else. Nearly every shot in the film is visually noisy and lacks a dynamic color scheme. Similarly, all of the acting is mostly fine, but none of the performances are exceptional in the slightest. The music is the standout, which makes the celebration scenes the most memorable parts of the film.

Nino Martínez Sosa’s Liborio sorely lacks the finer details of filmmaking to make to story of Liborio work. The weak color palette and unexceptional acting do nothing but harm a story that needs a distinct style. It all comes down to the execution of the story, and Liborio sadly doesn’t come through at the end.

Thank you for reading! What are your thoughts on Liborio? Comment down below!