The coming-of-age story is a tested and true formula. 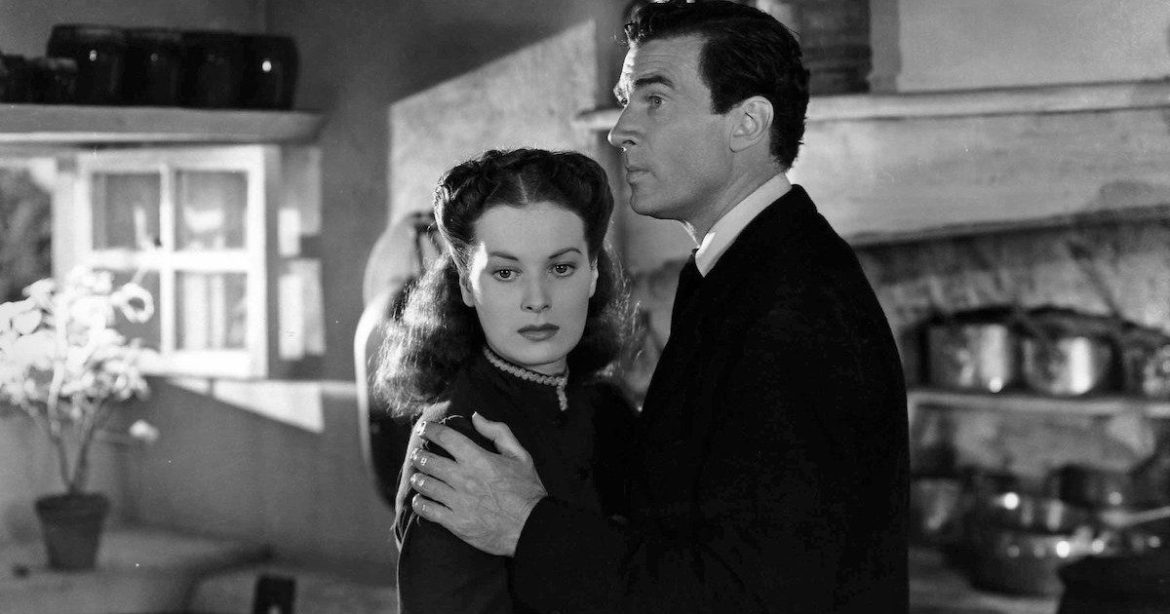 How Green Was My Valley is a movie that can only be truly appreciated if you take the time to slow down and savor it. I would compare it to modern films like The Tree of Life, Boyhood, or Stand By Me. It’s a classic coming-of-age story that we can all relate to, even if we haven’t had the exact same experiences. You can’t expect it to reach out and grab you like an action film — you have to give yourself to it.

Boy Grows Up in Hard Times

This storyline has been used time and time again. Why? Whatever gender, we’ve all gone through hard times. Maybe not Great Depression or Black Plague level times, but hard times nonetheless. It’s even more difficult to go through these times when you aren’t yet old enough to fully comprehend them; in fact, it makes you grow up even faster. In a way, we can all relate.

Huw Morgan (Roddy McDowall) had a picturesque life in a small village in Wales, but he was soon forced to grow up because of injuries, death, and poverty. If you could take a side-by-side picture of Huw in the first scene of the movie compared to the last, you would see a changed boy.

I wouldn’t say that ordinary becomes extraordinary, but it is noteworthy. A lot of people don’t like How Green Was My Valley because they feel it’s slow or boring. Who wants to watch day-to-day life for two hours?

Yet, it’s so much more. Like The Tree of Life, it’s not just about one individual’s day-to-day life; that’s just how the story is told. It’s a bigger lesson about how life evolves for all of us. At the start of How Green Was My Valley and The Tree of Life, the boys don’t have many cares beyond their immediate needs. They play and interact with their family and don’t think beyond that. Once they grow, life becomes more complicated and they understand bigger concepts like love, pain, and loss. They learn lessons only taught by life experiences.

That doesn’t hold the audience’s attention the same way a movie filled with action and quick storylines would. It’s a plot that requires the audience to sit and ponder each frame of the movie. They are forced to relate the film to their own life and think of how their own experiences have shaped how they see said film. It’s not just a movie — it’s an exercise in introspection.

How Green Was My Valley is told mainly through the eyes of Huw, with omniscient moments that the narrative allows us to see. Because of this, the narrative may seem overly chipper or seen through rose-tinted glasses. Huw may have seen the coal mine in his town go under, but he may not have entirely understood why that happened. We get a brief explanation from his brothers that men are willing to work for lower wages, putting more skilled workers out of a job. However, there may have been other factors affecting this, especially considering the abrupt reaction of Huw’s brothers to leave the house when their father disapproves of the coal miners’ strike.

This is in contrast to the more morose story of Mason in Boyhood, which ditches the rose-tinted glasses to show the sorrow and pain that he faced. Mason knew what was going on in his abusive household and made no pretense when retelling the story. Whereas Huw didn’t necessarily understand everything going on and gave a retelling of what he knew.

The Facts of Life

A common theme running through any coming-of-age story is the lessons learned by our main character. Huw lived a life of relative ignorant bliss until hard times came to the family in the form of economic hardship and loss. The same is true of The Tree of Life and Boyhood and Stand By Me. Our main characters start their lives in a state of joy with few worries that really matter in the grand scheme of things. Through experience, their problems become bigger and they learn life is not what they once thought.

For Huw, that means that his idyllic valley is not a safe haven from the troubles of the world. Economics seemed foreign to him until they hit his family. Death was unfamiliar to the boys in Stand By Me until they found themselves staring down into the eyes of a corpse. Huw grows up because he knows what it means to grieve, to fight, and to truly love along with his family.

Thank you for reading! What are your thoughts on How Green Was My Valley? Comment down below!

I have this in the 20th Century fox Studio Classics boxed set but haven’t watched it or All About Eve yet. i remember Alex Trebek saying it was his all-time favorite movie when it came up in Final Jeopardy!

I didn’t know it was his favorite movie! That makes me love it more :’)

I have another story about it. When I was an undergraduate film student, one of my classmates, Ryan Checkeye, was researching John Ford. He made frequent visits to Indiana University’s Bloomington campus (we were at the Indianapolis campus), where the Lilly Library held the John Ford papers. They own two of his four Oscars, and he reported that they allowed him to hold it, providing him with white gloves to wear to protect it. It was the Oscar for How Green Was My Valley. My priority in watching this film has just gone up. It’s right here on the shelf next to me. I keep seeing All About Eve on must-see lists, so I’ve got to get that one in soon, too, I bought that collection because at the time, it was the only way to get Sunrise. I watched Lindsay Anderson’s Mick Travis/Malcolm McDowell trilogy recently, and on the if…. audio commentary, Malcolm McDowell said that “my namesake” Roddy McDowall told him that he was being called for child roles into his fifties, as Malcolm McDowell was being called to play schoolboys into his fifties.