‘Test Pattern’: The Aftermath of a Crime Is Just as Harrowing 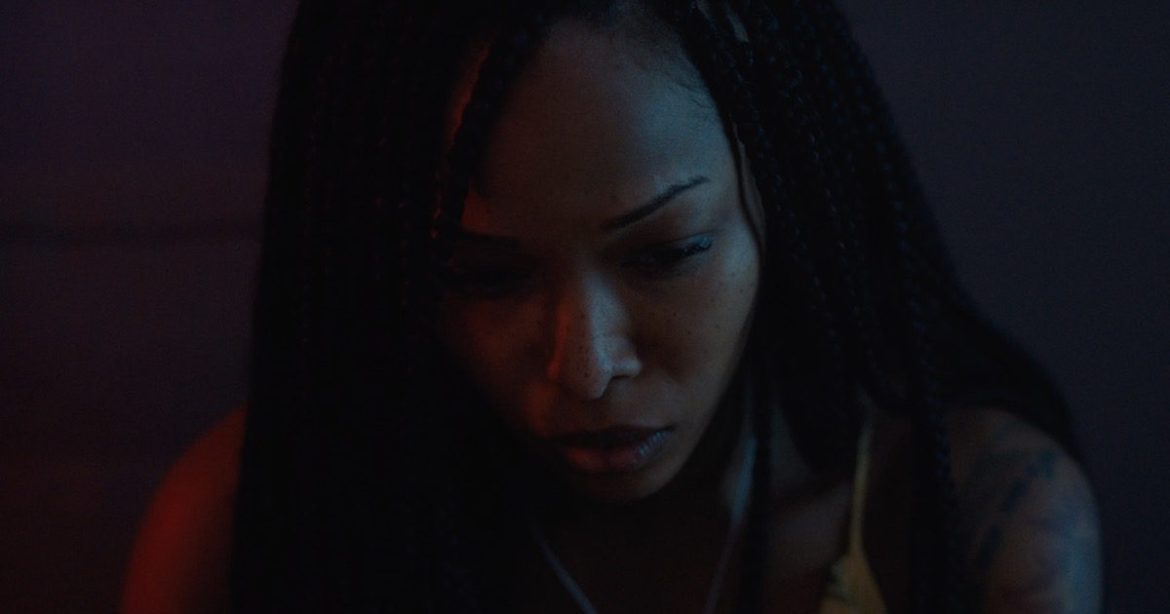 It’s been a considerable amount of time since I finished watching Test Pattern and I am still in shock. Although I am not American, I am very familiar with the themes of this movie: the #MeToo movement, the defective health system in America, social inequality, and sexism. What is most distressing — especially when you combine all these themes — is that what happens after a crime is as traumatic as the crime itself.

In the beginning, Test Pattern feels like a romantic comedy, which is also reflected in the score. Renesha (Brittany S. Hall), a young black woman, is out with friends of hers, having a good time. Toward the end of the evening, a young White man, Evan (Will Brill), clumsily approaches Renesha. He ends up getting her phone number, but it takes some time before he gathers enough courage to call her. After this bumpy start, the two begin a relationship and fall in love.

The mood and tone of the movie change dramatically on the evening of the first day of Renesha’s new job. Test Pattern slowly morphs into a psychological thriller. Renesha receives a telephone call from Amber (Gail Bean), one of her friends, asking to go out. Initially, Renesha is hesitant. After all, she has to work the morning after. But finally, she gives in and promises her boyfriend not to make it too late.

During their night out, two men approach Renesha and Amber for some drinks and dancing. Too much alcohol and weed lead to things getting completely out of hand. The whole night seems to be a hazy nightmare. Renesha finally wakes up in the bed of one of the men. She feels ashamed and guilty. Moreover, she is confused because she only remembers bits and pieces of the sexual assault.

But the nightmare isn’t over for her. Evan is adamant about reporting the crime and getting a rape kit. He drags his girlfriend from hospital to hospital before they finally have access to one. Test Pattern is now a drama. They finally report the crime, but in the meantime, the tension between the couple grows. Ultimately, the fact that Renesha remembers very little of what happened during that fatal night works to her disadvantage.

Because of the various issues the film deals with, Renesha is not once, but twice a victim. It’s the two men who put pressure on the two women to consume way too much alcohol and weed for their own good. At first, because of his shyness, Evan seems to be an exception. But it’s he who decides to report the assault. Renesha, on the other hand, is very reluctant. She blames herself and keeps on apologizing to Evan. It’s also Evan who insists on the rape kit. Although he comes across initially as a caring and protective man, he ignores his girlfriend’s feelings. Renesha needs time and some rest to come to terms with what has happened the night before. 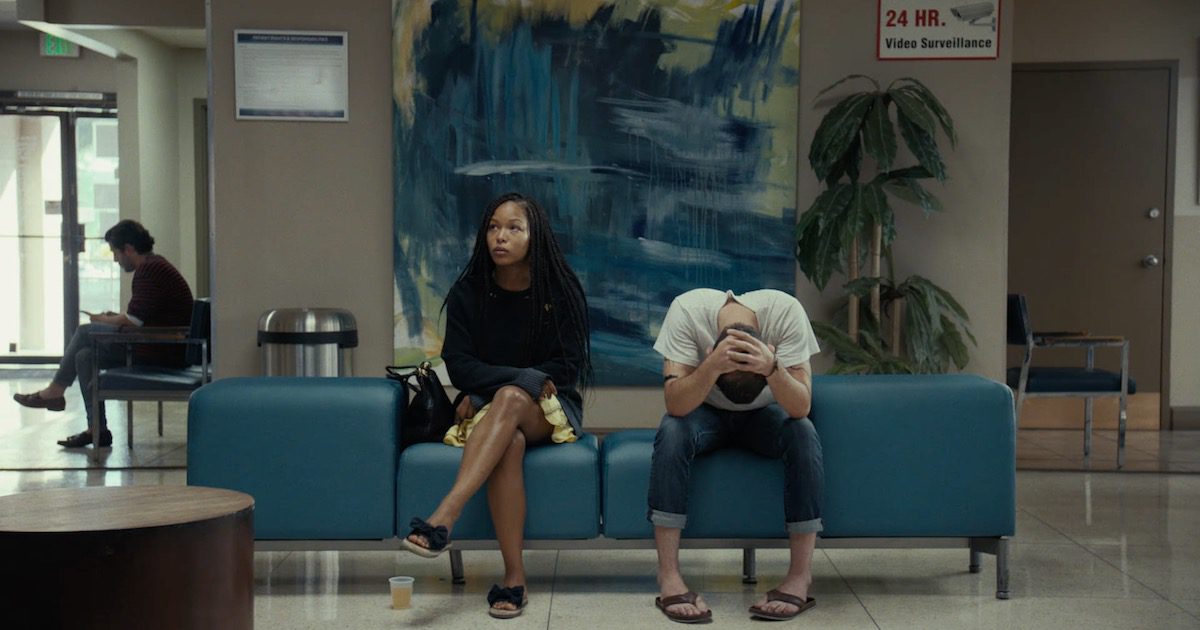 We mustn’t forget that we are also dealing with an interracial couple, a tattoo artist, and a highly educated woman. Test Pattern also takes place in Austin; at the beginning of their night out, Renesha and Amber discuss the infamous Austin bombings of 2018 which targeted Black and Hispanic people. Amber doesn’t mince her words. She doesn’t feel safe anymore, and even blames Trump. It also means that, as Black women, Renesha and Amber both face the effects of racism and sexism which permeate the entire film.

The fact that Evan and Renesha are rejected by several hospitals is not fiction, either. This is a stark reality for many: if you don’t have any medical insurance, you are simply screwed. This applies also when you have the wrong medical insurance. On top of it all, not every medical facility has rape kits (or not enough). And when they do, they don’t have the necessary expert personnel. When Renesha finally undergoes the medical examination, the whole procedure is extremely humiliating. It’s no wonder that many sexual assault victims choose not to report such crimes.

The hashtag #MeToo may have almost disappeared from Twitter and other social media platforms. That doesn’t mean, however, that the problems have been solved. Far from it. Test Pattern articulates that America is in a crisis, on different levels. It’s already traumatic enough when a woman becomes the victim of a sexual crime. The judicial system, the health care system, and even male partners may try to help, but they often just augment the trauma.

This is Shatara Michelle Ford’s first feature film, both as a director and writer. Test Pattern is a brilliant movie that relies on a strong screenplay and presents serious issues as seen through the eyes of a Black woman. The set design, soundtrack, and cinematography all support and reflect the three different genres the movie moves through beautifully. Go see Test Pattern — it could become one of the best films of the year.

Thank you for reading! What are your thoughts on Test Pattern? Comment down below!