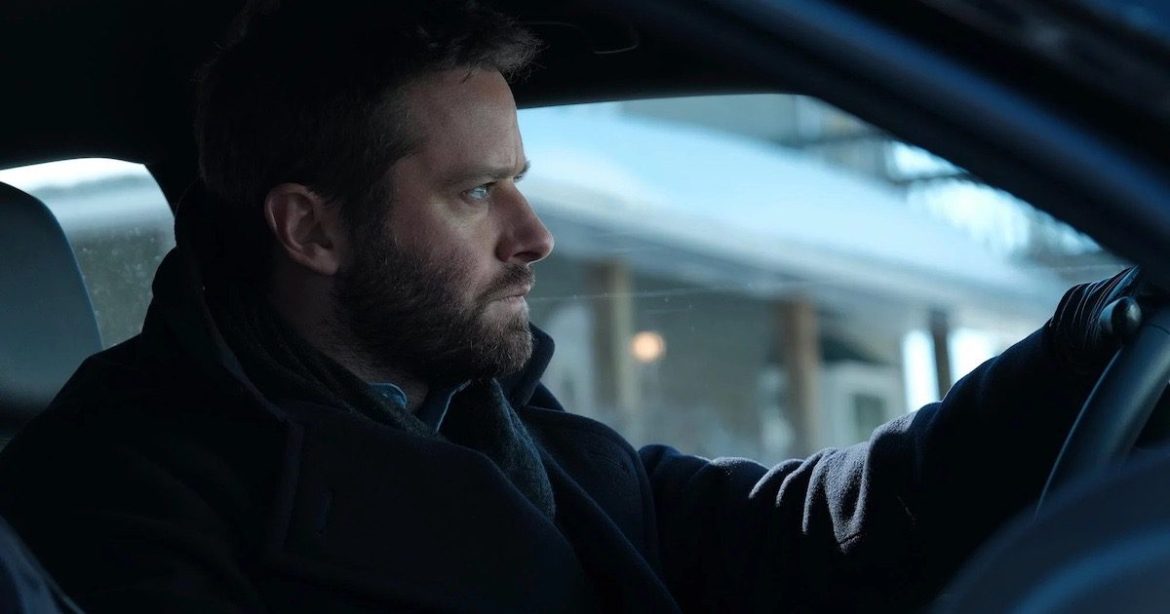 Coming nine years after his debut feature film, director Nicholas Jarecki returns with Crisis. The film stars Gary Oldman, Evangeline Lilly, and Armie Hammer and tells three colliding stories about the world of opioids and their sickening grip on the American middle class. Tackling themes of addiction, scientific intrigue, and police engagement, Jarecki attempts to meld these three storylines into a cohesive narrative that is aimed at raising awareness toward the ongoing issues of painkiller addiction and their effect on society.

As mentioned, Crisis is a film told across three storylines. One involves an undercover cop — played by Armie Hammer — who attempts to infiltrate a large organization of opioid dealers; Another features Evangeline Lily as an ex-addict who is trying to uncover what has happened to her son after he is found to have passed away from an oxycodone overdose; and the final storyline, which is easily the film’s strongest, follows Gary Oldman as a university doctor who stumbles across a sinister side effect caused by a new, up-and-coming painkiller that is about to hit the shelves.

Much to the film’s detriment, these three storylines hardly intertwine at all. For the majority of the runtime, Jarecki jumps between the three stories in a way that is often jarring. Just as the audience starts to become engaged with one of the plot threads, Crisis will jump to one of the other stories. While this method of storytelling has been successful in the past, it unfortunately doesn’t work well here as the three plots almost never cross with each other. While Jarecki’s intentions are clear, the choice of storytelling consistently pulls the audience out of the film, never leaving enough room to breathe with any of the characters or their accompanying stories.

What this ultimately boils down to is Jarecki’s screenplay. While there is a clear vision with the film, the way that it goes about telling its story is never engaging, nor streamlined. Jarecki’s direction is also rather sub-par across the board. Despite getting a couple of good performances out of Lily and Oldman, the rest of the film is very stilted and dull with many performances coming across as quite flat. Armie Hammer, especially, seems to phone in his performance here, as this is easily one of his weakest outings.

With all that said, there is a good film hidden within Crisis, and that’s within Gary Oldman’s arc. Playing a university doctor, Oldman delivers a pretty good performance when compared to the rest of the film’s cast. Additionally, his side of the story is the most engaging part of the whole movie. Throughout, we follow Oldman as his character goes through a moral journey of trying to bring this news of a highly addictive painkiller to the public, despite the efforts to stop him by the company that has created the drug. Had this been the focal point of the whole film, with some extra story elements to flesh out the messages and themes, Jarecki would have been able to explore the message that he is trying to convey in a more effective way. As constructed, Crisis functions more as three different movies about a similar topic that are crammed together.

The remaining two storylines are typical mysteries that have nothing particularly interesting to say about this ongoing issue. While Evangeline Lily gives a good performance, her storyline of is often quite dull and uninspired. The same goes for Armie Hammer’s part of the film, which becomes a typical undercover cop thriller that is extremely predictable and never feels like it has any real stakes due to the disconnect with its featured characters.

Crisis is an unfortunately bland look into an important issue. With a forgettable score and dull visuals, Crisis misses the mark in almost all aspects. Jarecki is able to get a couple of good performances out of Lily and Oldman, however, its lack of narrative focus clouds everything else. The opioid epidemic has touched so many lives on levels we may still not comprehend; in theory, a multilinear narrative structure is more than logical. Although in this case, Jarecki may have overextended himself. Had he refined the script and focused solely on Oldman’s plot, Crisis could have been a genuinely intriguing and necessary exposé.

Thank you for reading! What are your thoughts on Crisis? Comment down below!

Top 10 Thought-Provoking Films You May Never Have...