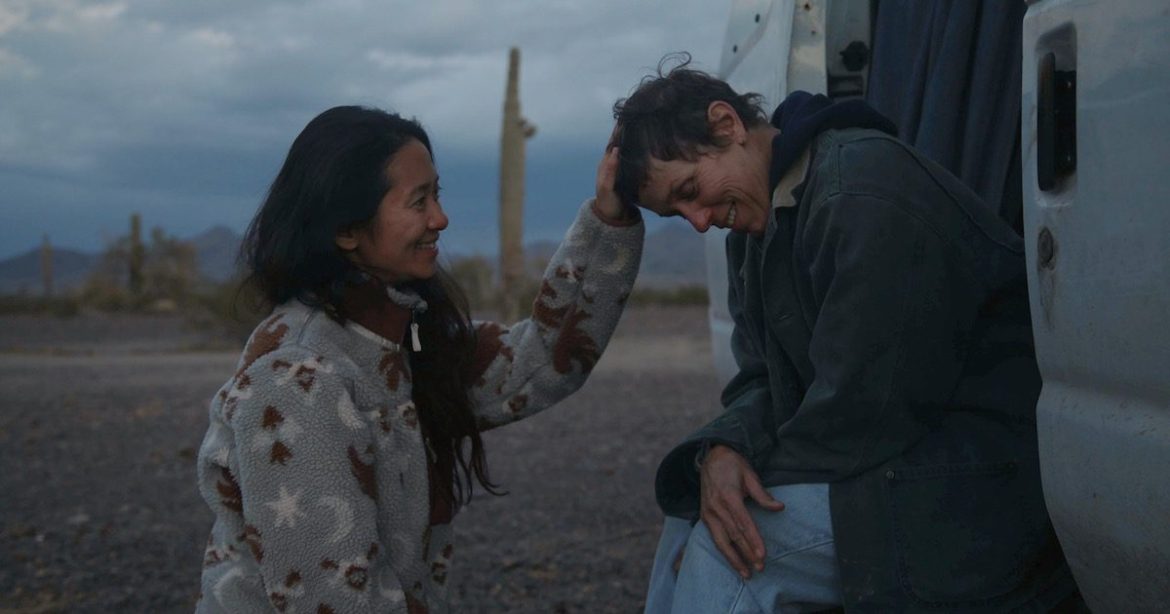 Below I will lay out my predictions for most of the Academy Awards categories that are being unveiled by tomorrow morning. (I say “most” because I won’t be predicting for any of the short film categories.) Without further ado, I will rank list these predictions on a scale of safe bet, likely lock, on the border, to hail mary.

Let’s have some fun!

One Night in Miami (likely lock)

The Father (on the border) — if there are 10 nominations

While I’m mostly confident with this list of films, The Father has been losing steam lately due to a poor release by Sony Pictures Classics and a clear difficulty of getting the film out there for people to see it. I’d keep my eye out on News of the World which could very easily land a nomination as well. Other films that could potentially make a surprise here are Da 5 Bloods, The Mauritanian, and… yes, keep an eye out for Borat Subsequent Moviefilm.

Aaron Sorkin — The Trial of the Chicago 7 (likely lock)

I decided it’d be wise to go with the PGA lineup here. Regina King is certainly on the fringes for her work on One Night in Miami, and the Academy tends to throw us a curveball in this category. Think Paweł Pawlikowski for Cold War at the 2019 Oscars.

Andra Day — The United States Vs. Billie Holliday (on the border)

I’ve become increasingly wary of Vanessa Kirby’s chances as of late, but I won’t go against the grain here. Andra Day’s Golden Globe victory might be enough to put her over the line.

Steven Yeun — Minari (on the border)

Gary Oldman — Mank (on the border)

While I go with Oldman and Yeun here, this category has many interchangeable individuals in that 4-7 range. Hopkins, Boseman, and Ahmed seem to be unstoppable.

Amanda Seyfried — Mank (on the border)

Jodie Foster — The Mauritanian (on the border)

This category has been a mess since the start of the season, and that’s why it’s the one I’m most excited for. While I ultimately chose these five, keep an eye out for Olivia Colman and the fast-rising Dominique Fishback, or heck, even Helena Zengel. Bottom line is, no one is a safe lock for this one.

Sacha Baron Cohen — The Trial of the Chicago 7 (likely lock)

Paul Raci — Sound of Metal (on the border)

While Kaluuya is a heavy favorite to win here, the real challenge is predicting who comes after him.

Minari (on the border)

Sound of Metal (on the border)

There seems to be a battle gearing up between the two safe bets in this category!

One Night in Miami (safe bet)

The Father (on the border)

The Mauritanian (on the border)

Aside from the top two in contention, there’s a wide-open race here for the bottom three slots. Look out for The White Tiger as well.

The Croods: A New Age (on the border)

Over the Moon (on the border)

This seems like the likely five. I do anticipate a curveball, though.

The Truffle Hunters (on the border)

Welcome to Chechnya (on the border)

I listed Dick Johnson is Dead as a hail mary prediction simply because of how quirky and out there it may potentially be for the Academy. It would be quite an inspired nomination, though.

Promising Young Woman (on the border)

Judas and the Black Messiah (on the border)

The Trial of the Chicago 7 (on the border)

News of the World (on the border)

Minari (on the border)

“Fight for You” — Judas and the Black Messiah (likely lock)

“Turntables” — All In: The Fight for Democracy (on the border)

News of the World (likely lock)

Mulan (on the border)

The Trial of the Chicago 7 (hail mary)

Mank (on the border)

Birds of Prey (on the border)

Mank (on the border)

Mulan (on the border)

Greyhound (on the border)

News of the World (on the border)

Nomadland (on the border)

I’ll be up bright and early tomorrow when all the Oscar nominees are unveiled at 8:00 am EST. If you want to make sure to follow along with the awards season and all MovieBabble has to offer, listen to our podcast series, MovieBabble Presents: the Road to the 2021 Oscars below!

Episode 4: The Road to the 2021 Oscars: Episode 4 (Critics Choice and BAFTA Reactions)

Episode 3: The Road to the 2021 Oscars: Episode 3 (Golden Globe Reactions)

Thanks for reading, and listening! What are your thoughts on my Oscar Nomination Predictions? Comment down below!

Here’s what I would like to see with the Oscars nominations:

Paul Raci gets a nomination for Supporting Actor. I think he stole the show in “Sound of Metal”. I would love to see this character actor finally get some recognition.
Da 5 Bloods get a few nominations. It’s a shame that this fantastic film, especially Delroy Lindo, are getting overlooked this awards season.
NO JARED LETO. Why did he get a Golden Globes and SAG nomination? The only thing Jared Leto should get nominated for is for a Razzie.
Soul gets a nomination for Best Picture. This one is a long shot. While there is almost little to no chances of this film getting a Best Picture nod, but this amazing film deserves this slot.

The Pod of the Chicago 7