The Road to the ‘City of Lies’ Was a Long One 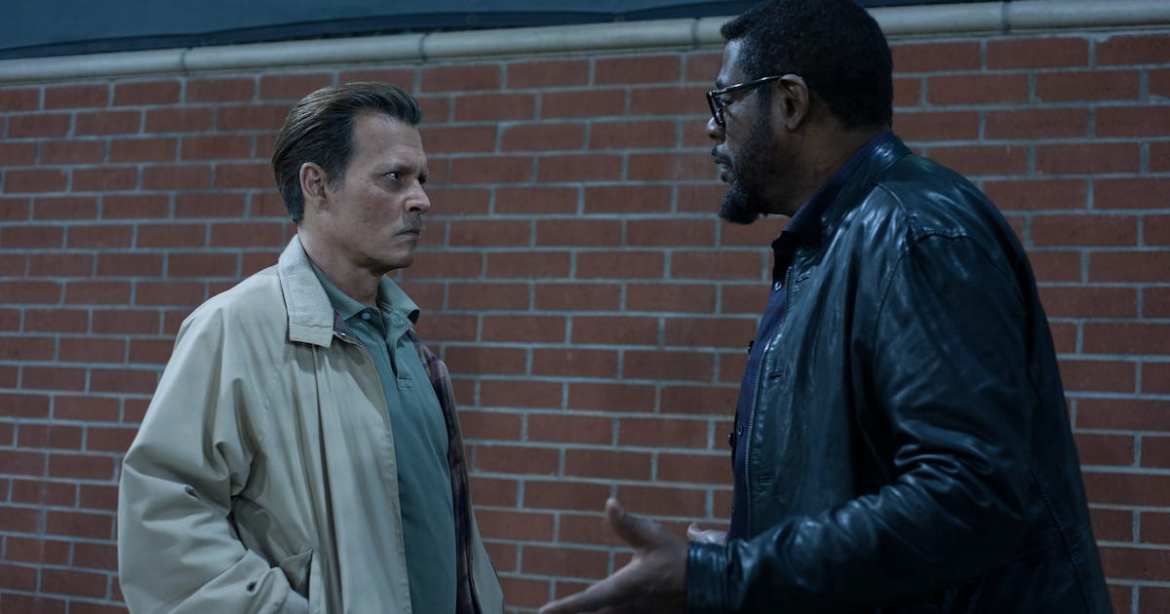 The “new” movie City of Lies is based on a 2002 nonfiction book called (deep breath), LAbyrinth: A Detective Investigates the Murders of Tupac Shakur and Notorious B.I.G., the Implication of Death Row Records’ Suge Knight, and the Origins of the Los Angeles Police Scandal, by Randall Sullivan. The process of bringing this film to audiences was almost as long as the book’s title. Almost.

The film rights were acquired back in 2013, with distribution rights, casting, and so on forthcoming in 2016. Filming had wrapped by mid-2017, with release scheduled for the fall of 2018. That’s when the drama really began. There are different theories as to why the release of this film has been blocked in the U.S. until now.

Some say it was because Johnny Depp, the movie’s co-lead, was embroiled in an ongoing lawsuit with the film’s location manager after an on-set altercation, among other public allegations made against him at the time. Others believe the Los Angeles Police Department (LAPD) did everything in their power to prevent this film from being seen, given their portrayal therein, and the lawsuit was just a diversion. Once you see this movie, you will likely draw your own conclusions about the release delays.

Whatever the case, here we are. City of Lies will finally hit VOD services this week, after a very limited theatrical run in mid-late March.

City of Lies is a true crime story about a retired LAPD detective (Depp), who has studied every angle of an unsolved murder for nearly 20 years. It haunts him, as he lives an X-Files type of existence in a war room-like apartment. A journalist (Forest Whitaker) doing a piece on the case, and trying to live down a previous one, seeks out the officer to discuss his findings.

There is an initial clash of personalities, typical of this type of film. According to my bit of research (read: Googling), though, the evolution of their onscreen relationship is relatively true to life.

Our grumpy retired officer, and journalist in need of redemption, respectively, reveal the story to us as we go along. The movie sells police corruption, and mobster-like music moguls as if they are shocking. Sadly, they are not. Some of the particulars, however, really do leave the viewer reeling at times.

It is quite a ride. You know those rollercoasters where you wait in line for three hours, then it lasts about 30 seconds? This movie feels a bit like that. More on that later.

We Were Obsessed, Too

I probably would have watched this movie eventually, because I enjoy both Depp and Whitaker as performers. However, the murder at the center of the story being that of Christopher “Notorious B.I.G” Wallace is what made me watch now.

My social circle and I (journalism students at the time) were enthralled by three high-profile deaths that occurred back then. Tupac Shakur (September, 1996), the aforementioned Wallace (March, 1997), and of course, Diana, Princess of Wales (August, 1997). All three happening within a year, and under shady circumstances, made them all the more captivating.

In fact, I see a lot of us in Whitaker’s character, Darius “Jack” Jackson. That somewhat naive approach, where you think you know exactly what you’re after, but find both more and less than you bargained for. Whitaker pulls off the combination of bewilderment, determination, and frustration perfectly.

That said, Depp’s character, Russell Poole, reminds me somewhat of my present self. That Danny Glover level “I’m getting too old for this” demeanor (and fatigue). Whitaker himself is two years older than Depp, but Poole presents older than Jackson. And it works. Jackson still has some optimism, whereas Poole is just… over it.

That dynamic changes slightly as the story progresses, which is nice to see. The men become fleshed-out humans, rather than caricatures. That’s especially helpful when portraying real people.

What This Movie Did Well

One of my favorite aspects of City of Lies is the inclusion of Christopher Wallace’s mother, Ms. Voletta. It was unexpected, given I didn’t look into anything about the film until after I watched it. She appears as herself, both in archive footage (including particularly effective use of audio), and a touching scene with our two leads. Her voice and demeanor offer some peace in an otherwise heavy experience such as this.

I really enjoyed the performances, here. From the leads to the extras, just about everyone involved really sold this story, and its docudrama vibe. I was pleased to see several of my favorite “character actors” in the mix, as well. That was a nice surprise.

What Could Have Been Better

Sadly, the main thing this film could have done to be better, is the one thing it couldn’t possibly do. And that is offer resolution. This story is, quite frankly, infuriating. For those on screen, as well as the viewer. To have this murder remain officially “unsolved,” when basically all the dots had been connected, makes one want to throw things! And cry.

As far as things that could have been helped, I will say the lighting. I get they were going for a “gritty” feel, like those cop movies of the 1970s, which worked for most scenes. However, there were times we needed to see more than we saw. More expression on a face, more detail in a piece of evidence, etc.

City of Lies is better than I expected, but it certainly isn’t perfect. On the plus side, there are some things laid out here that I never thought would make it past fan-made YouTube videos. The filmmakers have… testicular fortitude to name some of these names. The scariest among them being currently incarcerated helps a bit, I guess. Though he has a notoriously long reach. I’m remaining somewhat vague, here, so I don’t spoil too much for you.

Small improvements could have been made here and there. Perhaps less time spent on a couple of the side stories would have helped the pacing. However, as I mentioned, this story was unfortunately in need of some padding, given all the dead ends that were reached.

Well, let’s be honest, they weren’t dead ends. They were roadblocks.

Thank you for reading! What are your thoughts on City of Lies? Comment down below!