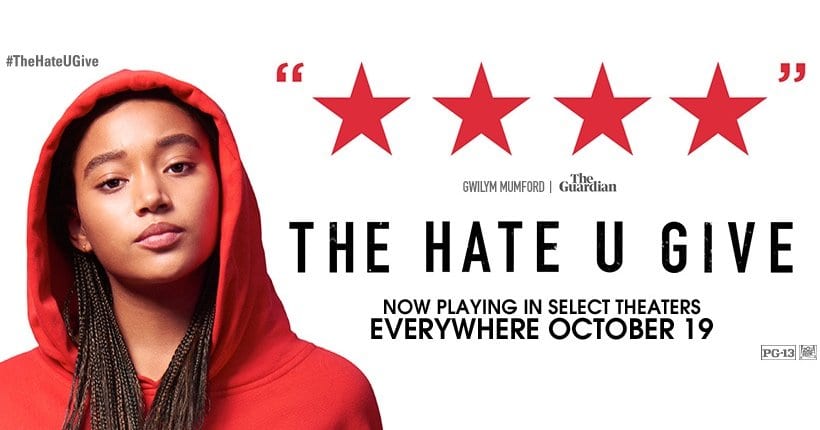 We live in a tumultuous time. You didn’t need me to say that for you to know. Just turn on the news, or, in some circles, look out of your window. Based on the novel of the same name, The Hate U Give is a clear product of the times in which we live, tapping into one of the main hot button issues in society: police brutality.

Luckily for all of us, The Hate U Give comes together quite beautifully for a movie that is equal parts entertaining and poignant.

Written By: Audrey Wells (screenplay) and Angie Thomas (based on the book by)

Starr Carter (Stenberg) is constantly stuck between two worlds. At home, she lives in Garden Heights, a predominantly black, poor neighborhood full of crime. But when she goes to school, she goes to Williamson, a prep school in the more affluent, mostly white section of town.

While she does a decent job of keeping these two worlds separate, her life is forever changed when she is the witness to the fatal shooting of her long-time friend Khalil (Smith) by a white police officer.

Unrest reaches an all-time high in her community following the unfortunate incident, forcing Starr to find her voice and her true identity.

In 2009, Angie Thomas was shaken by instances of police brutality around the country, so she developed a short story for her senior project in her college’s creative writing program. Two things would come out of this. 1) she’d later expand it into the novel The Hate U Give. And 2) her project was a LOT better than the creative writing assignment I put together at the last minute for a class back in college (I’m triggered just thinking about how poor of a job I did).

Thomas took her time writing the full novel, noting that she did not want to make it out of anger and hate, but love. In 2015, unsure if a publisher would be interested in Black Lives Matter-material, she reached out to a literary agent on Twitter for advice. Luckily for her, the novel was bought after a massive bidding war between thirteen publishers (!). A movie deal from Fox came shortly thereafter, even before the book was actually published.

The Hate U Give finally hit bookstands on February 28th, 2017, debuting number one on The New York Times young adult best-seller list. It stayed at number one for 50 weeks.

Amandla Stenberg Finally Has a Role Worthy of Her Talents

Amandla Stenberg is one of those actresses that you’ve seen before, but you wish that she had better material with which to work. After playing Rue in The Hunger Games, Stenberg went on to star in other young adult films such as Everything, Everything and this year’s The Darkest Minds among other titles. If you’re anything like me, you’ve been saying something to the effect of “man this movie is the opposite of good, but I really hope that this actress finds better material — she’s great!”

Look no further than The Hate U Give.

Stenberg shines as Starr Carter, making for the perfect lead actress for this material. Kudos to Angie Thomas and screenwriter Audrey Wells for writing her character to perfection! Starr Carter has such a beautiful arc that it makes Amandla Stenberg’s work even more resonate. She expresses her emotion with ease, becoming a wonderful anchor for this story that has a wide-reaching impact. When necessary, she’s a great crier — you might shed some tears along with her.

Stenberg has to put up so many fake fronts in this movie as her character struggles to find her identity. One minute she’s quiet, the next she’s strong. I absolutely love her performance here. She’s a true role model for younger children — scratch that, EVERYONE — in this role. 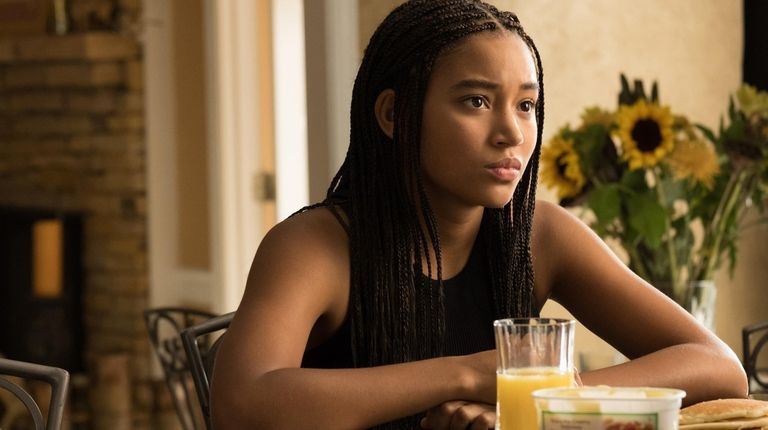 You don’t need me to tell you that this story holds up a magnifying glass to current society in one way or another. A lot of people will rebuke this story solely due to their own moral principles.

Aside from Amandla Stenberg’s awesome work, the one thing I’ll take away from The Hate U Give is how level-headed it is amid the chaos. It wants to have a conversation about police brutality, not a rant. I was so impressed by this film’s maturity. It does not devolve to pitting black people against white people, nor does make it’s side of the conversation completely infallible. The Hate U Give shows this issue for what is: one that is multifaceted.

Yet, it captures some of the more troubling aspects of justice system and questions them, pointing out that these elements should probably be a little less complicated.

The Hate U Give is based on Tupac Shakur’s concept of “THUG LIFE”: The Hate U Give Little Infants Fucks Everybody. It’s a vicious cycle. Hate leads to another unfortunate generation of hate. But when people in the position of power offer their voice as a means to inspire and love, the cycle can be broken. The Hate U Give promotes love for all people to all people — that’s something everyone should love to see in a movie.

The Hate U Give Mostly Avoids Broad Caricatures

Aside from some rather meaningless narration from Starr Carter that telegraphs some of the film’s messages, The Hate U Give lives in the minutiae of this troubling situation, blurring the lines between black and white and instead discussing what is good and what isn’t…for the most part. There’s a few too many caricature-like moments in The Hate U Give that slightly betray that maturity level of the movie. But unlike most movies, those broad characters help achieve the overall message. They’re like a means to an end instead of groan-inducing stereotypes with little depth.

One moment that I’ll remember for a very, very long time occurs between Stenberg’s Starr and Common‘s Carlos, a black police officer that is caught in the middle of this situation. It speaks to the strength of the movie as a whole that this moment is a simple conversation in a kitchen. They just talk. That’s it. But what comes of it is very revealing, and unbelievably compelling. 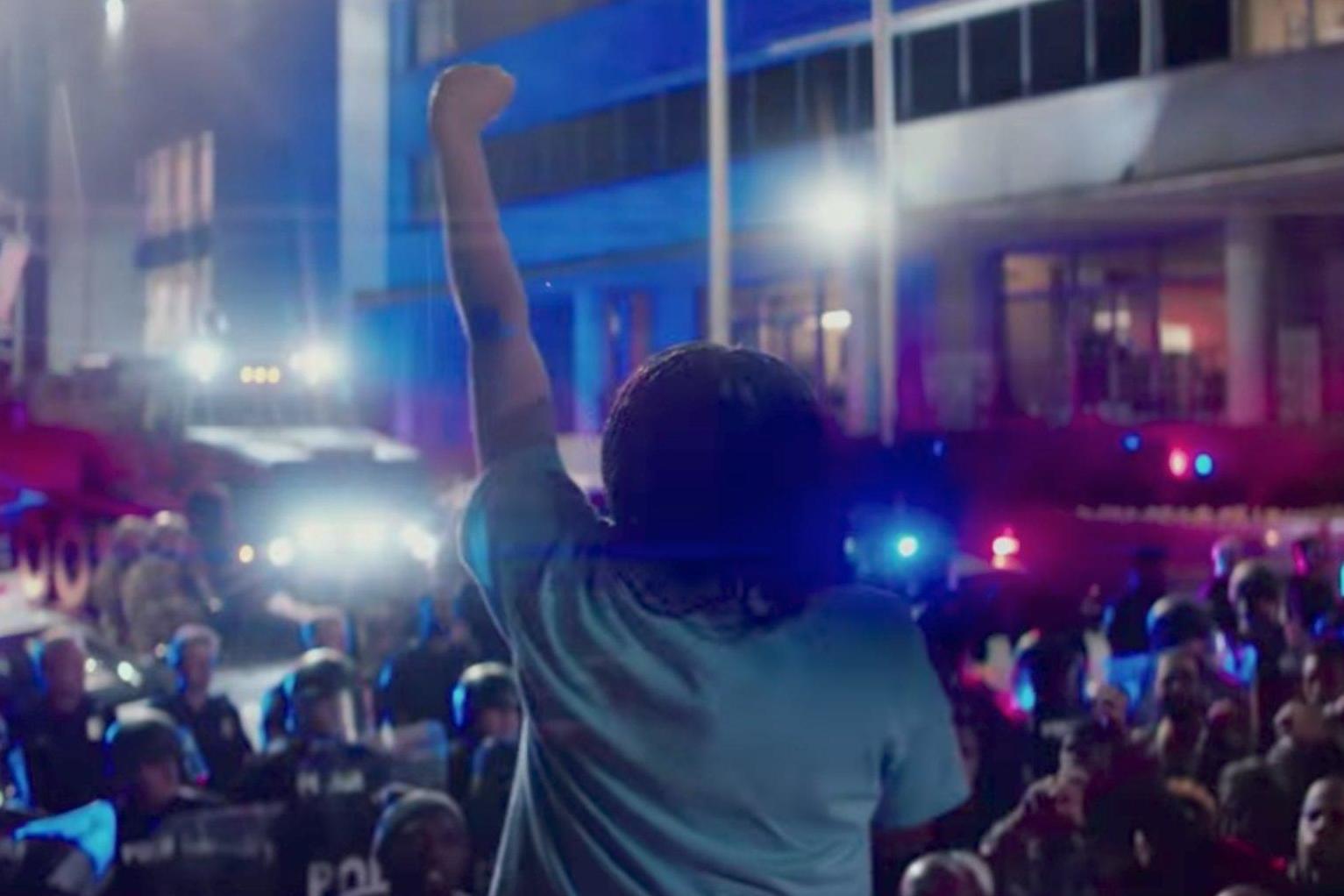 Powerful and thoughtful, The Hate U Give avoids the most pandering elements of most films that depict racial tension from a younger perspective for a delightfully mature film. George Tillman Jr. tackles the perception of race and the negative connotations that come with it through strong conversation. This movie takes its time to break down the issue of police brutality in a very responsible manner, leaning on intelligence instead of pure anger for the situation.

The Hate U Give proves that we can do more with the young adult genre, and I hope we continue down this path.

Thanks for reading! What are your thoughts on The Hate U Give? Comment down below!

[…] on a 2002 nonfiction book called (deep breath), LAbyrinth: A Detective Investigates the Murders of Tupac Shakur and Notorious B.I.G., the Implication of Death Row Records’ Suge Knight, and the Origins of […]

[…] chemistry is largely believable between Rae and Nanjiani throughout. They are called upon to convey starry-eyed newness, bickering, awkward […]

I thought this was a great film. It really made you feel the emotions the characters were going through and tackled difficult subjects very well!

First film to make me cry in the cinema for quite a while as well!

It is a great one, isn’t it? I hope people go out and see it this week to support it! 😁

The trailer does has somewhat piqued my interest, so I may check it out.

Also it’s sad that the screenwriter, Audrey Wells, died only a day before the film was released.

I saw that! What a shame. I hope she was able to see it on the big screen before she passed at festivals

I still liked it but I’m not as big on it as everyone else seems to be. Stenberg is great but the movie as a whole wasn’t as impactful for me as it could have been.

You’re certainly entitled to that opinion 😁

‘Alita: Battle Angel’ and Writing for The Franchise...