‘Slalom’: Intense Drama on the Slopes 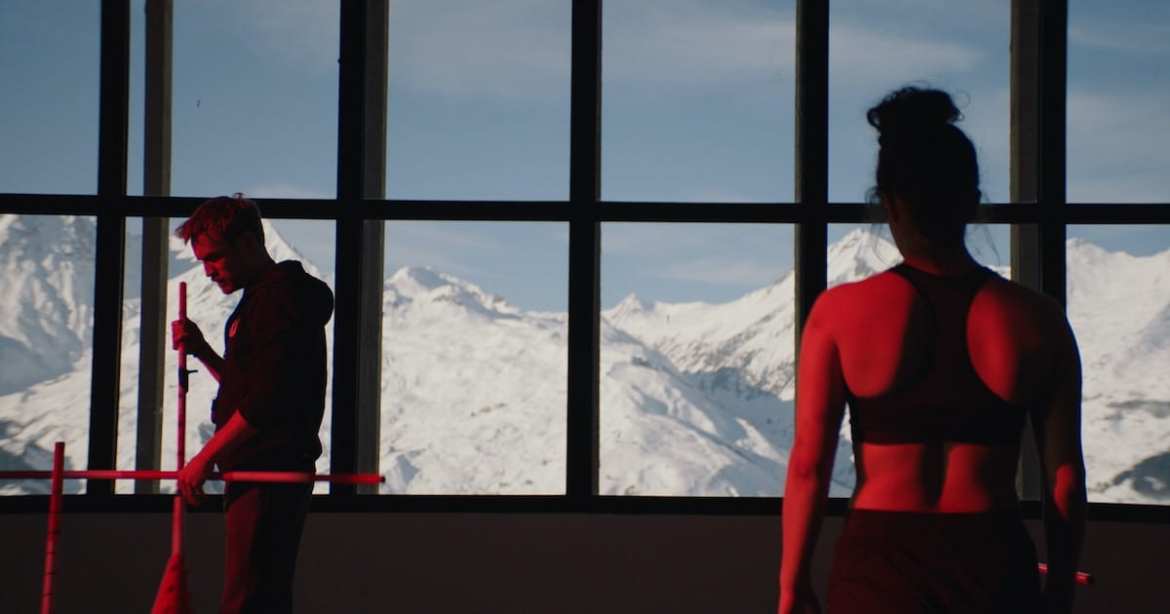 Lyz Lopez is not your average teenager. The 15-year-old girl is a skiing prodigy who dreams of becoming a champion. To this end, she has just joined a residential program, where young athletes push themselves on an intellectual and physical level. Contrary to the other teenagers, who want to have some fun as well, Lyz takes the program very seriously. She even puts her physical health to the ultimate test. To avoid being distracted by the other students, she keeps herself to one female friend.

Two adults lead the rigorous program. Fred takes care of the skiing training whereas his girlfriend Lilou does the teaching. Both want the young athletes to excel and reach the ultimate goal: becoming an Olympic champion. Slalom is not very clear about Fred’s motivation. Is he a former champion who wants to relive his dream? Or is he an athlete who due to an injury became a coach? An athlete who couldn’t achieve his goal and now wants a teenager to live HIS dream? One thing is clear. Lyz quickly becomes his “chouchou” (teacher’s pet).

Fred’s coaching abilities are… a bit unusual. When Lyz does something wrong, he humiliates her in front of everybody. However, when she performs well, he can’t praise her enough. This treatment alienates her even more from the other athletes. It’s overwhelming for Lyz, to say the least. As a loner, the girl has hardly any emotional support. After her parents’ divorce, her father is out of the picture. Her mother has just taken a new job far away in Marseille. The relationship between mother and daughter has become strained. The mother feels she doesn’t get enough recognition for all the sacrifices she makes. And the daughter clearly wants more attention.

Things become very complicated when Fred shows a lot of attention to Lyz as a person and not just an athlete. It all starts in a cringy way. Lyz has just finished showering. Fred invades her personal space and remarks she has her periods. What follows is an analysis of the advantages and disadvantages of periods for an athlete. It all ends quite suddenly in a weird ode to menstruation. You can clearly see the confusion on Lyz’s face. But before long, coach and athlete are involved in a sexual relationship.

After having watched Slalom, I was left with some interesting questions in my mind. Is this only a case of sexual abuse between coach and student? You cannot ignore the vulnerability of Lyz. As I have said before, she lacks emotional support and also a father figure. Fred, who observes her like a hawk, is aware of this. And because of her young age and her fragility, he can quickly become more than a surrogate father figure.

Or is there more to it? After all, there are more than enough scenes that suggest that Lyz can take of herself and that she is stubborn. Moreover, at 15, the hormones are raging in her body. She is developing as a sexual person. Look closely and you will see that she is not innocent as she looks. She is clearly interested in Fred, not just as her coach, but as a sexual person as well. In other words, the sexual tension between the two does not only come from Fred’s side. Both have ambiguous personalities.

With two complex characters such as Fred and Lyz, you need some good actors. Jérémie Rénier is astonishing as Fred. To us Belgians, he is a very well-known actor. Rénier made a fantastic debut in the Dardenne brothers’ The Promise. Since then, Rénier has starred in lots of national and international films. In Bruges, The Brotherhood of the Wolf, L’Enfant, and Atonement are just a few examples.

Even more superb is Noée Abita as Lyz. Abita is barely 22 and since 2017, has already more than a dozen acting credits to her name. She perfectly captures the interesting combination of Lyz’s innocence, toughness, and development into a sexual person. If she keeps on making good choices, she could become a great actress.

Slalom is the first feature film of French director and co-writer Charlène Favier. The movie was an official selection of the Cannes Film Festival, and it also received a nomination at the European Film Awards. During interviews, Favier has confirmed that the film is based on true events. Favier was indeed a sports prodigy herself during her teenage years and had a troubled connection with her coach.

The cinematography and the soundtrack reflect the atmosphere and the central themes of Slalom. The coldness of the mountains and the intensity of the music accentuate the themes of isolation and helplessness. You can literally feel the tension between the main characters growing.

Slalom is a drama that makes you think. I can imagine, however, that the movie can be offputting for an American audience. The French are hardly prudes when it comes to issues such as menstruation. Favier also chose to film the intimate events between Lyz and Fred in all their realistic details. However, if you get past that, Slalom will certainly not disappoint.

Thank you for reading! What are your thoughts on Slalom? Comment down below!