‘Final Set’ Has Enthralling Drama, Both On and Off the Court 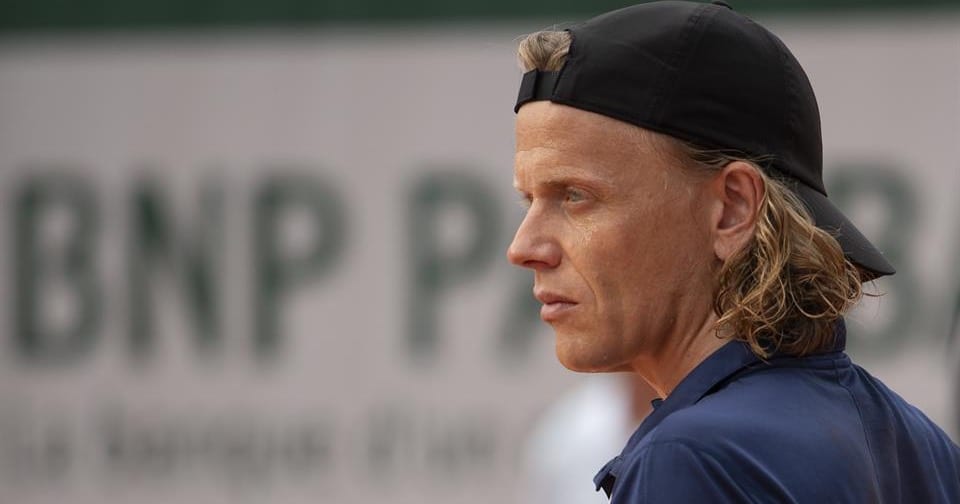 It’s a tale as old as sport itself and one that is forever etched into sporting history; the comeback. Once successful athletes who are down and out that come from the clouds, like a phoenix rising from the ashes desperately chasing that sweet taste of victory one last time. It’s a tried and true formula for sports films that while riddled with cliché is always an inspirational crowd-pleaser that makes audiences stand and cheer. Writer/Director Quentin Reynaud’s second feature, Final Set, has all the underpinnings of your classic comeback sports drama, but with a much greater emphasis on the psychology of the athlete and their personal stakes that have never been higher.

Alex Lutz plays professional tennis player, Thomas Edison. A once-promising and prodigious talent who made a French Open Semi-final at just 19, but he never lived up to his full potential. Now at 37, he has a wife, Eve (Ana Girardot), and a young child and his playing career looks all but over. He has a persistent and lingering knee injury, he struggles to get invitations to big tournaments and he coaches children to make a stable living. Though he is well past his prime and his body might be failing him, his hunger to go on never wains. After missing his expected wildcard entry into the French Open, Thomas must work his way through the qualifying rounds to get into the main draw and not only prove to his doubters that he still has the ability, but also prove his worth to those he loves.

Full disclosure: I am a big tennis fan. I played a lot as a junior (although I was not very good) and I have attended the Australian Open almost every year for the last decade. For such a dynamic, exciting, and, at times, unpredictable sport, it is one that is very difficult to recreate for a narrative film and make it look both convincing and visually compelling. Final Set has a few hiccups in this regard, but for the most part, is really well shot. Rallies in one of the matches are presented by exchanging close-ups of the player’s faces that shake violently as they hit the ball, whereas in the other matches are all a handheld camera on-court tracking Thomas from behind his right shoulder as he plays a point. The latter of which is much smoother and easier to follow, and actually displays the actor’s abilities on the court.

However, the editing in these sequences can at times be unconvincing, especially in Thomas’ first match where he is a set and two breaks down. Thomas wins a point that begins his comeback but then it immediately cuts straight to him serving for the match. It’s so frustrating because for something as important to the story as his first match in the tournament, we really should have seen more. We are robbed of seeing him regain momentum, confidence, and belief in the match that he will take with him through the rest of the tournament.

Thankfully, those like me looking for their fair share of tennis action get it in spades with the film’s epic finale at Roland Garros. The last 25 minutes of Final Set is a blistering and intense French Open match between Thomas and 17-year-old Damien Thosso; France’s next great tennis talent who is constantly compared to a young Thomas, a figure that looms over him the entire film. It’s a match that in the grand scheme of the tournament is very minor. It’s not a final, it’s a first-round match and it isn’t even being played on center court. But it is the personal and emotional stakes that make this match feel so epic, and it is impossible to not get swept up in it. Shooting and editing this sequence like a traditional tennis broadcast (complete with commentary) adds to that feeling of authenticity and elevates these emotional stakes.

The drama of Final Set is just as compelling off the court as is on the court. Thomas knows this tournament could well be his last, but he is determined to push on, knocking back any speculation of his retirement. His persistence to chase his dream however leaves his wife Eve (a former junior tennis star herself) and their young child in its wake. She has moved on from tennis and is moving into sports management while also raising a child. Meanwhile, Thomas is still traveling the world to play in tournaments that a lot of the time, they lose money on. There is an intense argument between the two at a dinner table before the film’s finale where these frustrations are exchanged. Both parties are angry that they are not supporting each other and it is an incredibly well-acted and directed sequence.

Thomas also has everything to prove to his mother (Kristin Scott Thomas), a very stern and cold woman who is brutally honest about her son’s unfulfilled potential. She feels partly to blame for sending him to a tennis academy at a young age where he was overworked and taught to believe he was going to be a superstar, resulting in her leaving her job and a subsequent divorce. She has lost faith in him and does not believe he had the mindset to be a champion. She cannot even bear to watch him play anymore. Similar to the scenes with Eve, the tête-à-têtes between Thomas and his mother give insights into their tumultuous relationship and the impact that his shortcomings have had on not only his life, but hers as well. As an added bonus, the incredibly talented Kristin Scott Thomas gets to show off her impeccably fluent abilities with the French language.

Final Set has everything that you come for in an inspirational sports film and more. Thomas’ unstoppable fortitude, strength, and desire to win is unmatched and the physical and mental hurdles he must clear is captivating viewing. The tennis sequences start off a little shaky, but get better and better until the film reaches that enthralling finale. Audiences may find the final shot to be disappointing or a bit of a cop-out, but it is a perfectly bittersweet coda for the emotional journey Final Set takes you on.

Thank you for reading! What are your thoughts on Final Set? Comment down below!

I’m curious: I never really got into tennis. Do you think non-tennis watchers like me would still be engaged with this one?