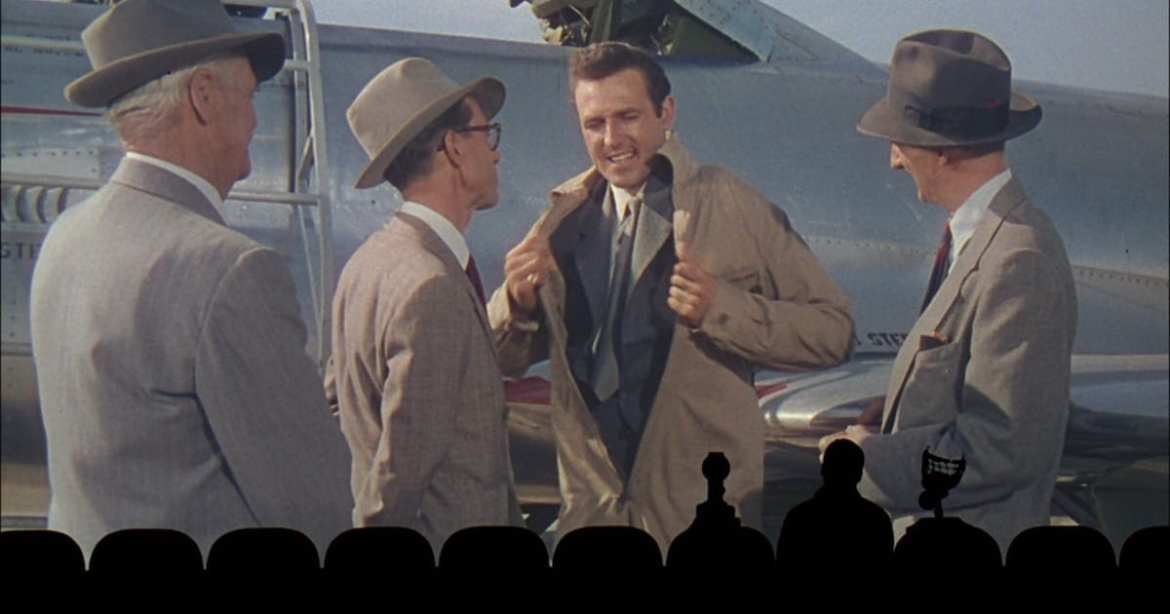 I’m quietly a fan of Mystery Science Theater 3000. I didn’t grow up watching it and only discovered it in the last few years, but I really enjoy it. Riffing on bad movies is basically what I like to do with my friends, so it’s fun to see how the pros do it.

Mystery Science Theater 3000: The Movie is not necessarily a movie at all. In fact, it is shorter than most episodes of the TV show itself. The gang riffs on This Island Earth, a pretty ridiculous 1955 sci-fi film.

The problem is, this movie just isn’t up to snuff with the rest of MST3K’s normal content. The movie pales in comparison to some of the better episodes and leaves you wondering if this is a movie at all or just an extra episode thrown together and called a movie.

One thing I kept going back to as I was watching the movie was that there were a few episodes that would have made much better movies. The episode that kept popping into my mind was the Space Mutiny film. Space Mutiny is a ridiculous 1988 South African space opera film. It rips off nearly every trope in the book, including stock footage from Battlestar Galactica.

Space Mutiny is by far my favorite episode of Mystery Science Theater 3000. The guys (and robots) are at their best in their quips and it’s practically nonstop. There’s just so much good riffing content in this one bad movie.

That’s one thing the movie lacks: nonstop quips. For long periods of time during This Island Earth, the gang is actually pretty silent. It bothers me because there is so much good content they could riff on, but they instead choose to say nothing.

Runtime doesn’t determine how good a movie is. Some long movies don’t have the content to be as long as they are; some really short movies could benefit from a few extra minutes. Mystery Science Theater 3000: The Movie falls into that latter category.

The movie they picked to riff on for, well, The Movie, is much too short. I was ready to sit in for more like a binge watch or something different from the usual formula, but instead was treated to just another B-movie with the same plot as every other TV episode.

If you’re going to make a TV movie, make sure it’s longer than a normal episode.

Nothing about the movie feels different. It doesn’t have the same bite and humor as other episodes. It plays like an episode that had been left on the cutting room floor.

Mystery Science Theater 3000: The Movie needed a few things for it to be great. First of all, it needed a movie that was worthy of being riffed on. A movie can’t just be bad for it to be fun to riff on — it needs to be hilariously bad. This Island Earth is bad, but it isn’t hilariously bad. You know what movies are hilariously bad? Eegah, Soultaker, and Space Mutiny. Those made for great episodes.

This Island Earth just isn’t horrible enough to rag on. If I were to give it the benefit of the doubt, it may be a movie I would actually enjoy watching. No, the MST3K crew needed something a lot worse to riff on for their movie debut.

I don’t hate the movie. It was an enjoyable hour or so of my life. But it could have been so much more. The jokes and gags could’ve been bigger and more frequent. The movie could have been even more terrible. It just felt like another episode, and not even a good one at that.

Maybe I’m just far too stuck on the Space Mutiny episode, but I feel like if that episode were made into the movie, I would have liked it a whole lot more.

Thank you for reading! What are your thoughts on Mystery Science Theater 3000: The Movie? Comment down below!

Are you bringing this up now because of the new MST3K Kickstarter?

I haven’t seen The Movie so I can’t comment directly on it, but apparently the MST3K crew had a horrible time dealing with Hollywood trying to get the movie they wanted made.

That makes a lot more sense because I really felt like this movie was destined for more. Also I was not aware of the Kickstarter! Nice to see that there’s still a lot of support for the show!