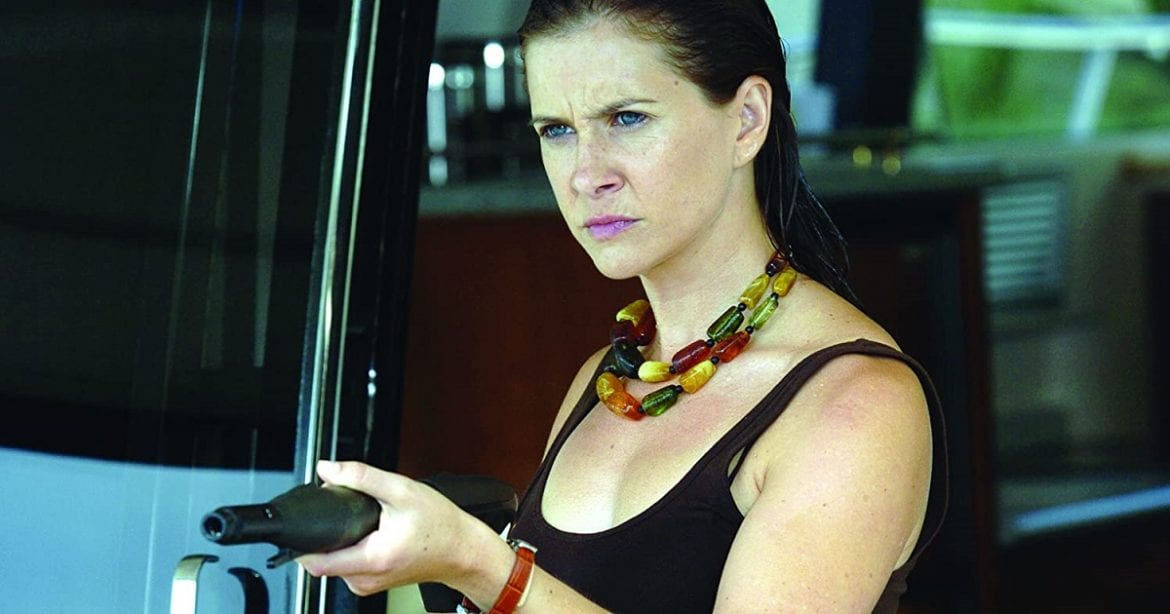 As they say, truth is often stranger than fiction. No better show demonstrates than the longstanding, recently revived program Unsolved Mysteries. The show covers a variety of cold cases that show just how unexplainable our world can be at times. Some of these tales even sound plucked from a Lifetime movie….but can you tell the difference? How about we put that to the test! Here are 8 stories that are either an Unsolved Case or a Lifetime film synopsis. It’s up to you to decipher which is which.

Preface: Some of these descriptions involve depictions of murder and other heinous acts. While I didn’t go into every gory detail, reader discretion is advised. Also, in terms of my paraphrasing, I am allowing myself to lie by omission. Lifetime Movies follow 3-act structures, Unsolved Mysteries don’t, so it would be pretty easy then if I didn’t. Basically, I might not share the full story. I am not distorting or lying during any of these descriptions, but I am being selective in the info I give.

Monica Libao lived a peculiarly nomadic upbringing. In 15 years, Monica lived in up to 28 houses. Monica got the shock of her life when she stumbled upon her mother’s medical records. Uncovering that her mother had a hysterectomy in 1945, chances of her being her biological mother became an impossibility.

When confronting her family, the tale of Monica’s upbringing becomes a bizarre one. Her mother claims that her older half-sister is her real mother. However, when Monica confronted this sister, she gave her an alternate version of events. She told her that she wasn’t her mother either, and that her real mother sold her for a New York bus ticket. (That story is so unbelievable that Monica might as well just be a Palpatine while we’re at it).

Monica tried contacting Illinois courthouses to see if she could trace any records using the info on her birth certificate. That proved rather difficult given her birth certificate was an incomplete forgery. In a final confrontation between Monica, her half-sister, and her mother, all signs started to lead to one conclusion: kidnapping.

Things aren’t so funny when strange things begin to occur. Kaley shared a jarring detail with her friends: she was under the impression that her home security system was hacked or tampered with. A concern that would fall on deaf ears as she would go missing shortly after. The girls suspect that John Bennett may be the culprit, and fear that Kaley has become a victim to a sex-trafficking ring. Police have yet to identify John Bennett or any further suspects.

Heather and Chase Thomas were ready to begin the next stage of their lives together. A baby on the way, things were looking great for the young couple on the surface. Shane Riley became friends with Heather in the maternity ward, and she begins to unravel a more troubling reality. Heather was diagnosed with bipolar disorder which leads to the couple having multiple arguments.

The couple ended up fighting an arduous custody battle over their daughter Molly. Though Heather never made her hearing as she was brutally murdered. The police found Heather’s body with a gunshot wound and multiple stab wounds. Shane alerts the police that her boyfriend Alex was responsible for the murder. Alex was also found guilty of robbing a neighborhood bar.

However, Alex has a different story. Alex accuses Shane of murdering Heather. Shane had encouraged Alex to rob the store after his loan was denied. He claims that Shane became jealous after he began an intimate relationship with Heather. When Heather learned about the robbery, Shane devised the murder plot to keep things silent.

Erica Rose gave birth to a lovely pair of twins, Sarah and David. Unfortunately, David’s life was cut tragically short. David was struck by a car and died. Erica expects Sarah to take the news poorly, but instead receives a shocking confession: Sarah admits that she knows David has died as he just told her himself.

A few weeks later, Sarah makes an odd request to her parents. Sarah advises that David told her they shouldn’t drive on Creek Bridge. Erica is astonished to find that an accident had occurred on the bridge later that day.

Sarah believes that David has possessed her body at times. David hinted at wanting to be “born again”. Sarah is under the impression that was achieved when he is reincarnated as Sarah’s younger brother.

Houston was a big city for big dreams for Tara Breckenridge. Coming to the Big H to pursue photography quickly turned into a need to make some cash. That’s when Tara started working at The Men’s Club. While Tara was getting by, things took a tragic turn when she suddenly vanished.

Wayne Hecker, Tara’s boyfriend would become the prime suspect for her alleged murder. Wayne disapproved of Tara’s job even though she was a waitress, not a dancer. On the night of Tara’s disappearance, she left work early, which was considered out of character. Wayne would find her car abandoned on the freeway early in the morning. Wayne’s activities raised suspicion: witnesses spotted him at the Men’s Club and there is a gap of time where he left the pool hall.

The plot thickened when the police uncovered a series of love notes. A secret admirer who was a frequent big tipper had written interesting letters to Tara. The letters seemed to be egging Tara to elope with him.

Heidi Wyrick lived in the small town of Ellerslie, Georgia. One day, the 8-year-old child answered the door and made a chilling discovery. Heidi told her mother that a man named Con was at the door. Heidi described Con as having white hair, a bloody shirt, and a bandaged hand. Lisa did what any rational mother would do, and locked the doors, grabbed a knife, and called her husband to come home quickly.

When no culprit was ever found it was concerning that Heidi would continue to see this Con as well as another white-haired individual Gordy. These friends certainly weren’t normal, but could they be paranormal. Later, they are identified as the previous and deceased homeowner James S. Gordy and the neighbor’s uncle Lon Batchelor.

This doesn’t bother the family too much until a new spirit arrives. During Lisa’s pregnancy with Heidi’s future sister Jordan, a darker malevolent spirit came. Strangely, Heidi and her family suffered severe scratches on their bodies.

Nicole Lauker said goodbye to her husband Evan who left for a three-day fishing trip. Unknowingly, Nicole had seen her loving husband for the last time. A knock on the door reveals two police officers bearing grave news.

Evan’s boat had crashed, and Evan was dead. There’s more to it as the police suspect that the boat sunk due to a bomb. Further speculation operated under the premise that Evan was entangled in dealing illegal substances. This theory was somewhat confirmed when Nicole began being harassed by an unknown caller. This caller demanded her to “find the money” or suffer fatal consequences.

A cautionary tale that you never really know someone completely. Nicole eventually uncovered Evan’s other marriage. A further twist in the tale is when forensics discover that Evan’s DNA does not match the body found at the boat site.

The promising future of Keith Warren was tragically cut short at age 19. Paramedics rushed to a townhouse in a heavily wooded area. Keith was found hanging from a small tree in an elaborate configuration. Despite the complexity being beyond your typical noose, the medical examiner determined it a suicide.

The police committed no autopsy and rushed the body immediately to a funeral home. This all before Mary, Keith’s mother was notified. However, a friend of Keith named Rodney Kendell begin sharing some information. Rodney alleged that a group was searching for Keith moments prior to his demise. Rodney had another peculiar story that involved Mark Finley another acquaintance of Keith’s. Finley met Rodney and frantically asked him where he could find Keith.

Mary made another ghastly discovery, the tree the alleged suicide occurred was gone. The police claimed they removed it for evidence. Strange that the police would take drastic measures for what they considered a cold case, but I digress. Mary called in private investigator Joe Alercia. Aided by an anonymous tipper, Mary and Joe had an envelope full of pictures of the gruesome act.

These pictures started to paint a bizarre picture. Keith wore clothes that his mother didn’t recognize. Joe noticed leaves that were signs that Keith more than likely was lying on the ground prior to being hoisted up. Later, A toxicology report revealed Keith had fatal doses of multiple chemicals found in glue or solvents.

Mark Finley was perceived as the only person who had the answer. Unfortunately, that secret went to the grave with him. Mark died in a bike accident. Mary chillingly was warned of this potentially happening, as one of the photos was marked with an ominous message: “Don’t worry, Mark Finley will be next”.

Before we get into the answers, I’d like to just say something real quick. This post was made possible due to the extensive library that is the Unsolved Mysteries website. The site’s extensive archive allows all the cases to be explored. As well as ways to watch and stream episodes. The site still is accepting any tips to aid in these cases, or submitting stories of similar affairs. I implore you to give it a look. You never know, you just might be the key to unlocking a certain mystery.

Thank you for reading! What are your thoughts on these Unsolved Mysteries? Comment down below!

K at the Movies

The mysterious single letter film critic is an interesting content creator to say the least. You never quite know what to expect next from K at the Movies.

[…] mistakes. K is a coattail rider and whether it is being featured on I Drink and Watch Anime, Movie Babble, Jon Spencer Reviews, Cold Brew Calls, or The Moyatorium he is always the worst part of these […]

[…] the deeply underappreciated neo-noir thriller, Cold in July. Then we have Hap and Leonard, an excellent show, based on his series of […]

This was such a creative quiz! I got 5 out of 8 correct! Maybe you could create another one about Hallmark movies and fake descriptions?

Thanks! Nice job, I was a little worried that it would turn out too easy so glad to hear it’s a little bit of a challenge. I think that could be fun as well, IDK maybe we’ll see if MB would entertain maybe a sequel, or maybe I’ll take it over to my blog. Maybe?

Thanks and you’re welcome! I retweeted your tweet about this post in order to encourage more people to participate. I hope I was able to help you out! 😀

‘The Big Ugly’ is a Surprisingly Gentle, Character-driven...