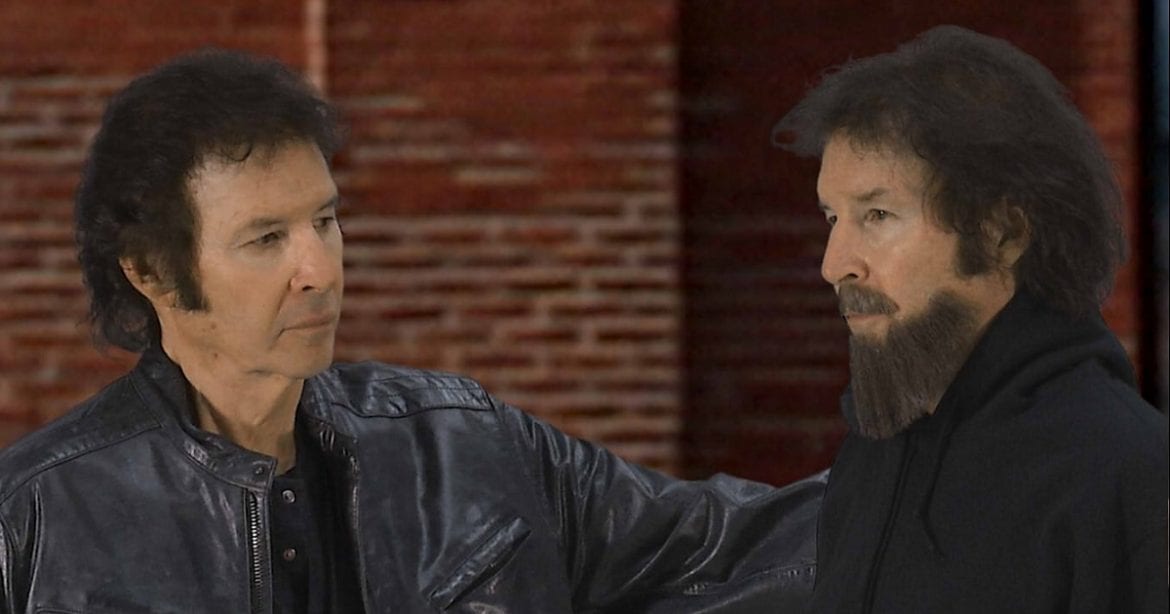 I like to think that the two best directors on the planet are Tommy Wiseau and Neil Breen. However, when it comes down to it, Neil Breen has the upper hand. He uses better special effects and has a more engaging plotline in most of his movies than Wiseau. The pinnacle of that expertise has got to be Twisted Pair.

If you haven’t seen Twisted Pair, stop reading this and go watch it. If you want just some of the highlights, I would recommend either watching Kurtis Conner’s or CallMeKevin’s commentary on the film on YouTube. But, if you want the best experience, you need to watch the whole thing from start to finish.

The basic plot of Twisted Pair begins with two identical twin brothers, Cade (Neil Breen) and Cale (also Neil Breen). One day, these two twin brothers are abducted by aliens and experimented on and enhanced to become superhumans. However, despite being identical, Cade excels more than Cale does, so Cale is kicked out of this alien secret society and Cade retains his powers and uses them to save the world on a daily basis. As you might imagine, this makes Cale resentful and he devotes his life to exacting revenge on the people who wrong him and who wrong society.

Cale is mainly a background character to this movie because the main plot revolves around Cade and his determination to save the world from programmable virtual reality or whatever. (I swear that the evil he is trying to save the world from changes every scene, as does the villain’s computer-enhanced voice.) Cade is also deeply devoted to his wife who may not be all she seems to be.

My sarcasm really wants to guide me through this whole article, but I know I have to get real for at least a paragraph or so.

This movie sucks. The special effects are all done poorly through green screen, including a weird scene where Neil Breen spends way too long stroking a green screen hawk. None of the dialogue is natural. I don’t even know what the villain wants or what they were doing other than it was bad and Neil Breen had to stop it by blowing up some stuff. It’s painfully obvious that this movie was made to make Neil Breen and only Neil Breen look good.

I mean, it’s not like I was expecting much from a former real estate agent and architect. But I thought that maybe there would be something in Twisted Pair that wasn’t horribly cringeworthy. Or maybe that an architect would understand how explosions actually affect structures.

I will give it this though — it never stays too long in one place. I swear the plot changed course five times in only 45 minutes. At least the pacing in this movie wasn’t too bad.

At times in Twisted Pair, I feel like Neil Breen made the film because he learned how to use a green screen and wanted to show that skill off. It wouldn’t surprise me if that was the only reason he made the main character have an identical twin.

I can’t think of a single scene that didn’t have some strange object grotesquely edited into the picture. The weird hawk-stroking was bad enough but there are times where Neil green screens in stock footage and then superimposes himself into it and that works about as well as you would expect. I love the scenes where the twins supposedly meet but neither of them is actually looking at each other.

Then there are the explosion effects. My favorite is when Cade runs what looks like ten feet away from a bomb and then it explodes, but he is completely fine. That’s the power of green screens, baby!

There were parts throughout this movie that I really wondered if Neil Breen was just everything for this movie, including set and costume designer. One of my favorite set pieces has got to be the fake rats that sit next to the homeless man. The homeless man even feeds them chips despite them being obviously fake. Like, why add that in? Homeless people don’t just have rats hanging out around them!

Another one of my favorite things about this movie is the mustaches. I don’t know if Neil noticed this and didn’t care or if he just didn’t see but nearly ever mustache in this movie (except Cale’s, because heaven forbid Neil Breen looks bad) is taped on. You know how I know? The lighting was just right that I could see it glinting off the mustachioed men’s upper lips. Readers, let me tell you, I nearly died. I was crying at how funny it was that I could literally see the tape holding on the mustache.

Also, the fact that this was clearly filmed at an empty community college late at night makes everything so much funnier.

Neil Breen’s smartest decision in the making of this film has to be when he surrounded himself with equally talented actors. There are very few people in this world that can measure up to Neil Breen, but he found a select few. I think my favorite actor in Twisted Pair was the secret government agency director, Denise Bellini. She has flawless line delivery and her emotion is palpable through the screen, especially when she deadpans “I feel bad for him” after finding out someone Neil is very close to betrayed him.

Another one of my favorite actors is Greg Smith Burns, who plays Cuzzx (pronounced “Cooz,” I don’t know why), the evil rich villain. I love his anger that just stems from nowhere. And the fact that he can summon fairies to him at will. I just think that’s a cool power for a human to have.

Please, watch Twisted Pair. It is inspiring in a way that no other big-budget Hollywood movie could achieve. For example, it inspires me to follow my dreams because if Neil Breen can do it, so can I!

And if you don’t believe me, please believe this very accurate review:

“When I first discovered my savior Neil Breen through his early work, it was the second coming of Jesus. Twisted Pair has everything you want in a film: a camera, a setting, actors that are playing characters, and best of all Neil Breen.” (From user calvinbow on IMDb.)

Thank you for reading! What are your thoughts on Twisted Pair? Comment down below!

[…] Rainfall could have embraced the type of film it is and basked in the cheesiness of pulpy, B-grade cinema, Sparke instead gets caught up in an attempt to create the next, big Aussie sci-fi epic. Because of […]

[…] to achieve that result. You know who IS an auteur in the purest sense of the word? Tommy Wiseau. Or Neil Breen. Or Russ Meyer. Maybe the audience doesn’t want auteur films. The smartest guy in the room is […]

The Redlettermedia guys also adore Neil Breen, as we all do, they have a few videos analyzing his amazing movies. Highly recommended!