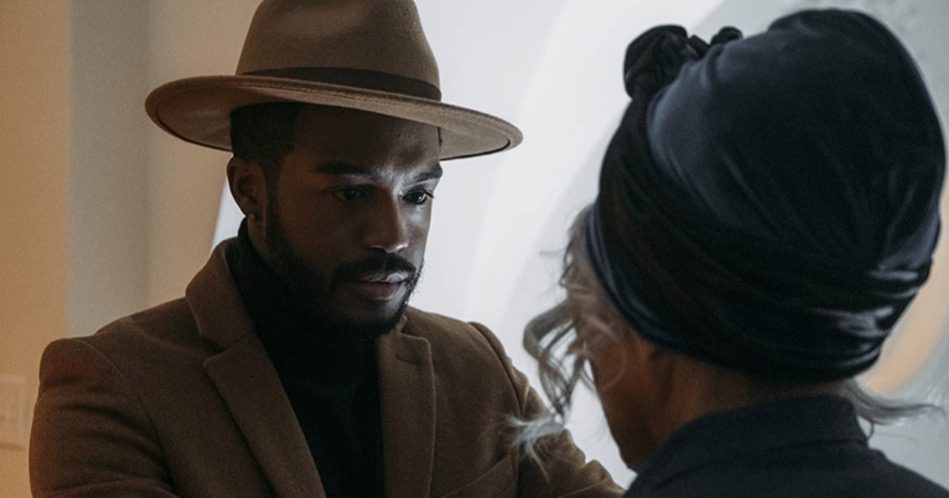 The original Tales from the Hood from 1995 was an enjoyable mixture of horror schlock and social commentary, emulating the spirit of the classic HBO TV series, Tales from the Crypt, with its whimsical attitude to the terror on screen. But it also had something to say. It didn’t shy away from uncomfortable issues, such as police brutality, or the still perpetual presence of white supremacy in the American landscape. It also featured silly stop-motion puppets, what’s not to love?

It took more than twenty years for a sequel to arrive, Tales from the Hood 2. Uncommon to the genre, this was once again helmed by director Rusty Cundieff (together this time with the original co-writer Darin Scott). Thanks to the financial success of Get Out, which also used the medium of the horror genre to talk about the Black experience, the studios felt confident in greenlighting a sequel. As stated in my review, the sequel suffers from a series of problems. But, it does manage to still be fun, especially with its bonkers climax.

Just two years later and suddenly, we are graced with the second sequel to this anthology franchise. Once again, this film is directed by Rusty Cundieff and Darin Scott. It’s not common that you see the same filmmaker behind each iteration of a horror franchise in some capacity — Don Mancini, from the Child’s Play/Chucky films, is one of the few, though this naturally doesn’t include the remake. Considering that the debate of police brutality against Black people is tragically prevalent these days and with increasing awareness of the Black experience in America, there’s much to explore in this new entry of Tales from the Hood.

Let Me Tell You a Story

Somewhere in an isolated wooden area, a great evil is following William (Tony Todd) and his six-year-old companion, Brooklyn (Sage Arrindell). In their conversations, they speak about being pursued by the evil ones, sometimes referred to as demons, other times as monsters. William promises to lead Brooklyn in the safe arms of her mother.

During their journey, Brooklyn begins to tell the old man a few scary stories. The first one features a corrupt realtor, David (London Brown), and his murderous methods to get ahead in modern America. The second features a lonesome, right-wing nutjob (Cooper Huckabee) hiding in a bunker, who feels he’s protecting his property from the Government and its politically diverse cast of foes. The third one features a struggling singer (Savannah Basley) who finds employment by spending time with an aging opera Singer (Lynn Whitfield) who never got her shot and makes a murderous decision to further her career. Finally, there’s the tale of a thief (Patrick Abellard) who is forced to walk a mile in the shoes of one of his victims.

Naturally, there’s the wrap-around story that ends with a little twist (however predictable) to make things interesting.

One of the most entertaining things about the original Tales from the Hood is the performance of Clarence Williams III as the devilish Mr. Sims, the storyteller. Since Williams III was retired when they were producing the sequel, they replaced him with Keith David who likewise did an excellent job. Hearing that Tony Todd was going to be in the third film, I expected him to be the new storyteller. If you don’t know, Todd is famous in the horror genre, mostly by playing the hook-wielding spirit known as Candyman — and will reprise his role in the upcoming sequel that’s been delayed to 2021. I thought he was going to be a perfect addition to the series.

Unfortunately, Todd doesn’t get much chance to chew the scenery here. He’s not even playing the storyteller — that’s actually Brooklyn. He’s not playing an iteration of Mr. Sims, as Williams III and Keith David did. He’s playing a character of William, a character he plays well, but completely straight. The character has none of the manic energy or the insidious charm of our beloved Mr. Sims.

Don’t get me wrong, Todd is the best actor of the bunch. There’s nothing wrong with his performance, but I’m severely disappointed we didn’t get to see him playing Mr. Sims. If he did, I wouldn’t be so harsh on this film. Keith David’s performance basically saved the previous sequel for me. If Todd would have received the chance to do the same, I would have been more forgiven of this film’s faults.

It’s Just Not as Fun

Considering the low budget, I expected some bad CGI. Indeed, we do get to see some hilariously crummy looking CGI in this film, similar to Tales from the Hood 2. But at least the previous iteration retained some of the good-natured silliness of the original. It didn’t take itself so seriously. This third entry fails in bringing any of the laughs we are accustomed to in this franchise.

There are some chuckles to be had. Cooper Huckabee gives a committed performance as an isolated racist whose only companions are inflated dolls — and yes, he does all manner of things with them. The storyline featuring the petty thief is the best one, not just in its humor but also with its more imaginative storyline. Having said that, the biggest laugh in this particular storyline comes from its abundance of toilet humor. Mind you, I have nothing against it, but it’s a low bar. This series could do better.

Without a Mr. Sims to tie the stories in a humorous whole, Tales from the Hood 3 feels lacking. Not just in the humor department, but its social commentary too.

It Doesn’t Have Much To Say

With the humor lacking, this sequel also lacks any insightful commentary on the state of America or the Black experience. Its predecessor, even if its messages were presented rather obviously, did feel more thought out. It did feel like the same filmmaker had evolved after the first one. It gave this franchise an identity.

Perhaps I’m missing something, but this one struggles to say anything meaningful. With everything that is going on in Trump’s America, there was much potential here. The stories resemble more that of a subpar Tales from the Crypt episode. The racial component of these moralistic stories and the eventual poetic justice to the central characters are mostly absent. A reference here and there to racism simply doesn’t cut it.

The horror anthology genre has its winners and losers. For every Creepshow, there’s a Creepshow 3. And now, for every Tales from the Hood, there’s now a Tales from the Hood 3. It’s just that in this case, it feels a little more tragic considering the continued involvement of Rusty Cundieff and Darin Scott.

I love fun horror schlock with a message, and I hope the pair returns with a fourth entry that brings back some of the magic of the original. Tales from the Hood 3 is neither as entertaining nor as thought-provoking.

Therefore, I must suggest with a heavy heart, considering that I’m a fan of this franchise, that you should sit this one out.

Thanks for reading! What are your thoughts on Tales from the Hood 3? Comment down below!