‘Dream Horse’: A Surprisingly Charming Drama About Getting Back in the Race 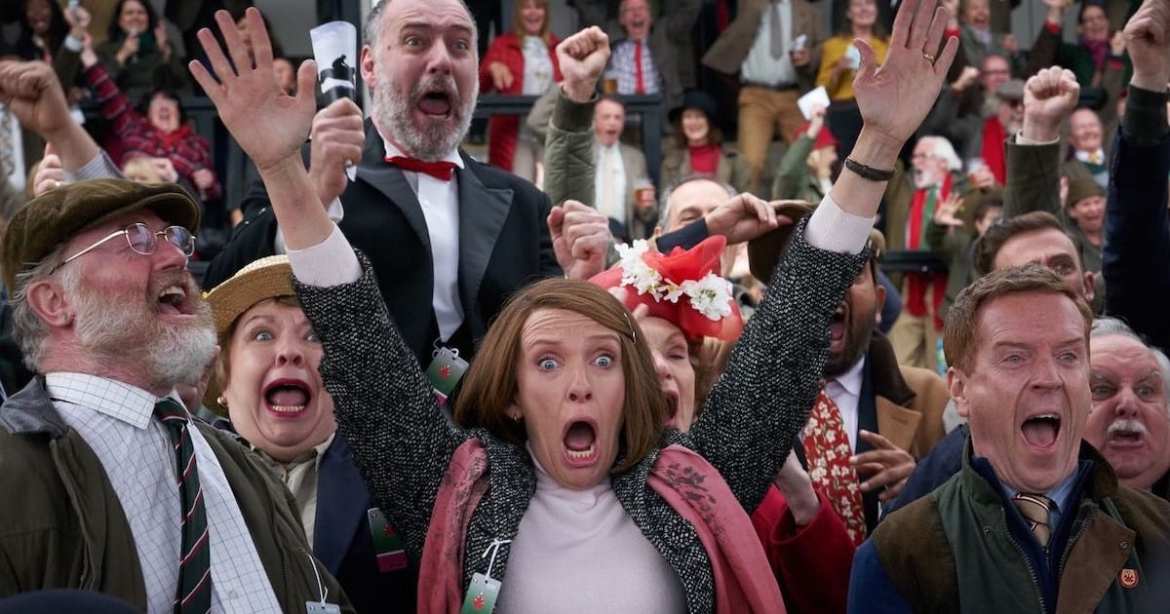 A group of lovable misfits in a predominantly working-class Welsch village comes together to form a horse racing syndicate to compete against the big boys on the race track. They’re all down on their luck, either working dead-end jobs, doing nothing at all, or, in one particular case, casually getting plastered at the local pub. Normally, such a based on a true story setup is saved for schmaltzy underdog stories from our Disney overlords, but Dream Horse is a great example of how little tweaks to the uplifting sports movie formula can make all the difference.

Oh, and this movie has Toni Collette in the lead role, so that helps a lot too.

The subgenre of twee British movies about delightfully eccentric townsfolk is alive and well in Dream Horse, which is based on the real events depicted in the documentary Dark Horse. Jan (played by Collette) works at the local grocery store and pub to make ends meet. Her husband, Brian (Owen Teale) mostly sits on the couch idly watching TV (or falling asleep to it). He’s also missing quite a few of his teeth. There are no kids around, and you get the sense that both Jan and Brian are far past the point of tranquility as empty nesters and now find themselves in a bit of a malaise.

At the pub, Jan overhears Howard (Damian Lewis) regaling of times as part of a successful horse syndicate back in the day. Immediately, Jan goes home and begins researching the horse syndicate business, compiling estimates on costs and level of commitment. It’s rather abrupt how quickly Jan decides horse racing is for her, even if it was prompted by Howard’s claims of past glory. The truth is, all these movies have some sort of research montage, and director Euros Lyn and writer Neil McKay approach the sequence as if they are fully aware of that fact. You knew it was going to happen sooner or later, so it’s best not to dwell on it too much and move the story forward. It also plays a part in showing how even the slightest hint of opportunity reignites Jan’s spark.

After placing flyers all around town, Jan actually manages to get a group of people to come to the introductory syndicate meeting, including Howard. It’s the kind of crowd you’d expect in a quaint movie like Dream Horse. In addition to Jan, Brian and Howard, there’s the delightful town drunk who struggles to keep his pants up; the elderly woman who buys way too many chocolates from the store (in her words, “they’re [her] only solace.”); the young adult with nothing else better to do; the overeager one who did way too much research of his own along with many others. We learn Howard is down on his luck as well and was forced to take on a job as an accountant after his last syndicate shuttered without a penny to show for it.

It doesn’t take much convincing to get everyone on board. Even though each person has their own set of financial constraints, they all agree to chip in £10 a week. From there, they find their momma horse and birth their racing foal, who they affectionately name, “Dream Alliance.” 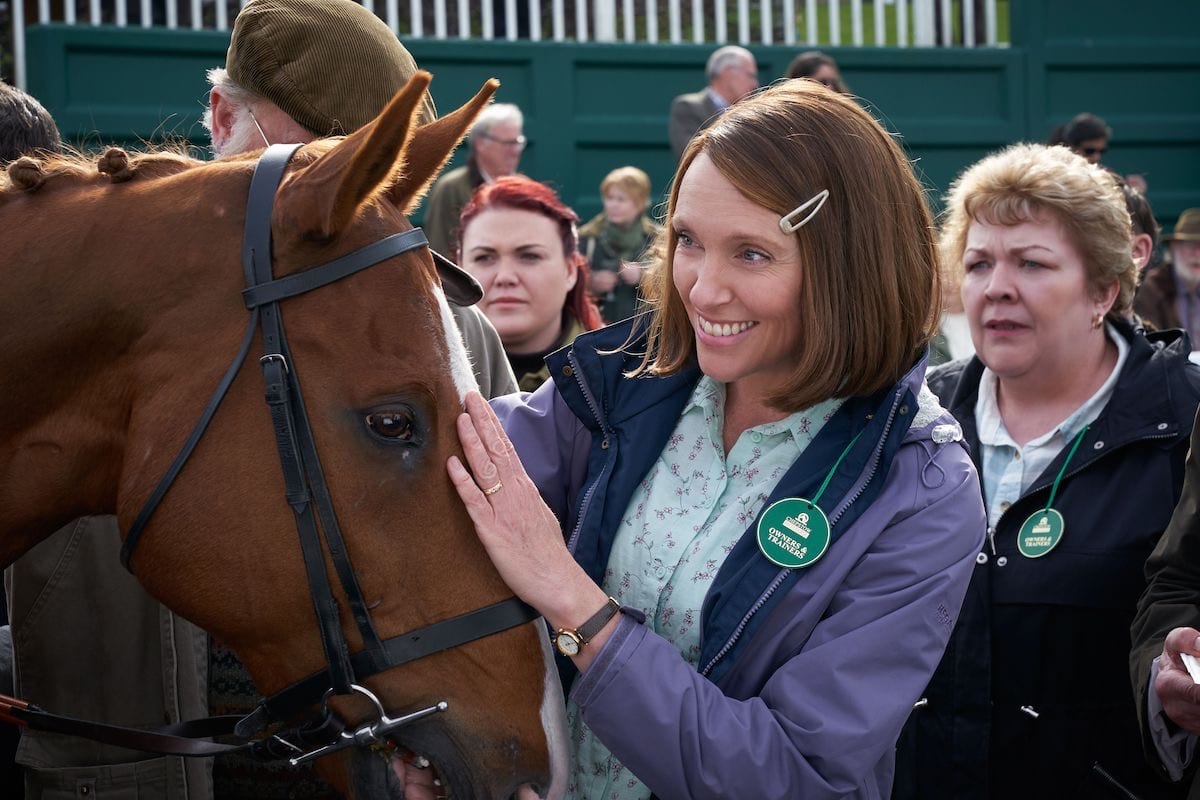 Normally, around this time is when the film would introduce the overeager villain, the rival horse owner who wants nothing but to wipe the floor with these country folk who think they can battle the horse racing elites. He’ll go to great lengths to beat them, resorting to some light sabotage before the final race. He might even have a twirly mustache. Dream Horse doesn’t have that kind of character. It actually does a nice job of sidestepping the country bumpkin stereotypes many lesser films would utilize. Collette leads the group with a sweet and earnest performance. She finds more humanity in her character than is probably on the page. Lewis is winning alongside her as a man stuck between living his passion and providing for his family. The same goes for the rest of the cast too; you grow to like these characters a lot more than you’d expect.

The only discernable villain in this film is the odds this group must overcome. Along with that comes the inherent classism of horse racing, but this isn’t some scathing critique of social classes you’d find in a Ken Loach film. It’s there if you really squint, but Dream Horse has a much warmer touch, focusing instead on the lack of passion in these characters’ lives. From the beginning, everyone knows it’ll be nothing short of a miracle if they recoup their syndicate expenses, but being a part of something bigger than themselves is all they ever wanted. Seeing little moments of happiness decoupled from monetary gain makes all the difference in Dream Horse, which ultimately becomes a movie more about finding one’s self-worth than underdogs taking home the top prize. The racing scenes are well-crafted, but Dream Horse is at its best off the track.

Those friendly feelings do a lot to mask the film’s formulaic nature. Dream Horse will never surprise you; the familiar beats the film hits tend to be its most tiring sections, which includes the requisite final race that drags on far too long. Despite a distressing inflection point that occurs almost exactly halfway through the film, Dream Horse is content being a happy, crowd-pleasing, and slightly shallow affair.

And you know what? That’s absolutely okay in this case.

Thank you for reading! What are your thoughts on Dream Horse? Comment down below!

‘The Women and the Murderer’ Is a True...