‘F9’: To Boldly Go Where No ‘Fast & Furious’ Film Has Gone Before 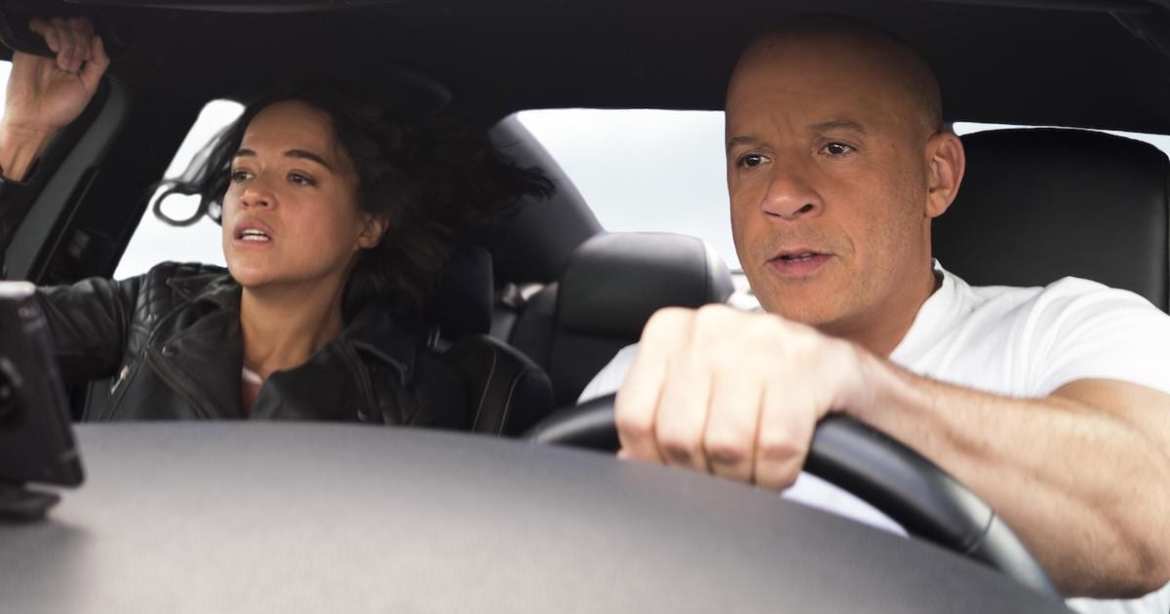 The Fast & Furious franchise is an ever-evolving set of films that has fascinated and possibly baffled audiences for the past two decades. Once upon a time, the franchise was about street racing, pink slips, and stealing VCRs. Flash forward twenty years and we’re now witnesses to our onscreen family improving on their set of skills to incorporate drifting, dragging vaults down highways, bringing down planes, fighting drones, escaping a nuclear submarine, and everything in between. Now, with Fast & Furious 9 hitting cinemas, audiences can expect wilder plot lines, crazier characters, and bigger setpieces than ever previously imagined.

Set after the events of The Fate of the Furious, F9 is written by Daniel Casey and franchise veteran Justin Lin, and focuses on Dom and his team as they are recruited over an encrypted message to aid in the fight against a new superweapon that threatens to take control over every digital object on the planet. During their mission, though, the crew quickly discovers that the person on the other side of their mission is Dom’s younger brother, Jakob — played by franchise newcomer John Cena.

In the opening scene, F9 introduces the audience to Papa Toretto, who is seen racing in what appears to be an amateur NASCAR league. Set in 1989, the scene quickly establishes the emotional rift that forms between Dom and Jackob which the film continues to flashback to throughout to explore their relationship. After this opening sequence, Justin Lin strikes with an almighty blow and delivers an outrageous setpiece that lets us all know just how ludicrous this movie is willing to get. See, this franchise is known for pushing the boundaries when it comes to what can pass as realism within this world, but what Justin Lin does with F9 is next level and proves we may never be able to guess what this crew will do next. At this point, the Fast & Furious franchise has almost become a self-parody, with this iteration even poking fun at a lot of the ridiculousness of the series, such as the seeming immortality of its characters and the ludicrous adventures they all go on together.

While these setpieces get wilder as the movie goes on, where F9 lacks is in its story and characters. Despite trying to set up an emotional turmoil between Dom and Jakob, the film’s plot never really feels all that engaging and is stretched incredibly thin. As well as this, a lot of the character work is quite dull, to the point where you’ll most likely end up just checking your watch to guess when the next action scene will occur. Luckily, there are a lot of them. Despite being so ridiculously outlandish, the reason the action works so well is that Lin and the rest of the creative team behind the movie know exactly how nonsensical this film is and totally lean into that aspect, making for one of the goofiest blockbusters to have come out in quite some time.

What also makes these setpieces work so well is their technical prowess. While having the typical, plastic look that so many big-budget blockbusters have nowadays, Lin’s direction translates nicely as the majority of the action is very clear. While the action has its fair share of shaky cam and quick-cut editing, you never feel lost in what is happening on-screen and can follow each scene with ease. Everyone in F9 gives it their all when it comes to their onscreen stunts, especially Vin Diesel as Dom, who has quickly become the heart and soul of the franchise ever since the tragic loss of Paul Walker.

With that said, some of the performances come off as incredibly stale at points, especially the more dramatic moments. Whether this is an acting thing or a script and directing thing is hard to tell, but some moments in this movie do have some laughably poor acting moments, especially from Michelle Rodriguez as Letty. The rest of the cast members do have some similar moments too, however, it all kind of comes together and works in the long run. Tyrese Gibson as Roman remains the comedy relief of the film, but does actually get some emotional moments to *somewhat* act. The rest of the returning cast is much the same as in previous films, and John Cena’s surface-level performance seems to blend nicely within this world. F9 also sees Sung Kang return as Han — the fan-favorite character originally introduced in Tokyo Drift — who has been resurrected in the most Fast & Furious way that it just kind of makes sense at this point.

In the end, nothing in Fast & Furious 9 makes sense, and it’s all the better for it. What the film lacks in story and character work, it makes up for in its absurd setpieces and overall ridiculousness. By leaning into the bombastic style these films have adopted over the previous few installments, the film gains a lot of entertainment value. Despite the usual melodramatic plot, F9 is still a ton of fun and a film that is sure the please fans of the franchise, old and new. Definitely one worth seeing on the big screen!

Thank you for reading! What are your thoughts on F9: The Fast Saga? Comment down below!

Minor question: I could access the piece and the link, but on my Reader, it shows up faded, as though it’s a blocked site or something? Just a little FYI 🙂

Hmmm, not sure! Thanks for bringing that up, though! That’s probably an issue on Wordpress’s end rather than ours, but we’ll check to make sure. Thanks again! :)