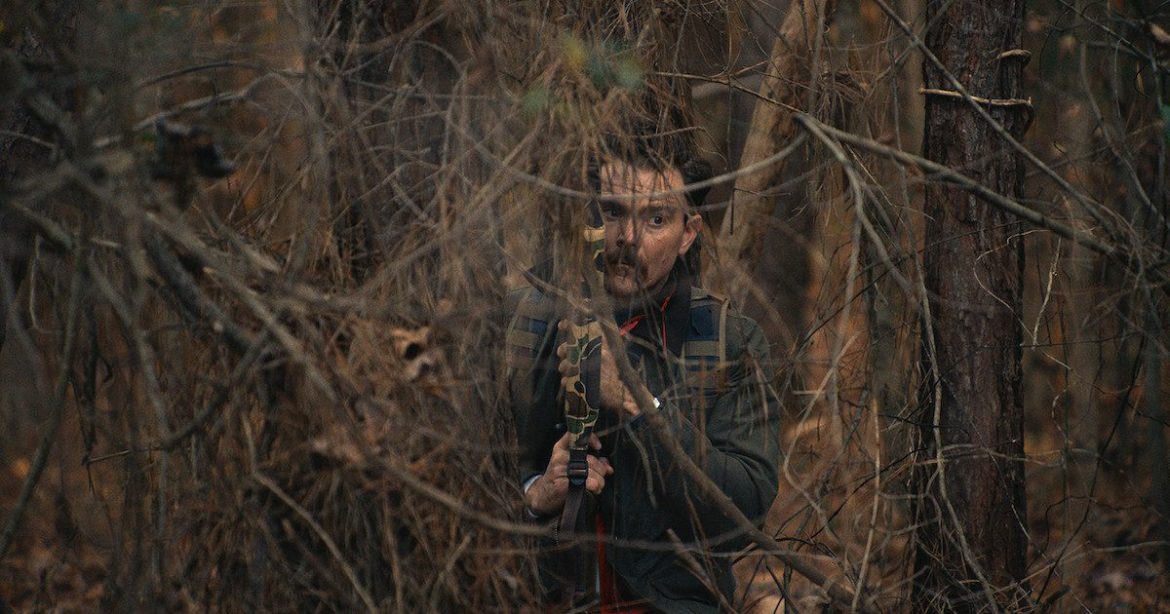 Expanding on the thematic foundation established by his previous feature, The Killing of Two Lovers — a film in which a father of four, emasculated by his wife’s relationship with a new partner in the midst of a separation, struggles to keep his family stable — writer-director Robert Machoian makes his return with The Integrity of Joseph Chambers, another powerful treatise on the harrowing human cost of toxic masculinity that operates on vastly simpler and surprisingly more novella-esque terms than Killing. It’s a film of remarkable narrative economy, one that’s afforded very few filmmaking elements to make sufficient use out of, but manages to maximize its use out of these elements in creative and unpredictable ways to create a nerve-shreddingly tense experience as we witness a man of immense ego get increasingly mired in his own catastrophic mistakes. The man in question, of course, is the titular Joseph Chambers (Clayne Crawford), a devoted family man who’s making some serious preparations early in the morning: shaving his beard, choosing the right clothes and vest to wear, all while flaunting his look to his wife, Tess (Jordana Brewster), who’s confused as to why he’s doing all this when the sun hasn’t even risen yet.

It turns out that Joseph is about to go hunting deer in the woods nearby completely on his own. Up until this point, he’s been hunting alongside Doug (Carl Kennedy), a close friend of his, but out of a need to prove his worth as a man — thinly veiled under the guise of wanting to “provide for his family” — Joseph is ready to go completely solo, something that Tess expresses her concerns about in the moments before he leaves regardless. He borrows Doug’s rifle and his truck with flimsy reasons for going alone and heads out, but it’s clear from the outset that Joseph is nowhere even close to prepared. He’s wielding his rifle like it’s almost a toy, loading it with such little grace that he drops several rounds multiple times — and even when he manages to get himself fully ready, boredom sets in fast, to the point where his imagination starts running wild. When he climbs up to the top of a tree stand, he hears a nonexistent crowd cheering for him enthusiastically before he dozes off for a few hours — as no deer continue to be found, he roleplays a pitcher as he lobs rocks against a tree, complete with fabricated sounds of a baseball commentator and a stadium crowd, and loudly boasts to the elements about his mustache at the top of a tall hill.

Then, in the middle of a clearing, he finally spots a deer. Frantically, he runs after it and aims his rifle; in an extraordinarily tense moment, all the sound around him empties out completely, save for his breathing, and the camera circles around him patiently and smoothly. A twig snaps behind him, and he turns around and shoots… but he finds, much to his pure shock, that he’s made a horrific mistake.

Much of Machoian’s style as established by The Killing of Two Lovers seems to have largely remained the same: a gorgeously utilized 4:3 aspect ratio from cinematographer Oscar Ignacio Jiménez, sustained long takes and incredibly purposeful editing, Clayne Machoian as the lead, and perhaps most obviously, a uniquely pensive and brooding tone as a result of all these elements together. Where The Integrity of Joseph Chambers deviates, however, is in just how much it manages to pack in a significantly more sparse narrative that’s been stripped down to the barest essentials — it’s not necessarily a character study in the context of his interactions with other people and how they play off of him, but more so one defined by how the one main character at its epicenter responds and reacts to his own undoing. A significant portion of this 96-minute film is spent solely in the stretch of forest that Joseph goes hunting in, and in turn, focuses solely on his exploits while completely alone. It’s a limitation that requires the character in question to be as convincing and engaging as humanly possible — one moment of emotional stagnation or boredom, and the impact of the parable this film tells immediately crumbles.

To that end, Clayne Crawford proves himself as one of the most talented actors of recent memory, if his incredibly robust turn in Killing wasn’t convincing enough for some audiences — fluctuating between self-assured yet bumbling macho-posturing, to terrifying bouts of shock, anxiety, and self-delusion in the moments that unfold after the story’s grim turning point. Machoian’s structuring of this film’s narrative is not unlike a novella, as previous mentioned, with a relatively small amount of scenes to begin with, and he makes a very deliberate decision to not cut away from even a single moment where Crawford can add a layer of extra emotional dimension to Joseph’s hyper-masculine attitude and eventual downfall. Crawford, in turn, makes the most out of every extended moment he’s afforded, offering a terrifying character study of one man’s integrity — a fitting word for the title, indeed — being continually tested by the earth-shattering obstacles he faces as a result of his vapid attempt at empty self-validation. It’s a powerfully unforgettable turn, and a difficult, risky narrative task fulfilled to its greatest potential thanks to the effort and investment Crawford pours into every facet of Joseph’s personality and untimely fallibility.

Outside of Crawford’s performance, the filmmaking skill on display is also noteworthy in its own right, with the visual and auditory experience evenly balanced out to work within the confines of a relatively isolated, self-contained bare-essentials story, all while each respective technical element pushes itself to the best possible quality achievable. Oscar Ignacio Jiménez’s camerawork, as mentioned, is one of the most exceptional uses of a boxier 4:3 aspect ratio in recent memory, utilizing its verticality to accentuate the intimidating, imposing nature of the tall forestry surrounding Joseph, as well as giving the square-like nature of the frame a kind of portrait aesthetic for warmer moments of more lush scenery, or colder moments filled with dead space around the film’s characters. It’s Peter Albrechtsen’s exceptional sound design that also takes Integrity to a whole new level, which not only offers us naturally integrated insights into the workings of Joseph’s self-serving imagination as mentioned above, but also gives us potent, hard-hitting moments of silence, as well as harrowingly tense moments of amplified sound from Joseph’s surroundings, something that especially comes to a stunningly subtle yet jaw-dropping head in the film’s unbearably tense final few moments. It’s difficult to tell immediately that the film is truly firing on all cylinders, especially when it inevitably uses so few for such a straightforward and simple story, but careful attention has evidently been paid to every aspect of its craft, and Integrity is a deeply rewarding experience on that front if you know just where to look, and what to listen to.

The Integrity of Joseph Chambers is a powerfully woven tale of a fragile masculine ego in free fall — one whose incredibly economical nature and remarkably creative understanding of the very few pieces at its disposal allows it to be the best possible version of what it sets out to be, without a gratuitous need for extraneous detail or narrative bloating. In a time where maximalist cinema is all the rage, and films with runtimes far past two hours are starting to create a new norm in mainstream media, Machoian, Crawford, and the rest of the team behind Integrity have created one of the most striking minimalist reminders of the “less-is-more” principle, delivering a simple yet deeply layered portrayal of not merely the pitfalls of toxic masculinity, but what happens when terrible consequences are inevitably exacted onto reckless, egoistic men who fail to superficially prove their worth at the expense of others.

For more information on The Integrity of Joseph Chambers and other films playing at the Tribeca Film Festival, check out their website.

Thank you for reading! What are your thoughts on The Integrity of Joseph Chambers? Comment down below!