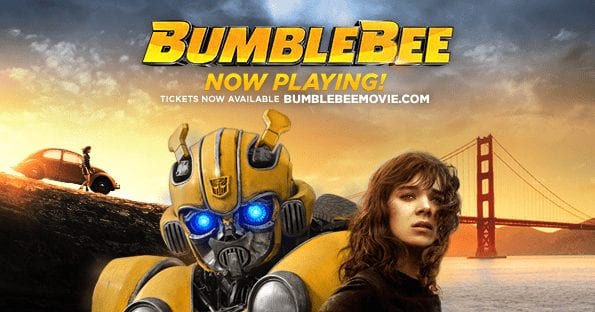 The Transformers Franchise is one of Hollywood’s worst. For over a decade we have been subject to Michael Bay’s exploding and shooting versions of these famous robots. When Bumblebee was announced, I was hesitant. The last time I watched a Transformers movie was in 2014 when Age of Extinction released. After sitting through three hours of nonsense and shoddy storytelling, I vowed never to watch the films again. So, I happily passed on 2017’s The Last Knight. However, Bumblebee manages to take the franchise in such a different direction that I am glad I broke that vow to go see it. 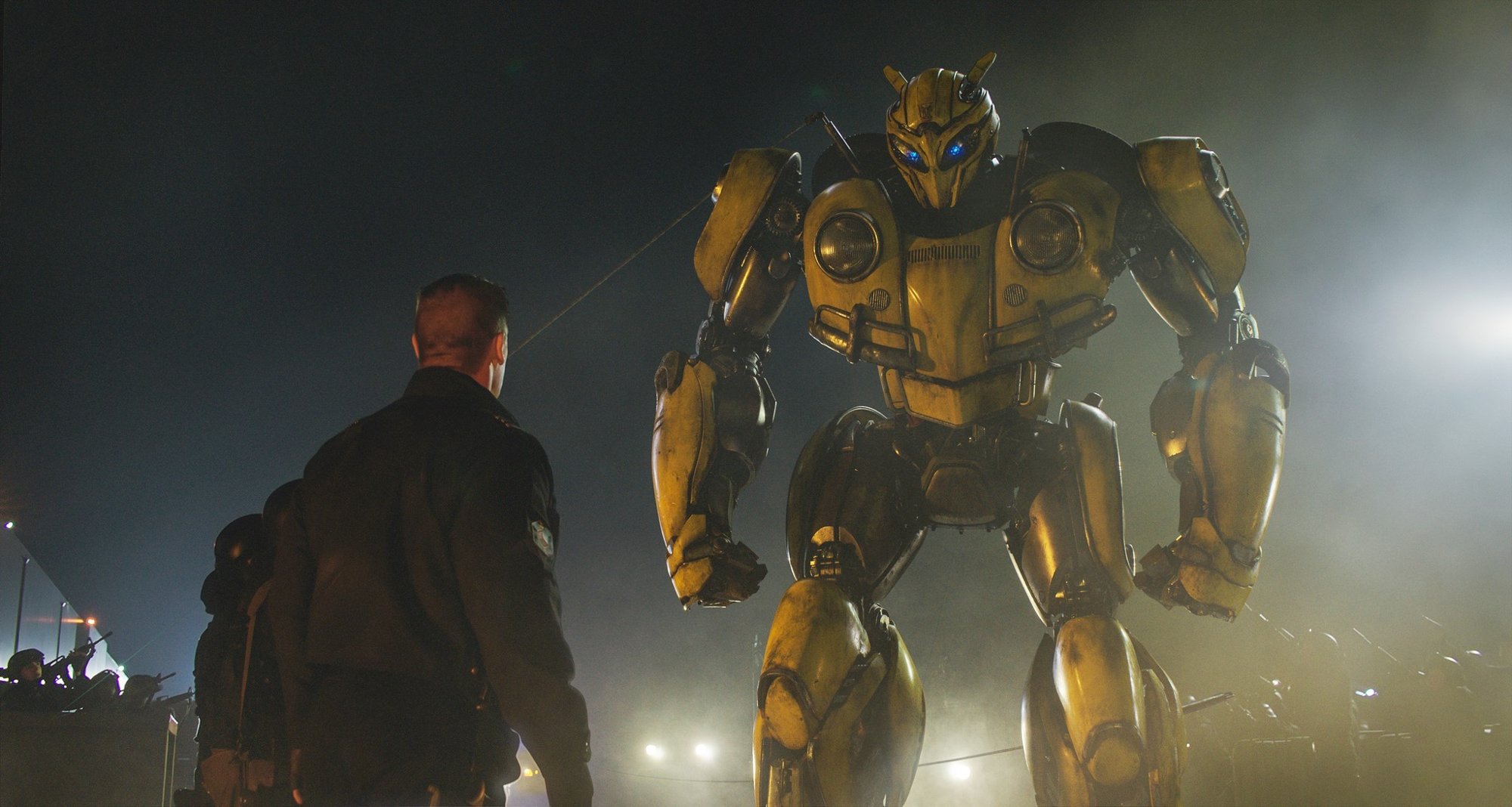 The Autobots are losing a devastating civil war for Cybertron against the evil Decepticons. As the Autobots retreat, Bee 127/Bumblebee (O’Brien) is sent by Optimus Prime (Cullen) to scout out a potential refuge for the Autobots. Crash landing on Earth, Bumblebee quickly finds himself at odds with the U.S. Military, primarily Agent Burns (Cena).

Meanwhile, Charlie Watson (Steinfeld) is your typical 80’s teenager. She has a less than appealing job, a family she doesn’t quite fit in with, and a fair amount of grief. On her eighteenth birthday, Charlie discovers Bumblebee. Together the pair must fight to keep Earth and each other safe from the Decepticons (Bassett and Theroux) that have tracked Bee 127 to Earth. 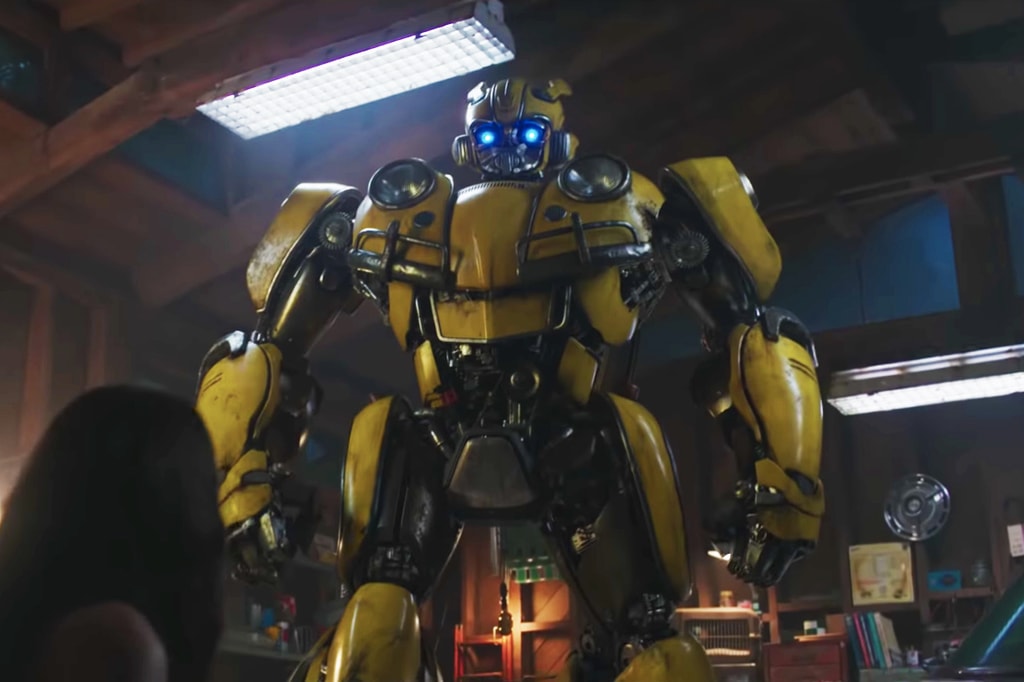 Bumblebee marks Michael Bay’s first departure from the franchise as director. This film also marks the first heavy use of the Transfomers’ classic 1980’s designs. By returning to the character’s roots and without Bay’s hand, Bumblebee breathes new life into a long dead franchise. The addition of Hailee Steinfeld and John Cena gives this installment in the Transformers Franchise much more heart than any of its predecessors.

If, like I was, you find yourself disconnect with the franchise, now is the perfect time to get back into it. Or just ignore the other films and pretend the franchise starts here; it may save your sanity.

Many films in recent years are nostalgia bombs for people who grew up in the 80’s. This year’s Ready Player One is a prime example of Hollywood trying to stir people’s memories of the decade. However, few of these films genuinely feel like the other films they pay tribute to. Again citing Ready Player One, the film is loaded with tidbits of the 80’s, however; it still feels very modern.

Bumblebee genuinely feels like it was made in the 1980’s. If it wasn’t for the CGI and digital quality, you could almost believe that this movie came out in 1987. You could tell me that Bumblebee was directed by John Hughes and I would believe it, because that’s how genuinely 80’s this film feels. The movie revels in this 80’s take and manages to succeed by giving into is cheesiness, rather than in becoming too self-serious.

Most films in the Transformers Franchise fail to connect with audiences on an emotional level. There is nothing emotional about watching fifteen CGI tractors get blown up, regardless of whether they are Autobot or Decepticon. On the other hand, there is something emotional about watching a human character struggle with the same emotions and feelings that we as an audience do. Bumblebee is the first film in the franchise to understand this and execute its emotional notes with real impact.

Charlie Watson is a regular teenager. Unlike Shia LaBeouf’s character in the original or Mark Wahlberg’s in the latter two installments, Charlie isn’t overly special. She isn’t a “chosen one” or a legacy, and she isn’t a super soldier. She is simply a teenager dealing with grief and trying to protect the one positive thing in her life. At the same time, we get to see Bumblebee almost like he is her pet dog. Bumblebee is stranded in a foreign world and he is hopelessly outmatched by the Decepticons and the Government. Charlie looks over him like an injured puppy, and their relationship is what sustains the narrative of this film. This connection is the key element that was never strong enough in the preceding films. By focusing on this relationship, audiences have reason to care for and get invested in Bumblebee.

Besides relying on charm and 80’s feel, Bumblebee also succeeds in its simplicity. The majority of Transformers films are bogged down with convoluted plots and pipe-dreamed MacGuffins. Bumblebee doesn’t waste its time with this nonsense. There is no magical device that can either save or end the world. There are only three Transformers involved in the main narrative, and so time isn’t wasted with unnecessary dialogue and re-introductions.

The narrative of Bumblebee and Charlie healing and helping each other takes precedence over the plot. Unlike the previous films where the plot constantly disrupts the narrative and makes a Civil War between giant robots way more complicated than it needs to be. While complex plots do have their place in many blockbusters, Bumblebee proves that all this franchise really needs is a little more humanity in its Autobots. 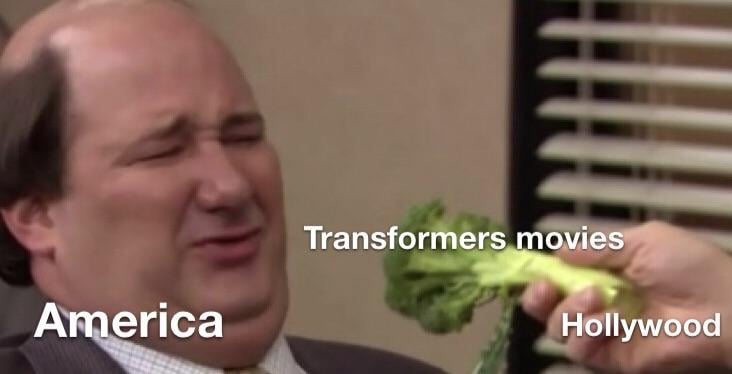 The Transformers Franchise is bloated. The first film is passable at best, but the series has been constantly downhill since there. While Bumblebee was in no way justifiable upon inception, it has managed to earn its keep. Hopefully this will serve as a lesson to other bloated franchises that sometimes the best way to continue a franchise is via major course correction. For instance, the DCEU could greatly use this as an example for some of its upcoming films. Not everything has to be deeply rooted in lore and complexity. Sometimes a story about a girl and her car/dog is all you need bring the audiences back in.

Bumblebee is an unnecessary but welcome addition to the Transformers Franchise. By dropping most of the nonsense that bogs down its predecessors, the film finds itself in a simple story with a lot of heart. It is a 1980’s movie that wasn’t made until 2018. It a story about two lost souls protecting each other. Plain and simple, Bumblebee is a cheesily straightforward story with a lot of heart.

Thank you for reading! What are you thoughts on Bumblebee? Comment down below!

[…] Bay film — what else do you expect? When actor Ben Affleck brought up the above question, Michael Bay had some choice words for him, which quickly shut up Affleck. Well, Mr. Bay, I’m not on your […]

Just saw this one today. Best Transformers movie ever. Kudos to the writers for giving Bumblebee a heart and letting our heroine ride off with her car, not the boy next door.
Loved it :)

This sounds way more like the other movies should have been. More fun less military fetishising