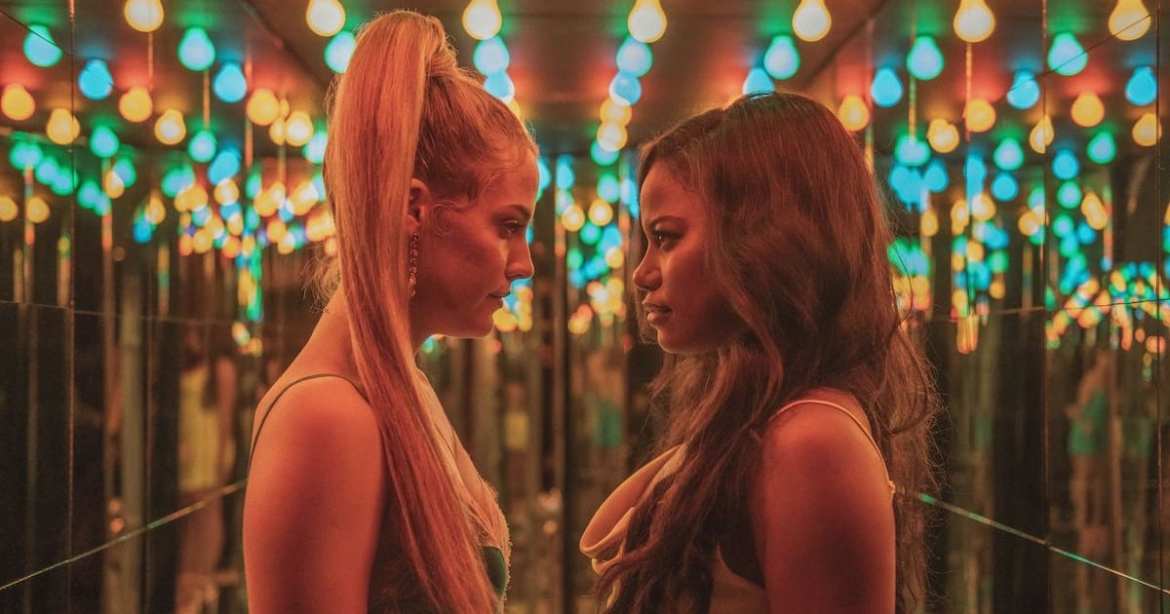 We practically demand that our entertainment speak to us in a meaningful way. We require it to be some sort of solution or commentary to the injustices in the world, expecting our creatives to help us through the muck. That does not always need to be the case. Great art doesn’t have to be about something. That is the brilliance of Zola. It uses great filmmaking to enthrall you with its story. A story that is exactly what it says in its opening lines; a story of “how me and this bitch fell out”.

I have yet to read the viral Twitter thread that inspired the film, and honestly, I’ve never felt the need. Admittedly, a Twitter thread leading to a feature film seems like a terrible idea. Reading the thread will not change that opinion, hell, seeing Zola didn’t change that opinion. However, great films can be birthed from terrible ideas, and this film is an example of that. Zola is a cinematic experience unlike anything else. This is a story that is ultimately about nothing, all while using cinematic flair and a crazy experience to entertain. The crazier the story, the more entranced you become.

Storytelling is a great unifier. Stories connect different people with different backgrounds and allow everyone to know a little more about each other. It’s also a great way to build a friendship by bringing people together. Which is one reason why Zola is so effective. It feels more like a friend sharing about their wild weekend than it does a film. Much like when you’re hearing about one of these wild stories, the foundational elements of storytelling are missing. Things like structure, character development, and theme do not mean a thing. It is about entertaining your audience; with that entertainment, you use hyperbole and a bit of exaggeration to hold them. Zola is all of those things. The characters are unreliable, we don’t know what is real or not, but none of that matters because it’s so damn entertaining!

What Zola does get right, is the one thing necessary for this story to come together, authenticity. Co-writer and Director, Janicza Bravo (alongside co-writer Jeremy O. Harris), bring Zola to life through unabashed honesty. Both writers know that great stories are felt not just heard, and they apply this to Zola with aplomb. From its grimy and washed-out visual style to its dialogue, everything we see and hear on screen aims to create a vibe. One that is true to these characters, their life, and this story. 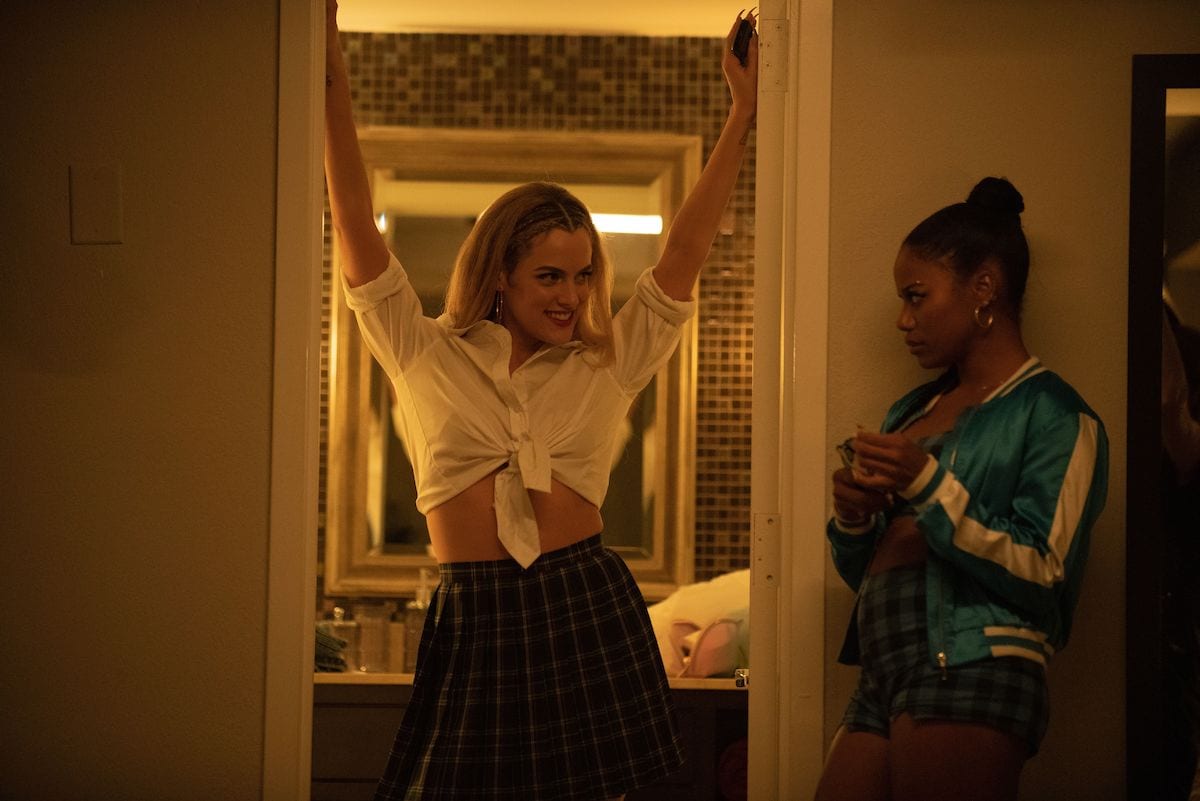 From top to bottom, Zola is perfectly acted and cast. Great stories are told by great storytellers, but the characters make these stories memorable. Taylour Paige does good work across from big performances by the remaining cast. Paige, who has some bigger moments herself, is mostly reacting to the grandeur. It is a thankless job but it’s a vital one for this film that also allows for some great moments from her. She carries and narrates the film well and shows a promising future.

One of the big performances across from her is Colman Domingo’s X. A character shrouded in mystery all the way down to his ever-changing accent, X is effectively the big bad. Domingo brings color to this character with his classic charm at times and others a startling intensity. He is always great, but he’s a scene-stealer in Zola. The biggest surprise is Nicholas Braun as Derrek, the neutered boyfriend to Riley Keough’s Stefani (we’ll get to her a little later). He provides plenty of humor and absurdity to the story and is just a joy to watch. These characters, along with an incredible, while brief, performance from Jason Mitchell, give Zola the memorable characters it needs. Even though they don’t have full arcs, and you don’t really care what happens to them, they are the type of characters you expect in a story like this and more importantly, you won’t forget them.

Most memorable and absurd of all the characters is Riley Keough’s Stefani. Keough is an incredible actor with a wide range and huge talent. All of her abilities are on display in this film. Stefani is a very difficult character to portray. With her braids, vernacular, and general demeanor, it’s easy to write her off as “problematic” (which is not entirely false). However, that is a real person. Growing up in Florida, I’ve known many a Stefani and as misguided as they appear, they are far more genuine than you think. Keough walks the incredibly thin line of this character with brilliance. Being an enigma of energy, confusion, and allure, she’s impossible to turn away from every second she’s on-screen. It’s a hurricane of a performance from a supremely-talented actress and is certain to be among the best from this year.

What Is This Movie About?

Everything Zola does aims to captivate its audience and pull you into this wild story. It achieves this with great filmmaking and interesting characters. Its brilliant storytelling becomes more brilliant when you peek behind the curtain to find nothing. Zola isn’t a film full of deep philosophical themes. It’s not pushing you intellectually or using broken characters to highlight a greater injustice. Very simply, it’s just a wild story. You can fish around and extract some themes if you’d like, that can be done with anything. But that doesn’t appear to be its goal. Its aim is much simpler, and that is to thrill you. And thrill you it certainly will.

Thank you for reading! What are your thoughts on Zola? Comment down below!

The Magical Elements of Character Development