What’s the Best A24 Movie Set in Florida? 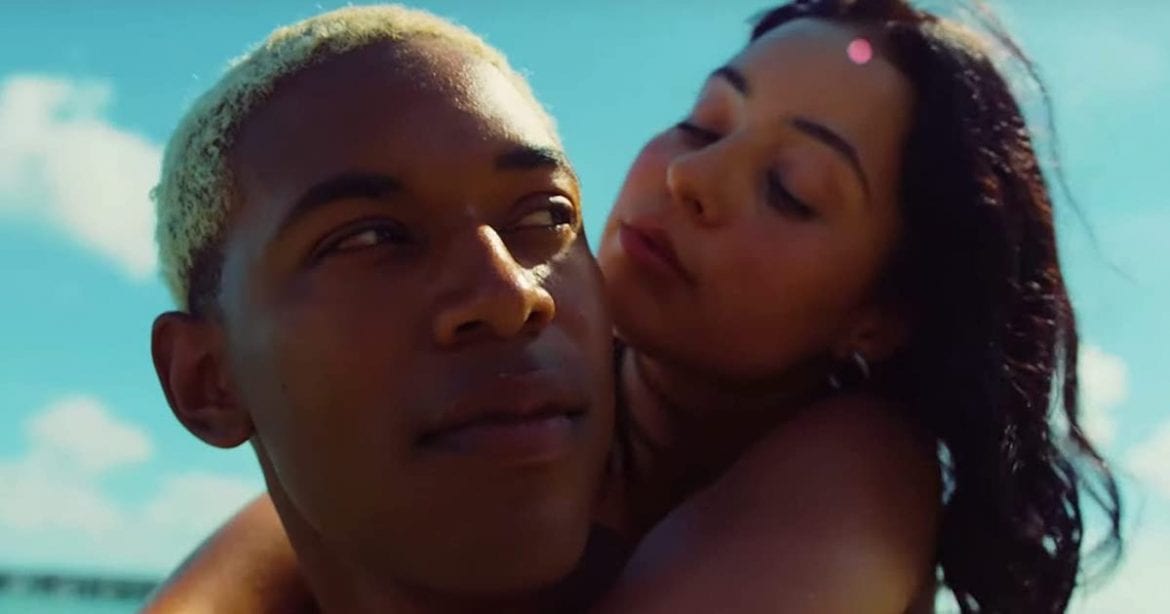 With every article I write about A24, the closer I become to being a merch bro. (Not yet!) But despite how much fun it is to dunk on people who like each and every A24 movie a little too much, the studio is becoming one of the most important, if not the most important distributor (and sometimes producer) of mature content from creators who wish to operate outside the mainstream studio system.

The notion of what an “A24 movie” is has never been clearer: a first-time director or one whose movie A24 distributes will surely be their biggest stage yet, an adult drama or atmospheric horror film, a subject that touches on people or a slice of life rarely seen in mainstream films, and a general high-art aesthetic. There’s also a good chance Lucas Hedges is in it somewhere.

A subpattern has emerged as well: a notable amount of their films takes place in Florida. Whether these creators love the juxtapositions that exist in the state — the wealthy and the poor, the beautiful scenery and the ugly underbelly, innocence and crime, etc. — or look at too many Florida man memes, the state has become an interesting quirk in A24’s library.

From James Franco’s grills to a bizarre Twitter thread brought to life, let’s break down each A24 film to take place in Florida, as well as which of them is ultimately the best.

My one hope in life is that Harmony Korine makes a third Florida movie following Spring Breakers and The Beach Bum to form an unholy Florida trilogy. A triad of gross, displeasing, yet oddly hilarious instances of debauchery.

Spring Breakers is unquestionably Korine’s most well-known movie to date. The film also essentially launched the A24 label as its first box office success and buzzy release. And while it received a fairly mixed reception upon its wide release in 2013, Spring Breakers has since developed a strong fan base (including yours truly) and turned into nightmare fuel for every college student on the eve of their spring break trip.

Korine creates a cesspool of filth in Spring Breakers as he details the disillusionment of a new kind of American Dream. All characters are corrupted beyond the point of return and completely self-unaware, which leads to some downright disgusting displays of hedonism as well as some showstopping examples of dark humor. None better than an iconic sing-a-long to Britney Spears’ “Everytime”.

To this day, Moonlight‘s Best Picture win feels like it occurred in a parallel universe. Even after Parasite‘s shocking Best Picture win in February, an intimate, soulful movie with a maximum budget estimate of $4 million about a man questioning his identity in different stages of his life with no true stars involved at the time of its release is an unfathomable outlier in the Academy’s long history.

Moonlight is deeply humane, thanks in large part to Barry Jenkins’ intense close-ups which have since become a staple in his work after If Beale Street Could Talk. The film turns into a self-parody under less skilled direction; thankfully, Jenkins always keeps the film grounded in realism and honesty. Its setting, Liberty City, is also crucial to its thematic depth, displaying how intense masculinity festers in these circumstances and irreparably damages almost everyone in one way or another.

Brooklynn Prince had the belt for cutest A24 kid until Alan S. Kim came along and blew me away in Minari. Still, Sean Baker’s portrait of childhood innocence in an anything but innocent situation is equally heartwarming and heartbreaking.

The last few minutes feel like a slight departure, but the beginning 97% of The Florida Project is right up there with A24’s best explorations of people rarely seen in mainstream films. The setting, an incredible tacky hotel in the shadow of Disney World, is a stroke of genius.

Smartly, Baker tells the story from Moonee’s perspective, so a lot of the troubles surrounding her are slightly guarded. I get the sense that Baker adores all these characters, flaws and all. A special shout out goes to Willem Dafoe in a performance that is so warm and giving. I’m still bitter he was robbed of the Best Supporting Actor Oscar in 2018.

I’ve returned to Waves multiple times, and I’m bummed I’m not in love with it. There’s so much to adore: great performances all around and an AMAZING soundtrack are the first two things that come to mind. I also love a movie that wants to take the audience through a ~wave~ of emotion. The song choices and Trent Reznor and Atticus Ross’ score are overpowering and haunting as they turn the film into a 135-minute music video. Waves wants to break you down into rubble, and then build you back up again. However, I can see all the moving parts too clearly. There’s a clear stench of manipulation that has Waves bordering on an Afterschool Special at times, especially in its first half. But, I admire and appreciate Trey Edward Schults‘ effort wholeheartedly.

In this case, the Florida setting heightens the strokes of neon in the cinematography, production design, and wardrobes, adding to the overwhelming emotional and visual experience Schults is aiming for.

Zola made its world premiere in January at the Sundance Film Festival with a planned release in summer…until the world fell apart. Who knows when the movie will release now, but the fact remains: Zola is absolutely wild. Based on an infamous Twitter thread written by Aziah “Zola” Wells after taking a weekend trip to Florida with a stripper (played in the film by Riley Keough), Zola is one of those movies that is stranger than fiction.

Similar to Spring Breakers, the contrast between the beautiful, orange-drenched sunsets and the gross, disturbing, and ridiculous aspects of the film are at the forefront. Zola is also best seen with the least amount of prior knowledge possible, so I’ll shut my big mouth now. Don’t seek out the Twitter thread before seeing the movie if you haven’t already.

So, Which is the Best Movie?

Moonlight. It’s one of the most important movies of the 2010s and it reshaped the latest era of indie filmmaking. Not mention A24 owes most of its current level of prominence to its success.

The word I always return to when describing Moonlight is “intimate.” Every aspect is so personal, from Chiron’s journey to Nicholas Britell’s moving score. Side characters enter and exit quickly, but each presence echoes throughout the rest of the movie. Each conversation is coded with multiple thematic meanings — rarely do we see such raw portrayals of the individual, people of the community, time, and setting. An achievement on every level.

Here’s how I rank all five movies:

Which Movie Has the Best Representation of the Region?

As much as my heart wants to pick Spring Breakers so I can end this article with an empathic “Florida forevaaaaaaaaaaaaa,” the answer has to be The Florida Project, followed closely behind by Moonlight.

The Florida Project‘s depiction of the Orlando area is hyper-realistic. If you’ve been in the greater that specific area of Florida, you’ve seen hotels just as tacky, filled with tourists and locals alike. Sean Baker captures a perfect microcosm for the area, where all walks of life and living situations exist within a few blocks of each other. The looming presence of Disney’s Magic Kingdom quietly taunts those who stay at the Magic Castle motel as a constant reminder of a place that is always just out of their reach. Out of the five movies, The Florida Project‘s setting is the most crucial to its storytelling. Without it, it’s nowhere near as resonant.

But who am I kidding, here’s James Franco’s “spring break forever” monologue just for the hell of it:

Thank you for reading! What are your thoughts on A24 movies set in Florida? Comment down below!

[…] an undocumented father with no criminal record who was sent to the Broward Transitional Center in Florida, an ICE facility. Comprised of committed DREAMers, NIYA took on a radical plan: contact Claudio by […]

I stan Kali because she’s delightful!!

‘Clear and Present Danger’ is the Best Tom...

Prepare for ‘Uncut Gems’ to Repeatedly Punch You...