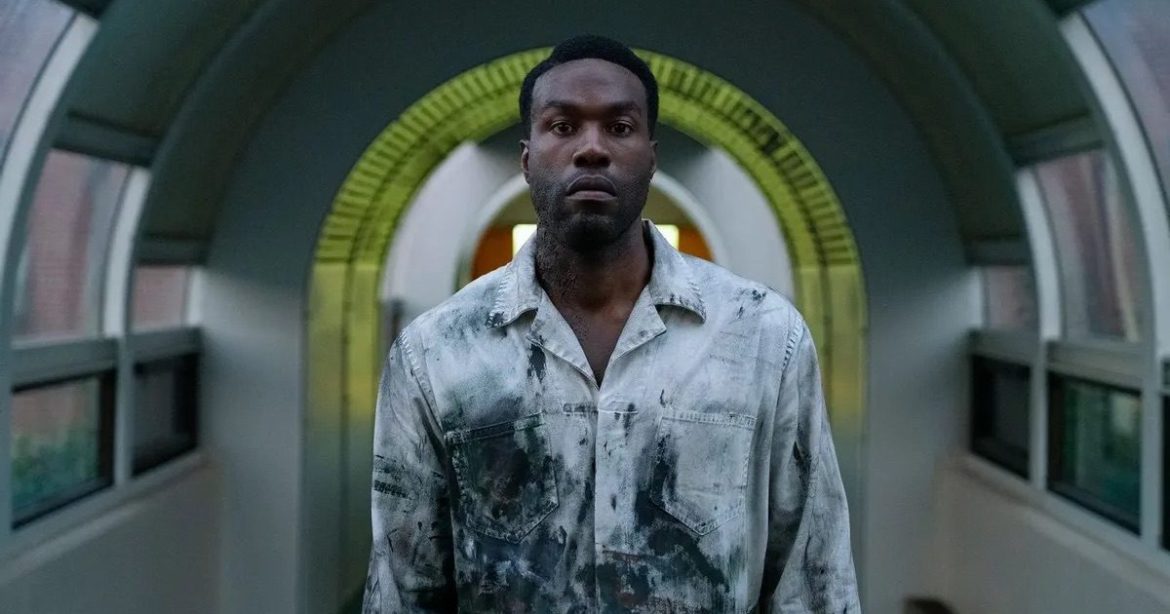 1992’s Candyman is considered a classic of the slasher genre — mythologically inventive, steeped in relevant racial themes, and far more ambitious than contemporary slasher films; which at the time were so verging on self-parody they would be satirized just a few years later in Scream. I appreciate 1992’s original film for what it offered at the time, but I am not sure in hindsight that it necessarily said all that much (Philip Glass’s brilliant score aside). From a horror perspective, I find the kill sequences unimaginative, and while there are a lot of important themes swirling about Candyman, they’re just that: swirling around the plot of the film, but never quite landing squarely into relevancy. Virginia Madsen’s placement at the center of the film felt uncomfortable to me upon a recent rewatch, as well. For a film so entrenched in racial issues and reckoning, placing a white woman in the role of savior and martyr gives me pause today.

That is not to say that there is not an immense amount to appreciate about the original, so in the Jordan Peele Era of Horror — where social issues are freely explored — it makes all the sense in the world that Candyman was deemed due for a modern reimagining. In Nia DaCosta’s hands, Candyman (2021) is a visually stunning update that aims to vault the film series’ message into the 21st century and place the franchise within the newly coined realm of “prestige horror.” Sometimes succeeding — but often overcompensating — the new Candyman is worth viewing for its aspiration, alone.

As a direct sequel to the 1992 original, Candyman picks up 30 years after the events of the first film.

It is not necessarily essential to view the first entry to view this new one — the film certainly covers the plot beats of the original adequately — but I’d recommend it. Because as we enter this new age for the Cabrini-Green area of Chicago, we learn that the events of the first film, and Helen Lyle herself, have become an urban legend in the region: just as Candyman once had been.

Artist Anthony McCoy (Yahya Abdul-Mateen II) lives in a building that was once the Cabrini-Green housing projects with his girlfriend Brianna (Teyonah Parris), an art gallery director. As Anthony seeks inspiration for a new piece, he meets a man named William Burke (Colman Domingo) who tells him the legend of the Candyman. Immediately feeling the creative spark he sought, Anthony begins to create — accidentally turning legend into reality and unleashing a force long-dormant back into the world.

You can immediately feel the confident direction of DaCosta transform this film.

From the opening title sequence, where we’re shown the Chicago skyline inverted through reflection (a callback to the original film’s non-inverted skyline sequence), you can understand the specific style that DaCosta aims to employ here. Stunning visual sequences and iconic set pieces fill this film, all showcasing the able hand of a director who is incredibly comfortable bringing her vision to a genre film.

Recurring devices throughout the film do much to add a signature style to Candyman. Throughout the film, backlit paper dolls serve to visually describe the urban legends and earlier plot beats being told to us, making what would otherwise be standard expository dialogue into something visually interesting. That device culminates in the end credit sequence, which is haunting, and worth sticking around for. Another trick DaCosta employs rectifies those mundane kill sequences from the original. In Candyman (2021), DaCosta cleverly renders Candyman invisible except in reflective surfaces — the very same surfaces you would use to call to him as legend portends. It creates for far more interesting moments, borrowing an old horror trick of withholding the monster as much as possible for maximum effect. One murder in particular — seen from across the street via an entirely windowed apartment — is particularly memorable.

If DaCosta’s directorial style gives this film liftoff, its script brings it back to Earth.

The performances in this film are varied — too many serve simply to advance the plot. Abdul-Mateen II does admirably with what’s given to him. Often he is forced to play stilted subdued to match the story, and we aren’t able to see enough of the charisma that brings his characters to life. Colman Domingo, it’s worth noting, is fabulous as always, but underused.

But the real problem with the performances is that the film has a 91-minute runtime, with enough themes and mythology to stuff a Tarantino-length feature. The characters simply don’t have room to breathe or develop, because they immediately and constantly need to be moving the story forward towards a climax that comes all-too-soon.

If the original Candyman (in my opinion) didn’t do enough with its racial themes, that problem certainly will not be felt in the modern sequel. Peele, DaCosta, and Win Rosenfeld’s screenplay thoroughly updates the mythology without overcomplicating it, and cements the Blackness of the original in a way that I felt the first film had started to lose by its final stinger. All of that said, the racial themes present here — explicit racism, gentrification, police violence, among others — are perhaps doled out… with a heavy hand. We’re explicitly told about these themes, and not necessarily shown them in a way that would be enlightening if you weren’t already all-too-familiar with them, and not necessarily in a way that is interesting if you are. By the time the film ends — in the manner it was always going to — you’re left wishing that a film so brilliantly stylized saved some of that brilliance for how it told its story.

Falling short of prestige, 2021’s Candyman is nevertheless a must for horror fans.

The advent of Jordan Peele has meant that social issues are up for grabs in Hollywood horror filmmaking. And in this subgenre, you have the gold standard (Peele), and the also-rans (see: Spiral: From the Book of Saw, or rather — don’t). But far from simply advancing his own brand, Peele has chosen to affix his seal of approval to up-and-coming Black directors with their own unique visions — and film is all the better for it. Nia DaCosta brings to this film entirely original ideas and style from other entries in the horror genre, and the film’s shortcomings should not serve as a deterrent from viewing. From its dread-inducing score, which evokes elements of Glass’s iconic original, to the visual feast that is its memorable kill sequences and mythological set pieces, it’s easy to wish Candyman had lept the final hurdles to achieving greatness, but just as easy to enjoy the treat that DaCosta has offered us.

Thank you for reading! What are your thoughts on Candyman? Comment down below!

‘The Matrix Resurrections’ Is a Meta Swing for...