Riz Ahmed shines in this complicated, yet touching exploration of fatherhood. 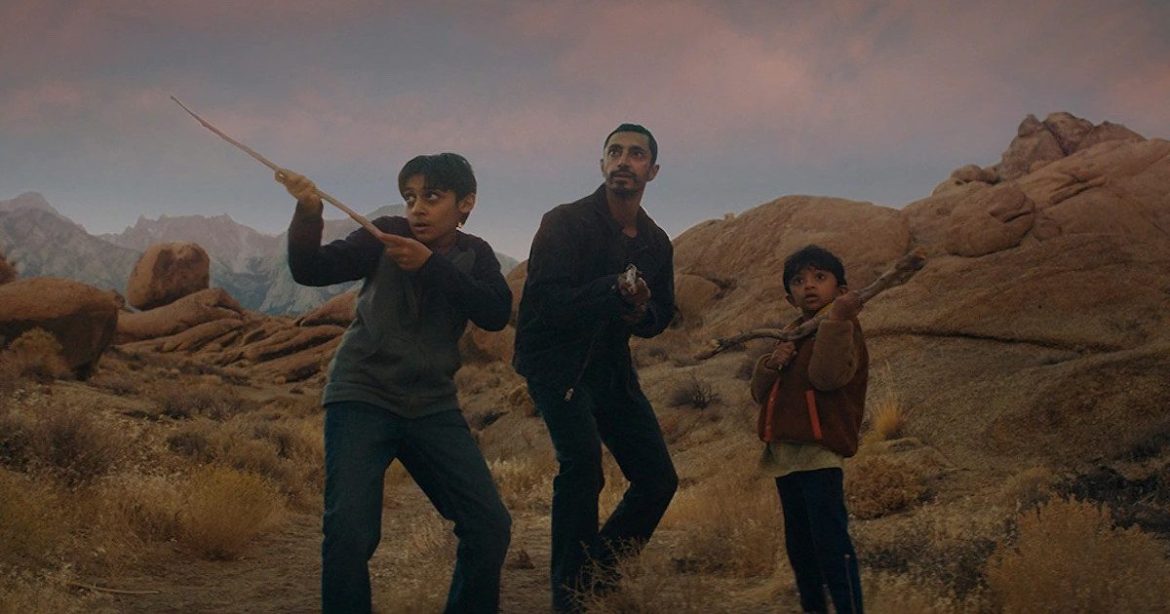 After a number of standout supporting roles over the last half a decade, Riz Ahmed‘s wiry unpredictability and genuine pathos he injects into his performances has seen him evolve into a leading man with an arresting screen presence. Last year, he cemented himself as one of the most compelling actors working right now with his Oscar-nominated tour de force performance in the excellent Sound of Metal. This year, Ahmed stars in another Amazon original film where he must confront a threat that will impact not only himself and his family, but all of planet Earth.

In Encounter, Ahmed plays decorated U.S. marine, Malik Khan. Malik has made a shocking discovery the rest of the world seems blissfully ignorant toward; meteors are crashing down on Earth and bringing with them colonies of parasitic alien bugs that will seize control of the human population. Desperate and frightened of what horrors this global invasion will bring, Malik embarks on a rescue mission to get his two young boys, Jay and Bobby (Lucian-River Chauhan and Additya Geddada respectively) to safety as they travel across the country from Oregon to Nevada.

Director and co-writer, Michael Pearce creates a strange beast of a film with Encounter. A fresh and stylish blend of the ratcheting paranoia of Invasion of the Body Snatchers with the unconventional portrait of fatherhood presented through the lens of science fiction reminiscent of Jeff Nichols’ Midnight Special. Pearce makes every insect that flies or crawls into frame feel like this ominous, scary presence that immediately puts Malik and his boys in terrible danger. However it is Malik’s relationship with his sons where the film shines in the first half, reconnecting with them for the first time in two years due to his military service. The trio (or the Three Musketeers as Malik calls them throughout the film) bond over not just learning how they will survive in this new world, but even the little things like playfully squabbling over which radio station to listen to.

That being said, the plot takes a major turn when certain revelations are made at the midpoint that changes the course of the rest of the film. It is difficult to discuss with getting deep into spoiler territory, but it is bound to make some feel betrayed by the directions Encounter goes in the second half. This turn brings the always amazing Octavia Spencer into the fray with a role that redefines the meaning of the word ‘thankless’ and also introduces a number of themes about trauma and returning veterans that feel more like afterthoughts than meaningful explorations into the topic. However, for the seemingly unbreakable familial unit, this turn creates a real tension between them that is riveting to watch play out, bringing the best of the three performers. No surprise that Ahmed delivers another magnetic performance here, being able to switch from the gentle loving father to the intense authoritative military man in a heartbeat as his world starts falling apart around him. Lucian-River Chauhan and Aditya Geddada also give outstanding performances as Jay and Bobby, powerless amidst all the chaos but learning to be brave in the face of the looming threat.

Encounter will not work for everyone, but if you stay onboard to where this movie will take you, it is an overall rewarding experience. Come for the paranoid sci-fi road trip film, but stay for its complicated, yet touching exploration into family and fatherhood, anchored by two fantastic child performances and the undeniable brilliance of Riz Ahmed.

Encounter is screening in cinemas and online as part of TIFF from September 9-18. For more information and to view the full program, head to tiff.net.

Thank you for reading! What are your thoughts on Encounter? Comment down below!