‘My Own Private Idaho’ Is a Journey of Feelings

This is what Shakespeare would've wanted. 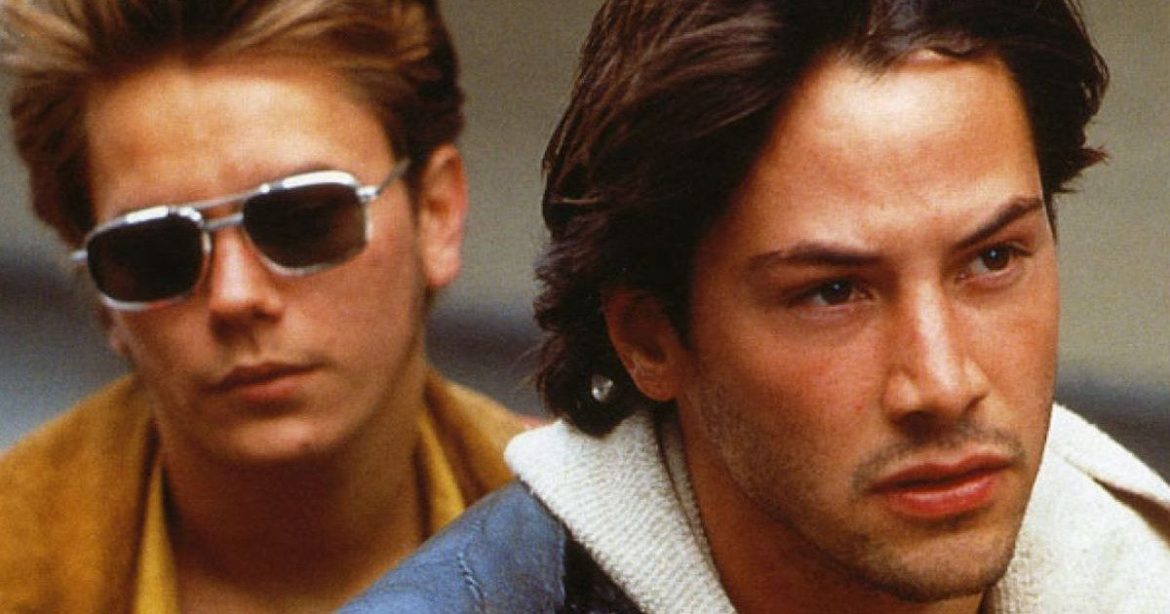 My Own Private Idaho is weird to watch for the first time. I don’t know what I was expecting, but a group of young male prostitutes with Shakespearean vernacular was not it. All I knew about this film was young Keanu Reeves and River Phoenix were the stars, which is really all I needed to hear.

Did I understand My Own Private Idaho? I wouldn’t say that I fully understood it. Did I enjoy it? Honestly, still up in the air. Did it make me feel emotions whose origins I couldn’t explain? Yes, and that’s why this movie is worth a watch. It doesn’t tell you a story — it makes you feel it deep in your subconscious.

My Own Private Idaho actually lifts much of its plot from Henry IV. Scott Favor (Keanu Reeves) is the disgraced Prince of Wales, spending his life in the slums with less than reputable people. However, he knows that once he reaches the age of 21, he will forgo all his previous ways and inherit his father’s fortune. This is all despite the fact that he leads an unvirtuous life.

Of course, there are elements you wouldn’t find in your high school reading of Shakespeare. Our main characters are male prostitutes who have no qualms about who they service as long as they get the money. There’s definitely a lot more swearing. It’s some pretty heavy stuff. However, the audience is always reminded of the movie’s roots with the more flowery dialogue that you wouldn’t expect characters of this caliber to possess.

This odd mix of sophisticated dialogue and rough surroundings evokes unease and also wonder. It’s unsettling for the audience to reconcile the type of people on screen with the beautiful soliloquies they utter. Yet, it’s this same sense of unease that brings wonder to the movie. Isn’t it amazing how these people speak despite their environment? The world is truly a beautiful place.

From Idaho to Italy

My Own Private Idaho has the weirdest array of settings. It starts in a gritty part of Seattle, where Mikey Waters (River Phoenix) does his job as a hustler. Mikey is picked up by a wealthy older woman, along with Scott Favors and another hustler named Gary. Mike, a chronic narcoleptic, suffers an episode and wakes up the next day in Portland, Oregon, with Scott. While in Portland, Mike tells Scott he wants to visit his brother so he can learn more about his mother, so they travel to Idaho. Mike’s mother’s previous boss tells them she left and went to Italy, so of course, Scott and Mike travel there. Eventually, they make it back to Seattle and we end the film back in Idaho.

Once again, the choice of setting evokes a feeling of wonder in the audience, as well as wanderlust. Mike and Scott are so free that they can travel anywhere they want with little thought. Not many of us get to experience something like that and yet we feel that sense of being footloose and fancy-free.

It’s especially odd to me that Idaho is one of the key settings of My Own Private Idaho, as it’s not necessarily the most exciting place. Yet, it seems the perfect place for a movie like this. Even in contrast to a grand place like Rome, Idaho holds its own as being mysterious and full of charm.

Mike is a truly troubled character. He suffers from narcolepsy, which one can infer is probably a response to his rough upbringing. He combs the streets of Seattle for a quick buck, willing to do almost anything for it. Through all of it, he thinks of his mother, a woman he hasn’t seen since he was young.

His pain and grief translate to the audience. It’s hard not to watch Mike break down in tears and not feel like crying right alongside him. Loss is a powerful feeling, which is why the audience feels it so potently. I’ll admit I may have shed a few tears when Mike broke down in his brother’s arms, even if I wasn’t entirely sure why I was feeling that way.

Flashbacks also serve to create another emotion — fear. Generally, if a character has flashbacks, we know that there most likely was a traumatic event that’s causing them to have these memories haunt them. The character knows what that event is, but we don’t at first. That breeds fear in the audience and creates that familiar sense of uneasiness that My Own Private Idaho excels at creating.

One of the hardest emotions that this movie creates is pain from unrequited longing. On their journey in Idaho, Scott and Mike spend a night camping under the stars. Mike confesses that he truly loves Scott, perhaps as more than just a friend. Scott tells Mike he loves him too and offers to have Mike sleep in his arms, but he doesn’t have the same emotion that Mike has.

This indifference to love is hard for the audience to take along with Mike. It’s obvious that Scott and Mike have a special bond that goes beyond just being buddies. Having Scott not be able to acknowledge that is painful, especially when he leaves Mike and his street buddies behind in the end.

My Own Private Idaho does well to create a feeling of loss and longing. I wasn’t really sure if I was into the film or not, but I had to keep watching because it had created a hole in my heart for a character I barely knew. I wanted that happy ending, even if I knew it wasn’t coming.

Who knew you could feel that way about Idaho?

Thank you for reading! What are your thoughts on My Own Private Idaho? Comment down below!