The Greatness of ‘The Lion King’ 25 Years Later 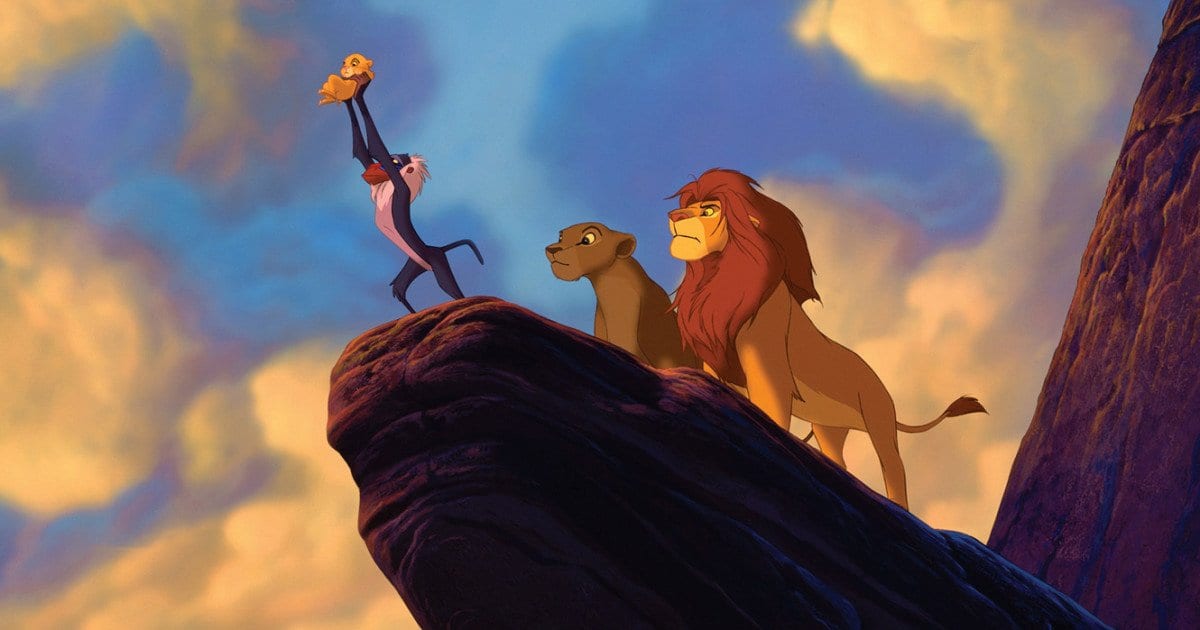 Hakuna Matata: words that have stuck with us for the past 25 years. The phrase may translate as literally meaning “no problem”, but most of us just remember it as being the catchphrase of Timon and Pumbaa. It may be hard to believe that a quarter of a century has passed since The Lion King hit the big screens, but that’s not the only reason that this movie is worth talking about. Disney is releasing a live-action version of this family-favorite this summer. So, as we’re out with the old and in with the new, it seems that the circle of life is still very much in motion. Now seems like the perfect time to look back fondly at why this movie is still such a success to this day. (We’re also going to take a quick look at the possible origins of this wonderful tale.)

The Highlights of The Lion King

image via Where Is The Nomad

Aside from the story, which is as humorous as it is captivating, there are many aspects of The Lion King that make it memorable. We’re all familiar with the songs “The Circle of Life” and “Can You Feel the Love Tonight” by Elton John. Of course, many more people will remember the song about the problem-free philosophy: “Hakuna Matata”. It might also surprise you that Hans Zimmer, god of movie soundtracks, also composes several pieces for the movie. The musical aspect of The Lion King is certainly something that stands out in our minds, one way or another.

Of course, the music isn’t the only major selling point for this movie. The voice actors behind some of our favorite animated characters often go unnoticed. Most of us remember that Rowan Atkinson voiced Zazu and James Earl Jones voiced Mufasa, and also that Matthew Broderick voiced Simba, Jeremy Irons voiced Scar, and Whoopi Goldberg voiced Shenzi, the hyena. The personalities given to these animations really sell the emotion and humor contained within this story. Not to mention the animations themselves, which for a 1994 movie were (and still are) incredible. The inspiration for the landscapes comes from the Hell’s Gate National Park in Kenya. In the movie, the vibrant colors and bustling landscapes reflect the animators own experience in the country. Fun fact: They took a trip out there prior to animating the movie.

Suitable for Children and Adults

There’s no denying that The Lion King is a classic! So, how did Disney manage to make a movie that appeals to both children and adults alike? The simple answer is that despite being about lions, hyenas, baboons, warthogs, and meercats, The Lion King is a human story. We, as the audience, connect to the characters because each and every one represents an emotion or situation that exists in everyday life. Let’s use the most extreme example from this movie: Scar.

I’m not implying that you would murder your brother and/or banish your nephew, but there is a deeper aspect to consider. Scar feels worthless and undervalued. He loses out on being next in the line for the throne because of Simba, a mere child/cub. We’ve all felt jealousy before, one way or another. It’s an intense, toxic emotion that can lead us to regrettable actions. Haven’t you had a younger sibling, cousin, or friend steal the spotlight from you as a child? Kids tend to feel wounded whenever their parents show attention to anyone else.

Even the hyenas in the movie are relatable. They are outcasts, shunned from society because of who they are and how they behave. They’re treated as second-class citizens, maybe even less than that. Their motivations and actions may be evil and misguided, but you can also understand why they felt slighted. They didn’t just wake up one day and decide to be evil. Instead, it’s something that festered inside of them to the point of taking action. They represent the misfits of the world, the kids who consider themselves rebels without a cause, or those who have been rejected for being different.

We see a similar thing with the heroes of the story. You have Mufasa, the noble and strong leader. He is surely a character that most aspire to resemble. Simba, the naive cub who feels out of his comfort zone, plagued by a death that ultimately wasn’t his fault. He represents the freedom we have as children and the responsibility that comes with adulthood. As children, haven’t we all sat down as a guest at somebody else’s dinner table, only to have something vile placed in front of us? Perhaps it wasn’t as unappetizing as grubs and worms, but it could have smelled or looked just as bad. At least from a child’s perspective! Timon and Pumbaa are close friends who simply want to enjoy the simple things in life. Even if that simple thing is the previously mentioned grubs.

No matter which character you pick from The Lion King, you’ll find traits/emotions that you can at least relate to in some way. Haven’t we all felt like running away from the world at some point? Haven’t we all relied on the wisdom of others to help guide us in the right direction? We may not be kings, framed for murder, or lions, but the characters and story create an emotional bridge between the audience and the movie. One that stays with us for decades. Not to mention that this movie led to several sequels, which in itself reminds us that not every good movie needs a sequel!

Speaking of the story, The Lion King has often been described as Disney’s first animated feature to be an original story. The writers and filmmakers have mentioned that they took inspiration from several different sources. This includes the Bible, such as the tales of Moses and Joseph, but also from Shakespeare’s Hamlet. As we’ll see in a moment, the basic structure of this story might date back to much more ancient times than Shakespeare.

Before that though, there is another possible source that is rarely discussed. If you haven’t heard, there are similarities between The Lion King and a Japanese cartoon named Kimba. Kimba was aired as far back as the 1960s and follows a white lion whose father is lured into a trap and killed. After being guided by the ghosts of his parents, Kimba returns to defeat the evil king named Claw (who looks exactly like Scar).

Whether The Lion King took inspiration from previous stories or not doesn’t take anything away from the final product. Without the combination of story, music, voice acting, and animation, this movie simply wouldn’t be the success that it still is to this day. I’m sure we all remember it fondly, and why wouldn’t we? It tells an incredibly powerful story of love, responsibility, happiness, and justice. But what if the template for this story dates back beyond Kimba, Hamlet, and the Bible? Let’s end by discussing a rather intriguing parallel. 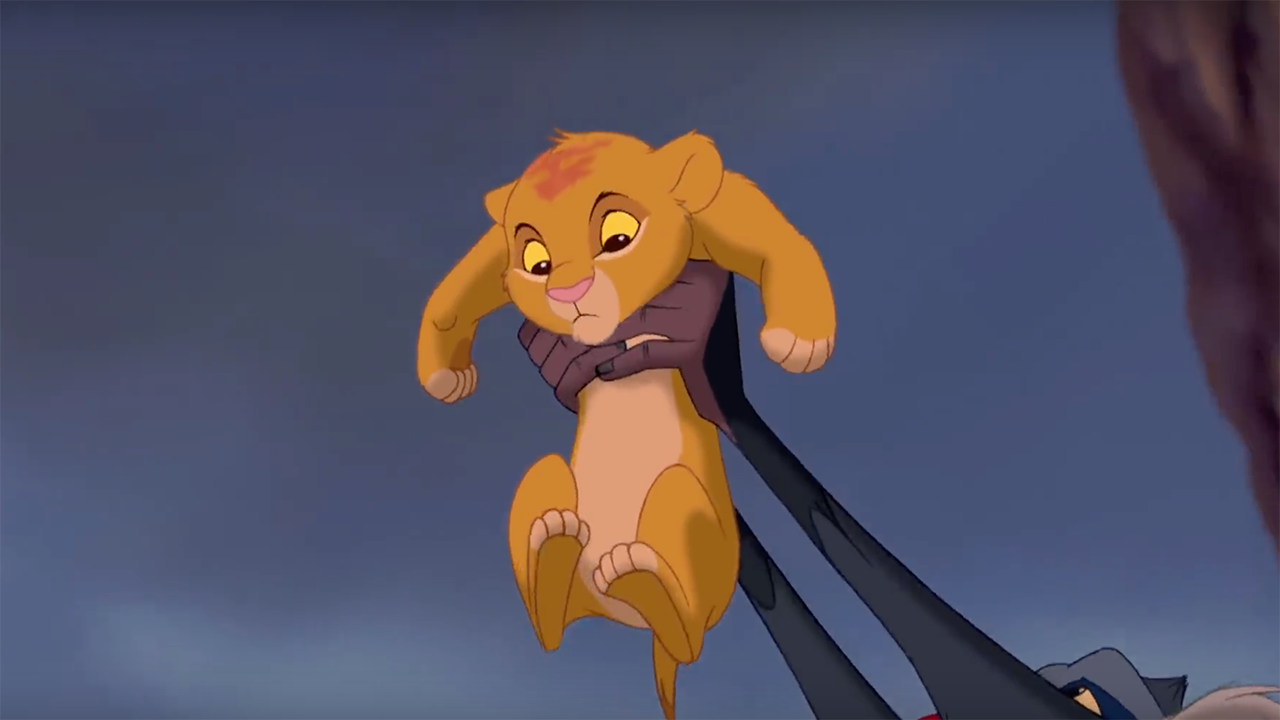 What is the story of The Lion King? You’re probably all familiar with it, but here’s a little reminder. We’ll consider the general plot of Hamlet as well, just for fun. Both stories begin with the death of the King. In the case of The Lion King, it’s Mufasa, whereas in Hamlet it’s, well, King Hamlet. After an interaction with his father’s ghost and an old friend, the Prince decides to seek revenge on his uncle. In the end, the uncle dies.

I’ve kept this summary purposefully vague in order to highlight the underlying elements. Of course, Hamlet contains more death, poisoning, incest, and drastically fewer musical numbers. I know what you’re thinking: out of all the stories that have ever been told, we’re bound to run into similar templates. So, what other stories use this same template of sons avenging murdered fathers by killing uncles?

Interestingly, the reason I’m mentioning this is because the same story can be found further back in time, in Ancient Egypt. The Myth of Osiris is one that dates back earlier than 2400BCE. It tells the story of Osiris, King of the Ancient Egyptians. There are a few versions of this story, but this is the most common one. His brother, Set, becomes jealous of the power that Osiris is giving out to others. As such, he traps Osiris and kills him. Horus, the son of Osiris, returns later in life and defeat Sets in battle, becoming the new King of Egypt. This is also a plot device in the Prince of Persia movie. 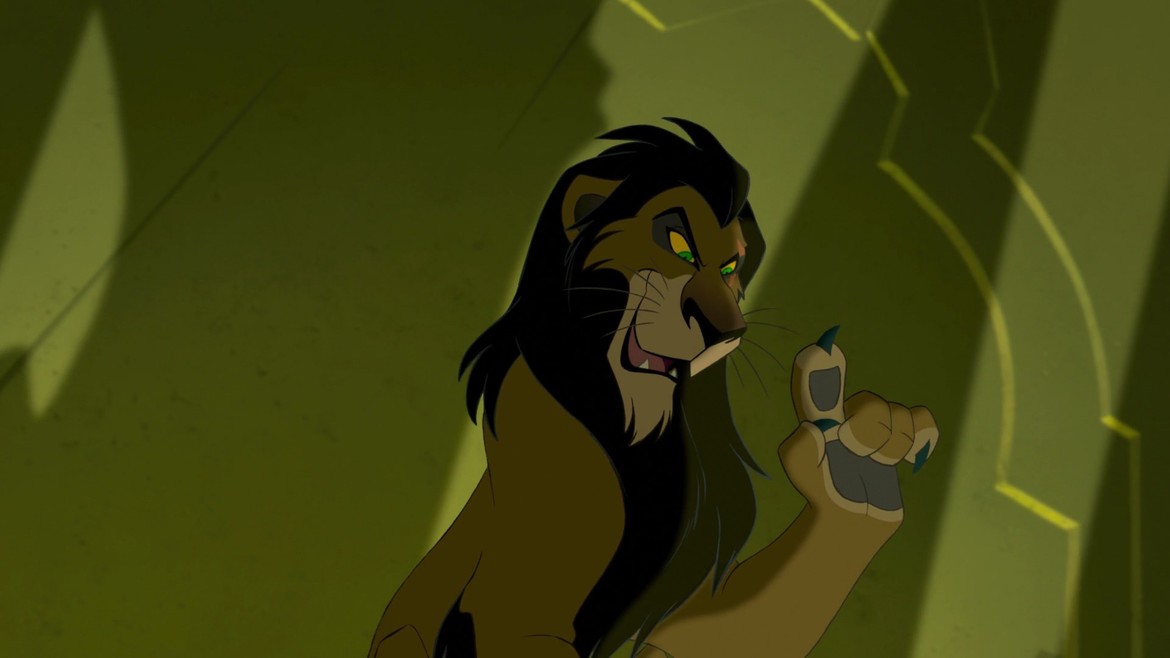 Perhaps we’ve gotten a little off topic towards the end there, but with The Lion King being such a popular movie, I wanted to provide an angle that might be new to you. We’ve all laughed at Timon and Pumbaa’s fart jokes or sang along with “The Circle of Life”, but how many times have you watched The Lion King and wondered if it’s telling a similar tale to that of the Gods of Ancient Egypt? I’m sure you weren’t expecting that when you clicked on this article! Overall though, you don’t need me to tell you why The Lion King is great. It’s funny, it’s exciting, and it makes you happy, sad, angry, and a number of other emotions. Scar is an excellent villain, and The Lion King showers us with a range of entertaining heroes. I mean really, what more could you ask for from a movie?

Thank you for reading! What are your thoughts on The Lion King? Are you excited for the live-action remake? Comment down below!

It’s a shame that Disney plagiarized Kimba the White Lion, trademarked “Hakuna Matata”, and stole “Mbube” by Solomon Linda with that stolen song “The Lion Sleeps Tonight”. I hate how Disney never owned up to those things, how people defend those actions, and for them disrespecting African cultures.

Great in-depth analysis, thank you!!! It’s an amazing movie indeed (and that’s why I don’t feel the need for a remake)!

This is why it’s a classic!

The Lion King is stuff legends are made of ♥ My family still quote lines from the original and I’ve never met anyone who doesn’t know a Lion King song.