The things we are willing to do for our best friends... 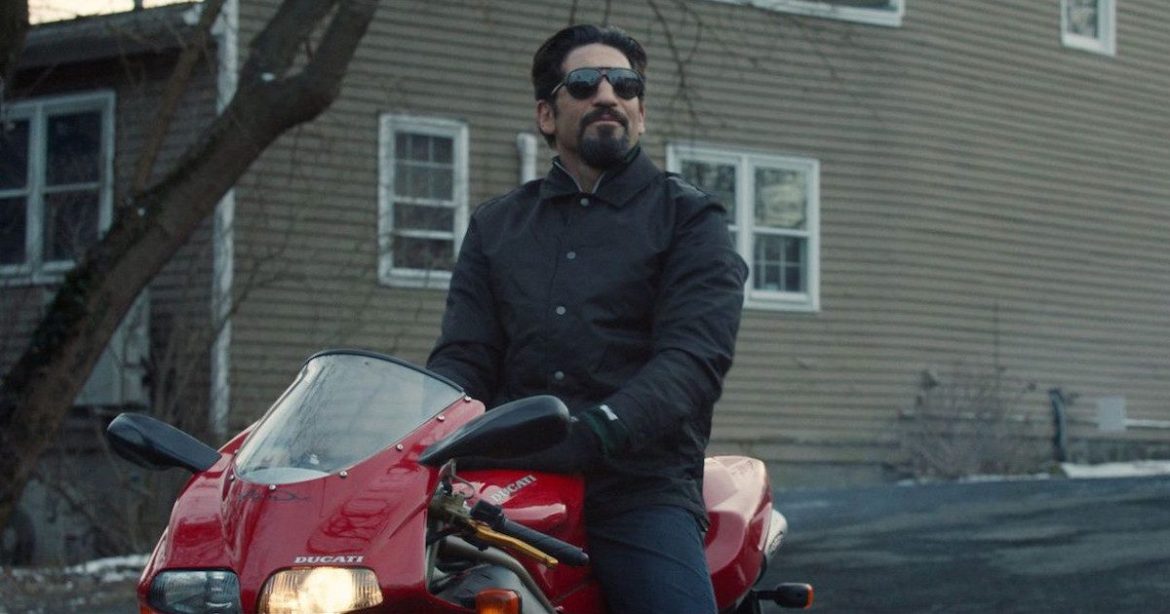 A common complaint regarding movies based on plays is that they feel like exactly that: a play made into a movie. Detractors often cite the transition from stage to screen as being too noticeable, remarking on the limited setting and the heavy emphasis on dialogue rather than visuals. The end result isn’t considered engaging enough, it just lacks the necessary cinematic aesthetic.

I’ve never really understood this criticism. It’s not that I don’t notice that a certain film is a stage adaptation, it’s that I don’t see the problem. One could chalk this up as simply personal preference. Some people just don’t like the stage — I never understood that.

I enjoy strong dialogue as much (and sometimes) more than visual splendor. I relish great acting, seeing thespians doing their magic. Whether it’s on the screen or on the stage doesn’t matter to me.

Not all stage adaptations are dismissed by critics, of course. There are countless classics from the past, countless Shakespeare iterations, numerous Tennessee Williams adaptations, etc. Last year’s The Father, directed by the playwright himself, was a venerated Oscar darling.

But it didn’t surprise me that from perusing some of the reviews of Small Engine Repair, that critics reproduced that old complaint of the stage-to-screen struggle. And neither did it surprise me that the obviousness of it being an adaptation didn’t bother me one bit.

Similar to The Father, Small Engine Repair is written and directed by the original playwright, Jon Pollono. Pollono goes even a step further by taking on the lead role.

Pollono stars as Frank, a reformed ex-convict with a notoriously violent temper. As he returns to civilization, he’s welcomed by his childhood friends, Swaino (Jon Bernthal) and Packie (Shea Whigham), who took care of Frank’s young daughter (Nina Peterson), since her biological mother, Karen (Jordana Spiro), was absent.

Around a decade or so passes and Frank makes good on his reform by maintaining a moderately successful repair shop. Frank’s daughter, Crystal (now played by Ciara Bravo) grew up as a typically hotheaded teen (especially considering her Boston roots), but smart and seemingly responsible, especially in comparison to her deadbeat alcoholic mother. The fact that she got accepted into an Ivy League university confirms this.

But while celebrating her college acceptance, the three friends get into a brawl, one in which Frank’s demons rise up to the surface. After nearly beating a man to death, Frank never wants to see either Swaino and Packie again, in fear that their influence will only exacerbate his violent tendencies.

Time passes again. With the false promise to Swaino that there will be strippers, and with the lie to Packie that he’s suffering from cancer, Frank calls up his friends again. They meet with him in his repair shop and find him back on the sauce, and eager to party. Apparently, he just wants to reconnect with his friends.

But as Karen’s eager text messages to Frank hint at, there are ulterior, more sinister motives for this sudden reunion.

The first hour seems like a slice-of-life dramedy, a study of three down-and-out Bostonians. You see what you would probably expect from your average Bostonian; sports talk, heavy drinking, and foul-mouthed banter. Then it suddenly devolves into something far darker, and evidently, more interesting.

This doesn’t mean that the comedy completely disappears, however. Once Frank’s motives are clear, the film becomes more dramatic but also dapples into some hilarious pitch-black comedy. An attentive viewer might already piece together Frank’s plot, and the darkness that’s awaiting the characters, but that still doesn’t make the tonal shift any less effective.

What makes Small Engine Repair such an entertaining ride, is that it really feels like these three people knew each other from childhood on. Having not read or seen the play, I can’t account for how much was improvised or how much of the dialogue came from the play. Whatever the case may be, their dialogue flows naturally without resorting to smart-alecky quips or posturing masculinity.

Each of the three men has trouble relating to women. Frank is caught in a toxic on-and-off relationship with Karen. Swaino is a womanizer, with a strict policy of never dating any women over twenty-six. Packie still lives with his 99-year old grandmother and seems to suffer from a serious case of arrested development.

Each of the cast members is perfectly cast. Pollono himself seems like the most well-adjusted, but that is until his rage bottles up to the surface and then he becomes a frightening presence. Seeing the little twitch below his eye makes you realize that when this person loses control, people can get seriously hurt (or worse).

Bernthal plays Swaino with the regular swagger and machismo he’s known for. Yet when his character needs to open up, you see that beneath his confident veneer, lies a more sensitive spirit. Even by the end, you see how appalled he is by the morbidity ahead. The highlight of his performance comes when he confronts Frank about his attachment to Karen. Under threat of violence, Swaino doesn’t back down. Near tears, he continues with his plea for his friend’s well-being. It might be my favorite Bernthal performance so far.

Whigham is probably the most endearing of the three, mostly because he oozes out a certain innocence. He dresses like a child and even cries like one. Unlike the other two, he’s more attuned with modern times, even aware of social network lingo. In return, he’s more sensitive to people’s feelings and sympathetic to progressive values. He’s incredibly insecure, often looking for validation. It’s never even made clear whether he’s ever had a functional romantic relationship in his life. I’ve met people like this. Good people who just can’t get their act together.

Even though I’ve mentioned all the men, Jordana Spiro’s performance shouldn’t be dismissed. While Karen initially seems like the typical deadbeat mom who’s nearly impossible to sympathize with, her character receives added depth by the film’s third act. Suddenly, she becomes someone you care about. It’s hard to delve into without spoiling it, but let’s just say that Spiro impresses just as much as the men.

Since these are Bostonians, raised somewhere in the seventies, their dialogue certainly isn’t politically correct — though Packie’s hatred for homophobic language should be noted. Women are objectified, effeminate men are demonized, minorities are stereotyped, and getting into fights is a natural incentive to reclaim one’s honor.

Note that this isn’t some vapid bromance movie. With all their bluster, these are characters with serious childhood traumas. One of the best sequences of the film sees the trio recalling one particular incident in their childhood, in which each of their fathers were beating them due to the shock of their favorite team losing the World Series.

However, the film also clearly states that male toxicity continues even beyond their hard-knock generation. Once upper-class drug-dealer, Chad (Spencer House), is introduced and relates his attitude towards the opposite sex — and how this attitude leads to casual bullying and sexual abuse, not just by him but by his whole Ivy League fraternity. You realize that no matter how hard we monitor language, these men and the power that enables them will unfortunately continue to exist.

For me, Small Engine Repair is one of the gems of the year. Yes, it takes place mostly in one environment, but in turn, you get to see three actors, with incredible chemistry, play off each other. You get a rewarding, surprisingly moving black comedy. For me, that’s more than enough.

Thank you for reading! What are your thoughts on Small Engine Repair? Comment down below!