What Are We Going to Do Now?: 25 Years of ‘Reality Bites’ 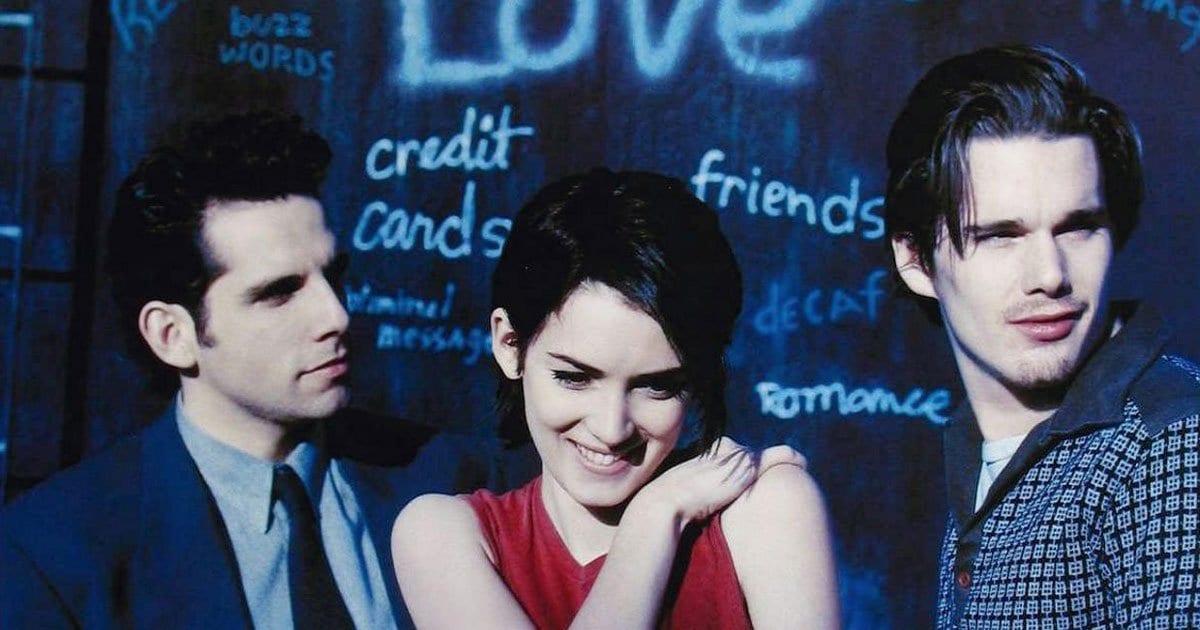 Being in your mid-twenties is rough. You’re supposedly young enough to remain attached to the recklessness of youth, yet too old not to have your completely figured out. You subsist on canned and frozen food. If you’re lucky, you work a steady, decent-paying job. Generally, you find yourself in a state of uncertainty, wondering what direction your life will take.

The anxiety and entropy of this stage have inspired any number of books, TV shows, songs and movies. Last week, a quintessential example of that subgenre — 1994’s Reality Bites — turned 25 itself. The movie’s release coincided with a coming-of-age for many so-called “Gen X-ers” and remains very much rooted in its time. Nevertheless, it holds up tremendously well, speaking to fears and struggles that apply to every generation of young adults. It’s also pretty damn hilarious. 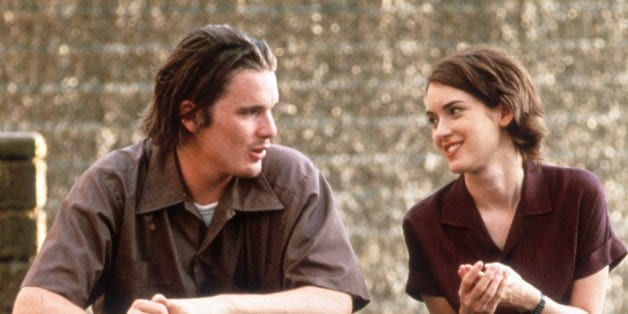 “Hello, you’ve reached the winter of our discontent.”

Reality Bites follows pals Lelaina (Winona Ryder), Troy (Ethan Hawke), Vickie (Janeane Garofalo) and Sammy (Steve Zahn), all four of whom (except Troy) have just finished college and wind up living together in the same small house in Houston. Lelaina, an aspiring documentary filmmaker, records moments from her friends’ day-to-day lives on her video camera as they struggle to maintain both their work and love lives.

Things get particularly dire for Lelaina when she loses her job working for obnoxious, psychotic morning TV host Grant Gubler (John Mahoney). Meanwhile, she starts dating TV producer Michael Grates (played by director Ben Stiller), who admires Lelaina’s documentary work and offers to sell it to his network — presenting her with what just might be her big break. Troy, a moody, unemployed musician/philosopher who has had mutual feelings for Lelaina for years, is suspicious of Michael’s yuppie lifestyle. 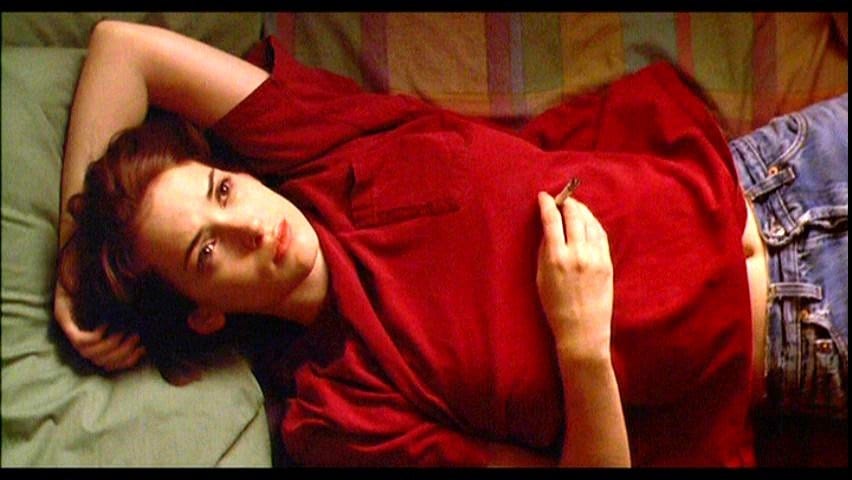 The movie opens with video footage of class valedictorian Lelaina addressing her fellow graduates. “What are we going to do now?” she asks her classmates, fumbling with her notecards. “The answer is…I don’t know.”

This opening perfectly encapsulates the movie’s chief theme. Lelaina and her friends find themselves at a crucial crossroads in their lives. This is their chance to try their luck at life in the “real world,” and they don’t want to make the same mistakes their parents did.  They’re nervous about committing to relationships because they’re familiar with how easily they can go wrong (Lelaina and Troy are both children of divorce, and Vickie’s parents are trapped in a loveless marriage). Ultimately, the goal for them is to be happy while still maintaining their ideals. 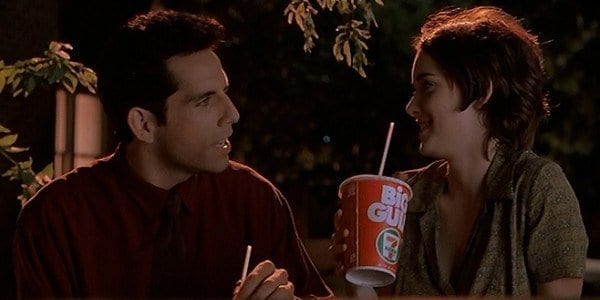 This turns out to be tricky, however. When Michael sells Lelaina’s documentary to the MTV-esque In Your Face network, she’s understandably infuriated at the various splices and edits made by the network execs. She storms out on Michael, accusing him of compromising her vision. Meanwhile, Troy drifts from job to job — by his count, he’s been fired from 12 in all. He hides behind existential aphorisms, a general smug demeanor and quick flings with his band’s groupies. It seems he’s fearful of committing to anything in his life on the chance it won’t work out in the end.

Michael Grates should technically represent everything these four don’t want for their lives. He’s a fast-talking, suit-wearing, workaholic yuppie who makes every interaction feel like a business deal. But despite the way he lives, Michael seems to regret having sold himself out; he talks to Lelaina about being fascinated by astronomy and how he doesn’t feel attached to the finer things in life. 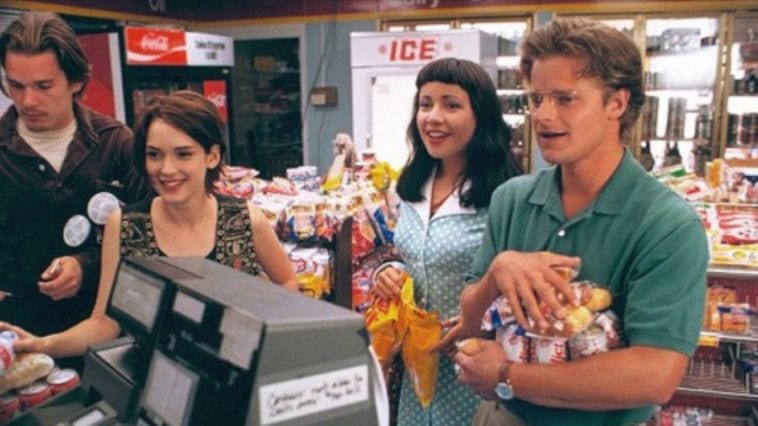 Stiller opts for a simple yet refined style of direction, and the film is tonally on-point throughout as a result. It glides effortlessly from the goofily mundane (Vickie folding shirts at the Gap, Troy watching an old One Day at a Time rerun) to moments of genuine pain, fear and emotion. Lelaina comforts Vickie as she panicks over the results of an AIDS test, Sammy comes out to his mother — these moments feel real without becoming watered-down or saccharine.

And did I mention the soundtrack? The soundtrack rules. It’s hip, upbeat, and expertly curated. You’ve got your World Party, your Squeeze, your Crowded House, your Dinosaur Jr., your Julianna Hatfield, your U2. And to top it all off, you have two of modern pop’s greatest masterpieces, the Knack’s “My Sharona” and Lisa Loeb’s “Stay (I Missed You).” Is it any wonder this soundtrack practically resided on everyone’s tape deck back in ’94? 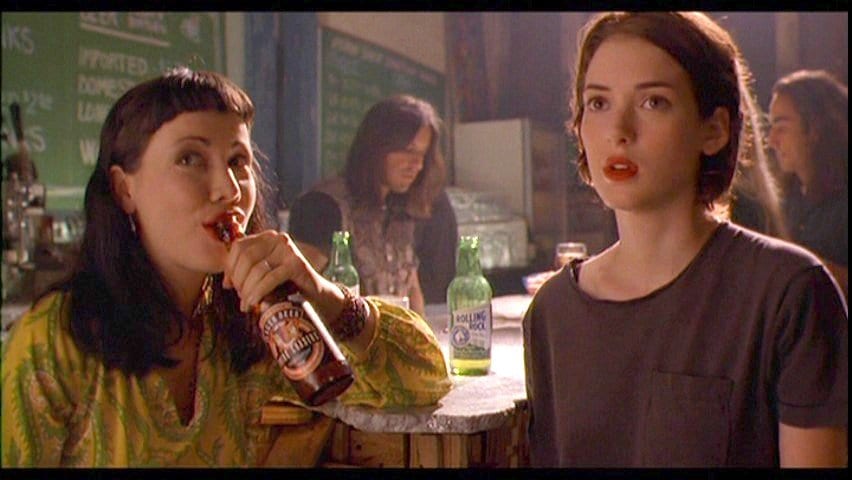 Reality Bites is darn near perfect — one of those movies you fall deeper in love with each time you see it. It offers a faint but real glimmer of hope amid the harrowing, exhausting twenty-something experience. Life can be tough, and you might feel completely lost at times. But if you’re willing to lean on the people in your life who care about you, things will turn out okay.

Thank you for reading! What are your thoughts on Reality Bites? Comment down below!

Wonder why Winona never became the next big thing?

I saw this movie on a date in theatres when it came out. I don’t remember much about the movie tbh. Other than considering the scam she runs with her dad’s gas card on numerous occasions when I was flat broke.