‘Ghostbusters: Afterlife’ and the Dark Underbelly of Nostalgia

The latest in a long line of films that make stupid people cheer in a theater when they recognize an object from an older film. 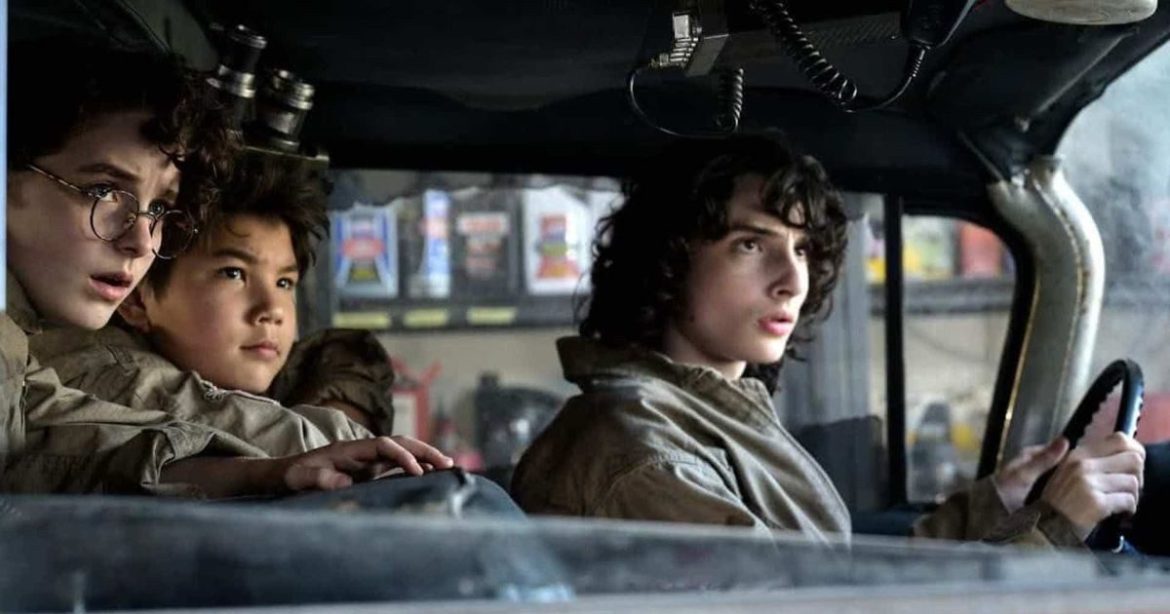 There was a time when Jason Reitman was one of the most exciting, up-and-coming voices in the film industry. The son of Ivan Reitman began to see his rise to prominence in the film industry in the mid-2000s. He has made multiple truly great films such as Up in the Air, Juno, Young Adult, and the incredibly underrated Tully. It seemed that even when he made films that weren’t home runs, there were still some redeeming qualities that kept them from feeling like anything more than missteps in an impressive career from a solid filmmaker.

That is, until he made Ghostbusters: Afterlife.

I want to preface this review by saying that there is a tremendous amount of talent both in front of and behind the camera for this film and that I was rooting for it to be a success. I think it’s impossible not to consider the fact that Jason Reitman is taking the helm of the franchise that his father was integral in creating (Ivan Reitman directed both Ghostbusters and Ghostbusters II). With this, you can feel an enormous amount of reverence for the source material. That’s where the problems start because the source material is anything but reverent.

To watch Ghostbusters: Afterlife is to virtually be assaulted by nostalgia for essentially every minute of its runtime. I have nothing wrong with nostalgia, in fact, I believe it can be a wonderful and emotional thing when it is properly utilized. One of my favorite films of all time is Cinema Paradiso (which I wrote about for this site with a piece that was essentially one long masturbatory article about nostalgia!) and that is a film that is entirely about a heart-aching longing for the past and the power of the memory for a time and place that holds value. Ghostbusters: Afterlife mistakes the act of recognition of props, lines of dialogue, or actors with the deeply powerful act of connecting to a film.

It’s easy to see how we got to this point when giant entertainment conglomerates such as Disney advertise bootleg footage of audiences’ thunderous cheers and applause during the climactic battle sequence of Avengers: Endgame to illustrate how powerful the collective viewing experience of recognizable products are. “He said, ‘Avengers assemble’!!! I know what that is! Me like movie! Me like movie!” Just as it’s painfully obvious watching Ghostbusters: Afterlife that brand recognizability should not be the quintessence of a film. In this case, the “brand” is regurgitated elements (even throwaway lines!) from the original films.

The film follows the grandchildren of Egon Spengler, Phoebe (Mckenna Grace) who is a 12-year-old, socially awkward scientist, and her 15-year-old brother Trevor (Finn Wolfhard), a boy who will have a crush on a girl and can fix cars (if these characterizations seem lazy, then wait until you see the movie), who travel with their mother (Carrie Coon) to a tiny town (that I guess has a Walmart because of product placement) in rural Oklahoma after their estranged (grand)father leaves them his estate, labeled by the townsfolk as  “dirt farm”. The town experiences regular “earthquakes” despite being in a location where there should be none. So with the help of their new friends Podcast (seriously), Lucky (Celeste O’Connor), and summer school teacher and seismologist Gary (Paul Rudd), the kids attempt to discover the mystery of the town and what drew Egon there.

The thing that made the original Ghostbusters so memorable was its characters. Each felt unique, had a distinct voice and something to bring to the team/comedy. While the worldbuilding felt cool, the entire joke of the film was the question: what if a team of ghost hunters were just working-class glorified janitors? The proton packs felt like clumsily built objects that could malfunction horribly at any second (much of the comedy of the first film is a comedy of errors involving this). Even the inventor of these tools, Egon, has difficulty wrangling their powers.

The characters in Ghostbusters: Afterlife are completely one-dimensional and uninteresting. Everyone essentially amounts to walking clichés. There are multiple elements of this film, that if it were better, could have really moved me: I was raised by a single mother, and I do not have any sort of relationship with my father. Instead, everything feels so paper-thin and lazy. Phoebe is certainly the biggest victim of this. The incredibly brilliant child is not a new concept by any stretch of the imagination, but Phoebe almost makes Young Sheldon feel subtle in comparison. It seems she has no weakness which, as a result, completely kills any sense of tension we can feel for her. It’s a really cool and inspiring idea to have a character of a young girl who aspires to be a scientist, but when it feels so lazy, it loses its power. There is also a recurring gag of dad jokes that Phoebe makes throughout the film that did not connect in the way it was intended to and often made me cringe. To be clear, I think Mckenna Grace gives a solid performance and I think with better material she is a more than capable actress, so the fault does not land upon her. It lands squarely on the lazy script and tired characterization.

Unfortunately, the supporting cast members are no better. Trevor amounts to a walking/talking cliché of an angsty teenage boy who is unenthusiastic about having to relocate to a new town. There isn’t much to say about his character because there isn’t much else to him. That goes for the rest of the supporting cast too. The characters of this film feel super uninspired in every way.

It drove me absolutely bonkers how seemingly every character in this film immediately knows precisely what every single object is, and precisely how it functions. Phoebe is the most egregious example of this, but quite literally every important character in this film (even the ones who seem completely unfamiliar with the original Ghostbusters story) have a complete grip of a technology that only one man invented and understood (and even he seemed to be making things up as he went along). There is one scene involving a car chase with the Ecto-1 where it seems there is a very slight learning curve as there is some destruction leveled in the town, but the characters are immediately let off the hook with seemingly no consequences whatsoever.

The word I keep returning to is lazy. Ghostbusters: Afterlife is a deeply lazy and pandering film that left me feeling empty. In 2016, Ghostbusters was rebooted with an all-female cast and while that film has been discussed endlessly to the point where you would think it was some controversial turn for cinema, I actually think there were multiple things that film did right. Both the reboot and the original film featured a cast of famous faces from SNL to attempt to use their charm to mine comedy from this material.

Ghostbusters: Afterlife is so preoccupied with pandering to the fans of this franchise by shoving any prop, piece of production design, or iconic line as far down their throats as they can. I walked out of the theater depressed. After Ghostbusters (2016), it seemed pretty safe to assume that this franchise was dead. The unfortunate truth is maybe it should have stayed that way.

Thank you for reading! What are your thoughts on Ghostbusters: Afterlife? Comment down below!

Thanks, don’t think I’ll rush to see this one :)

You’ve got to love a review that works in the phrase “dark underbelly.” 😉