Sundance Film Festival 2022 Reviews: ‘When You Finish Saving the World’, ‘Brian and Charles’, and ‘The Cathedral’

A round-up of reviews on movies about two grouches, a washing machine robot, and an ambitious coming-of-age tale. 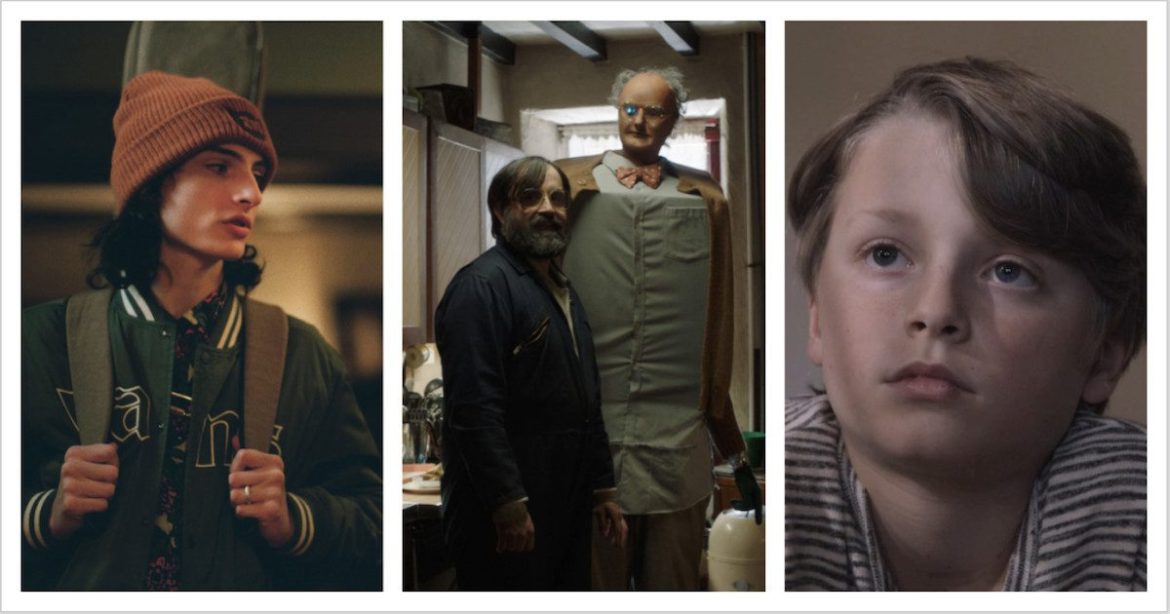 When You Finish Saving the World

Is it the least shocking film development ever that Jesse Eisenberg, one of our most anxious, idiosyncratic performers, centered his directorial debut around two highly anxious, idiosyncratic characters? If you had to guess the director of When You Finish Saving the World without knowing, odds are you’d land on Eisenberg quickly.

Ziggy (Finn Wolfhard) makes hilariously shallow songs and livestreams them around the world to his decently sized tween audience. (He likes to remind everyone of his following in almost every conversation.) His mom, Evelyn (Julianne Moore), operates a domestic abuse shelter and likes to hint to everyone that she might be a little more educated than them. That condescension permeates just about every single one of her conversations. So yeah, these aren’t the most pleasant characters you’ll ever come across, but watching each of them refuse to see the other on equal footing because of their self-absorption does make for good drama. They’re not bad people, but they’re certainly a kind of relatively decent human who is always first to pat themselves on the back for a good deed.

Their traits make for some excruciating interactions, though. Ziggy falls hard for the Marxist girl in his class and fails miserably at attempting to impress her with his own “enlightened” ideas. Evelyn takes the son of a domestic abuse survivor and tries to get him into college in an obvious and conceited attempt to replace Ziggy since there isn’t a chance in hell he’s going to listen to what she has to say.

Eisenberg’s approach to the material is modest. So modest, in fact, that When You Finish Saving the World comes across as a tad inconsequential. By the end, however, the film’s title does ring true: maybe these people should stop trying to impress everyone with their noxious virtue signaling and actually learn how to connect.

In Brian and Charles, a very lonely Welsh inventor decides to build a robot companion. He’s a very odd inventor — one that usually makes unnecessary contraptions or ones that just don’t work — so his robot is made out of a washing machine. The robot also likes cabbages. And his name is Charles Petrescu.

As you might imagine, the film has a lot of fun with its eccentric characters. Its sense of humor is always delightfully goofy, and David Earl as Brian is such an endearing oddball. The plethora of standalone joke set pieces almost makes you forget that Brian and Charles is barely a movie. At less than 90 minutes, the film is still stretched very thin. The film was expanded from a short, so you can understand why that may be the case. Jim Archer fills that time with an equally lonely love interest for Brian and the Welsh countryside equivalent of a middle school bully. The film is also a mockumentary, but why are these people following Brian at all? Did Brian hire them so he’d have someone to talk to? It doesn’t matter, it’s merely a delivery service for Earl to tell jokes to the camera. In fairness, they are really funny.

At the end of the day, when a movie has a friendly robot made out of a washing machine who breaks out into a little jig every time he’s happy, I can’t resist. I absolutely vibe with Jim Archer’s sense of humor.

A common occurrence at Sundance is to stumble upon a film by an up-and-coming filmmaker that they have been waiting their entire life to tell. So much so that while there may be a clear amount of craft at play, it’s so overstuffed with ideas that the film’s storytelling is nonspecific and limp. This year, that film is The Cathedral, which has been purportedly rattling around in Ricky D’Ambrose’s head since he was 19. It’s a coming-of-age story, but also a reflection on America as a whole from the end of the Reagan years to the height of the Iraq War. The film is also highly impressionistic, using the camera in most cases to stand in for lead character Jesse’s fragmented memory of his childhood. Yeah, it’s a big swing.

I admire this kind of film, one that looks to tell a sprawling story through a highly confined, intimate lens. I even admire The Cathedral for giving Brian d’Arcy James a meaty role as Jesse’s failing father Richard. (Who doesn’t love when he shows up in a movie?) Yet while moments in which we see Richard floundering to provide for his family should be a condemnation of the failings of the Reagan years, they’re mostly fairly generic deadbeat dad material. The same goes for the film’s other reflections: they’re so unspecific that its critiques feel toothless, and its artistic approach (which I would normally love) is ostentatious rather than meditative.

Thank you for reading! What are your thoughts on When You Finish Saving the World, Brian and Charles, and The Cathedral? Comment down below!

[…] Sundance Film Festival 2022 Reviews: ‘When You Finish Saving the World’, ‘Brian and Charles’… Posted In UncategorizedTagged In #movienight […]