Rebecca Hall is as good as ever in Andrew Semans' twisted thriller about loss, motherhood, mental illness, and control. 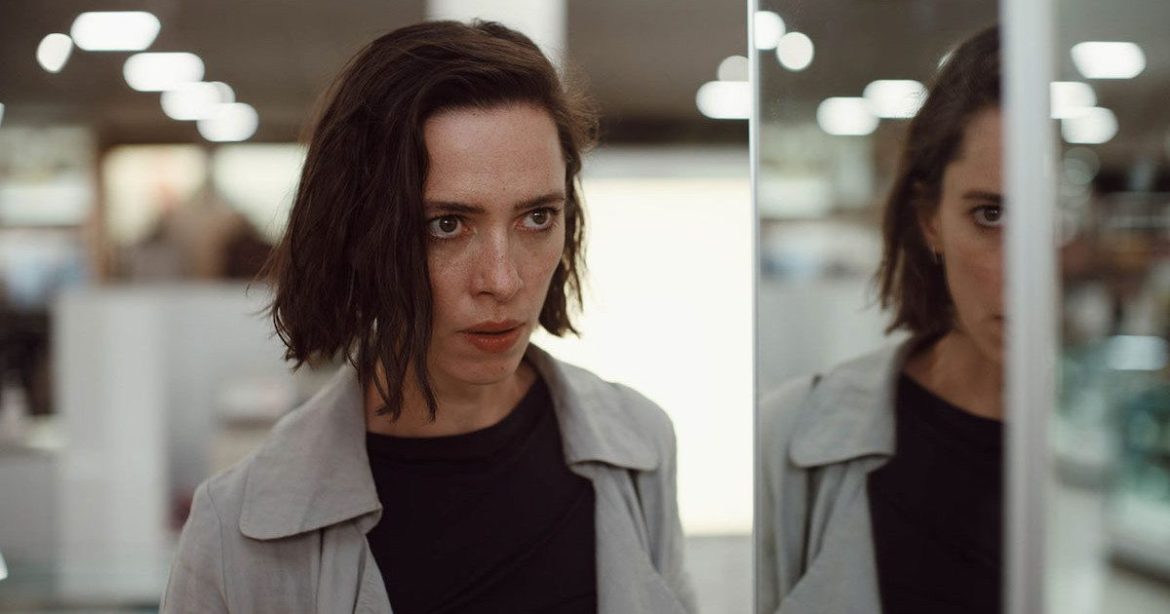 Rebecca Hall has been on a tear as of late, starring in one severely disturbing film after the next, while also taking time to direct a very impressive debut feature in Passing (which continues to rise in my estimation). She’s always been capital-G Great, but her recent works as a woman in peril (whether that be The Gift, Christine, or The Night House) have made her a personal favorite of mine. She manages to bring a significant amount of dignity to unhinged characters. The horror her characters face may border on absurdity, but their perils remain believable in her hands. All that is to say she’s the perfect lead for Andrew Semans’ Resurrection, a diabolically weird psychological freakout that blurs the line between guilty pleasure and deep analysis of mental illness.

Hall stars as Margaret, a highly successful executive and single mom living in upstate New York. Her daughter Abbie (Grace Kaufman) is about to ship off to college, which naturally has her a bit anxious, but she’s working to cope in a relatively healthy manner. That is, until Tim Roth enters the picture.

Roth plays David, and the very sight of him has Margaret freaking out. Upon seeing him at a conference, she immediately begins hyperventilating and sprints home, a scene that starts a chain reaction of growing cracks in Margaret’s seemingly put-together public persona. David and Margaret’s past is uhh…wild. Sharing the details here would rob Resurrection of its sheer what-the-fuckery, and the power of an iconic, minutes-long monologue from Rebecca Hall in which she unloads her trauma on an unsuspecting intern (Angela Wong Carbone) just looking to seal the deal on her letter of recommendation.

Likewise, explaining what happens in Resurrection without proper context is probably a fool’s errand. On the page, it would seem so deliriously twisted that it might come across as a complete farce. (To the film’s credit, before it descends into complete madness, it has plenty of knowing reactions from characters who are just as confused as we are by what’s happening.) Once Resurrection begins to reveal itself even more, though, it becomes fairly obvious this isn’t exactly what happened to Margaret; Semans’ script heightens her trauma beyond the point of reality so we can hope to understand just how manipulated and powerless she felt in this abusive relationship 22 years ago. Thanks to Rebecca Hall, you never question a single second.

The high-wire act of shifting tones makes for a truly unhinged experience, with the film’s campy elements informing the character’s psychological damage, rather than detracting from it. Roth is having the time of his life as ostensibly the devil incarnate. (His fiendish, shit-eating grin is iconic stuff.) He believes the apparent nonsense he’s spewing entirely. Even in the film’s more subdued moments (if you can even call them that), David’s mental hold on Margaret is always present, from her dominant position in her sexual relationship with an employee (Michael Esper) to being on top of every single detail of Abbie’s life. The need for control invades every interaction. No matter how crazy Resurrection gets — or how difficult it becomes to discern reality from delusion — there’s unquestionably an emotional truth to it all.

Thank you for reading! What are your thoughts on Resurrection? Comment down below!

‘Test Pattern’: The Aftermath of a Crime Is...

‘Fresh’ Is a Disgusting Meal That Makes You...