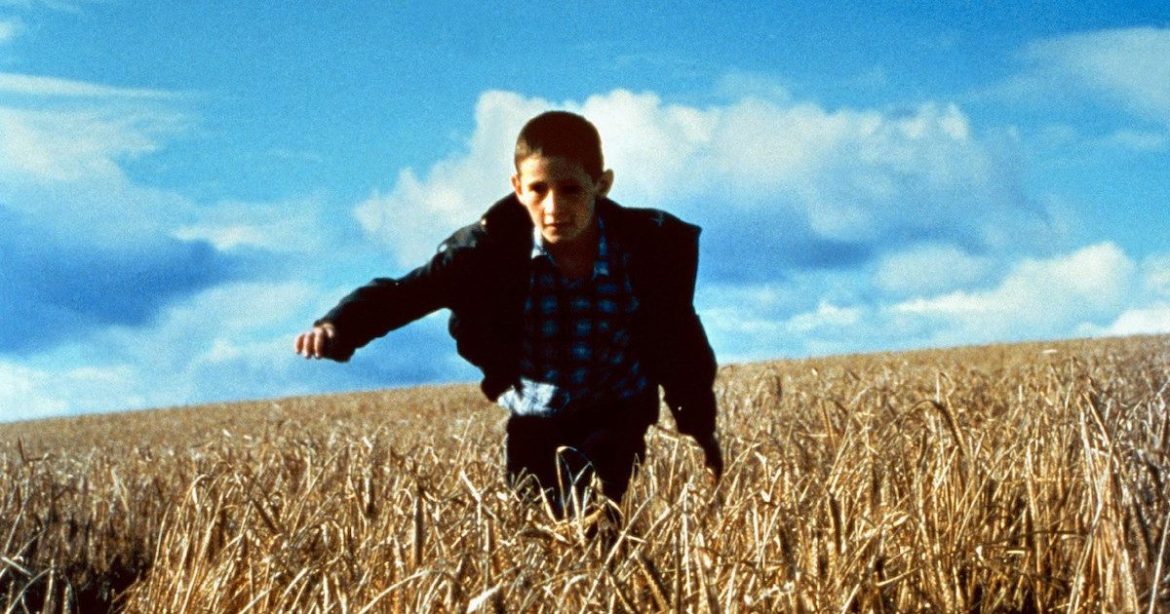 The notion that a first-time filmmaker could blend the rugged, depressive existence of scrappy children struggling to get by in one of Glasgow’s most oppressive neighborhoods with a bizarre dream sequence that includes a mouse tied to a balloon flying to the moon and becoming part of a mouse colony is just as staggering today as it was in 1999. Lynne Ramsay received her share of acclaim upon the release of Ratcatcher — the film screened as part of the Cannes Film Festival’s Un Certain Regard section — but the kind of high-wire act she manages to pull off for a superficially modest production is nothing short of astonishing.

As Ratcatcher enters the Criterion Collection this month — and it receives the additional praise and canonization it deserves — I think it’s worth diving back in and evaluating the debut of one of our best working filmmakers.

Even in its first sequence, Ratcatcher abruptly changes course. The film opens on Ryan (Thomas McTaggart) squirming as his mom tries to put on his boots; we almost always become attached to the first person a film chooses to show us, so it’s only natural to expect Ryan to become our main character. Ramsay plays into these conventions too by capturing this moment with painstaking detail. Except, as Ryan and his mom make their way outside to visit his father in prison, Ryan darts away and meets up with his friend James (William Eadie) by the canal. Some rough play ensues between the two, and Ryan drowns.

We then shift perspectives to James from there on out, as he attempts to reconcile his guilt and survive in this troubled neighborhood.

It’s an amazing opening, not just for the shock of seeing Ryan die, but because it hints at everything the film later explores in similar painstaking detail. The first image of Ryan twirling in a thin-laced curtain foreshadows his death — he looks like a ghost even before we get to hear him speak. And when he dies…does anyone really notice? His mom is upset, sure, but everyone else continues on without breaking stride. Either because they have no time as they hustle to find steady work, don’t care, or have become numb to the number of deaths. The repetitious imagery of trash and rats really makes it clear what this community thinks of its working-class citizens and their children. The world around them is entirely unfeeling.

Ratcatcher takes place during Glasgow’s weeks-long garbage strike in 1973. The trash backup was so bad, when the military was eventually dispatched to clean up the filth, they had to fight off armies of rats with shovels. As you might imagine, everyone in Ratcatcher is absolutely filthy. The film’s brown and gray color palette mirrors this nicely. When the military eventually comes to clean up the streets in the film, it’s perhaps the ultimate irony, as they’re most likely doing the jobs this community held before they all went on strike. The overarching problem is erased, rather than solved.

Whereas other seminal movies about lost innocence such as The 400 Blows offer a more universal perspective — seeing a young boy bounce from one bad situation to the next with no guardrails in sight — Ratcatcher could only ever be about this specific moment in time. (There are many parallels to Ramin Bahrani’s Chop Shop in that sense.) Yet both The 400 Blows and Ratcatcher accomplish the same thing: universality through specificity. Such a clear lack of social empathy has a ripple effect. As James’ parents look for work, he’s left to his own devices, intermingling with local gangs. Everything’s muddy.

Can We Ever Heal?

There are precious few moments where James gets to actually be a kid. One day, he takes a bus to the end of town and comes across a new housing project. The sky is bright blue, and the meadow that surrounds the construction is rich yellow. For once, he’s happy and playful. “Malick-esque” is most certainly an overused comparison bestowed upon films — second only to “Lynchian” — but this moment earns it.

His relationship with local girl Margaret Anne (Leanne Mullen) is often naive and cute, although his inability to act when the local gang abuses her is very telling about his mental makeup. Even when he seems to escape for a brief moment, his grief is still paralyzing.

Ramsay and cinematographer Alwin H. Küchler shoot Ratcatcher in a documentary-like fashion, aided by the cast full of nonprofessional actors’ naturalism. This is in stark contrast to the aforementioned dream sequence and other seemingly fantastical flourishes that pop up throughout, but in the context of Ramsay’s filmography, you’ll notice that Ramsay has always been interested in blending surreal elements with a harsh reality. In You Were Never Really Here, Joaquin Phoenix’s Joe’s traumatic past lingers on in his dreams, which bleed into the present; simultaneously, his rugged life only exacerbates those memories and dreams, which then makes things much worse when he’s awake. James has a similar feedback loop: incapable of reckoning with what he did, he retreats inward, only for his imagination to get the best of him.

James is mentally lost, which makes Ratcatcher’s ambiguous ending even more profound. His family is finally relocated to a new neighborhood — we see them carrying what few items they have through that same meadow James pranced through earlier. But just before, we see quick images of James drowning himself in the canal.

Is he dead or alive? Either way, the film doesn’t leave a lot of room for a happy ending. James might be alive, but he’s certainly not living.

Thank you for reading! What are your thoughts on Ratcatcher? Comment down below!