Kogonada's latest is a somber, intimate reflection on memory that rarely raises its voice above a whisper. 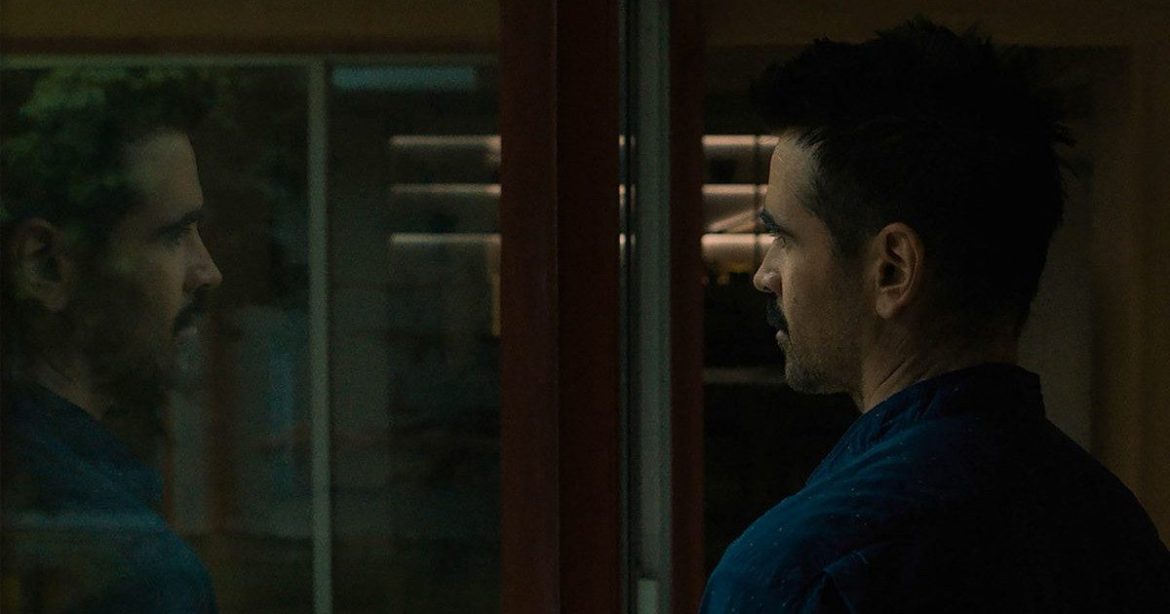 After Yang has one of my favorite recent open credits sequences: after a few muted back-and-forths, Jake (Colin Farrell), his wife Kyra (Jodie Turner-Smith), his daughter Mika (Malea Emma Tjandrawidjaja), and his android Yang (Justin H. Min) put on shiny jumpsuits and take part in a worldwide family dance competition from their living room. The background begins to alternate between different solid, bright colors as the family gyrates in semi-unison and the music pulsates. Then, the sequence begins to cut in other families competing (which also serves as our introduction to Sarita Choudhury, Clifton Collins Jr., and Haley Lu Richardson). The song abruptly stops when (probably) Jake gets out of sequence, but Yang doesn’t stop dancing. Something within him malfunctioned.

The rest of Kogonada’s sophomore feature is empathically not as energetic as this stretch: Farrell spends most of the film in a semi-comatose state as a conduit for the film’s cerebral themes, seemingly slightly depressed by the tangible sense of loss the robot creates within his family after he’s gone while also filled with a greater, almost impenetrable feeling of sadness for reasons he doesn’t seem to understand. At the risk of becoming cliché or obvious, the sequence is a nice inflection point between the before and the after: the abrupt change in liveliness signals a different chapter altogether, one that forces the characters (and the audience) to become far more introspective for the remainder of the film. A factory reset if you will.

In After Yang‘s world, humans own androids known as “technosapiens” who are vital parts of a family. Still, when they break down, you have to take them to a Genius Bar-like store to fix them. The fact that characters still view technosapiens as technology and not equals plays into Jake’s initial thought process — he’s not super upset that Yang broke down. He’d like to instead focus on his tea shop and the feeling of zen drinking the liquid provides. But he quickly becomes more worried for Mika, who is very close to freaking out about not having Yang around anymore. Yang played a crucial part in her development up until this point: as an adopted Chinese girl, Mika exclusively learned about her heritage from Yang.

So when the shop says they can’t fix Yang, Jake takes him to a black market repairman, who uncovers something very peculiar about the robot’s hard drive. Instead of leading to some greater corporate conspiracy, the discovery allows for Jake to explore Yang’s memory banks and learn about what he found memorable during his functioning life.

The world Kogonada creates in After Yang has great texture to it. Concrete is intertwined liberally with greenery, mirroring the all-too-real inextricable link between humanity and technology that the film explores in great detail. There’s no finger-wagging here — After Yang isn’t a “technology bad!” kind of movie. It is, however, a great setup for the characters to finally dissect something they haven’t given much time to: what importance does technology play in our lives? It makes for a clever inversion of the usual science fiction conceit. Instead of AI learning what it means to be human, these characters have to finally reckon with the importance this AI had on them while it was operational.

In that pursuit, After Yang becomes a beautiful meditation on loss and why we hold onto certain memories, however fleeting they may seem in the moment. It’s also a fantastic contemplation on identity, especially when lines between people and almost-people continue to blur. In a role best not spoiled, Haley Lu Richardson comes into the picture as Farrell’s Jake dives deeper into Yang’s synthetic subconscious. (Every time I see Richardson perform, I find myself thinking, is she one of the best young actresses we have?)

For as much plot detail as I’ve given here, After Yang is much more of an experiential film, one that continues to have a hold on you even if it initially feels a bit distant. The film is an open invitation to lose yourself in memory, and finally begin to make sense of what you didn’t consider before.

Thank you for reading! What are your thoughts on After Yang? Comment down below!

‘Ode to Desolation’ by Lindsey Hagen