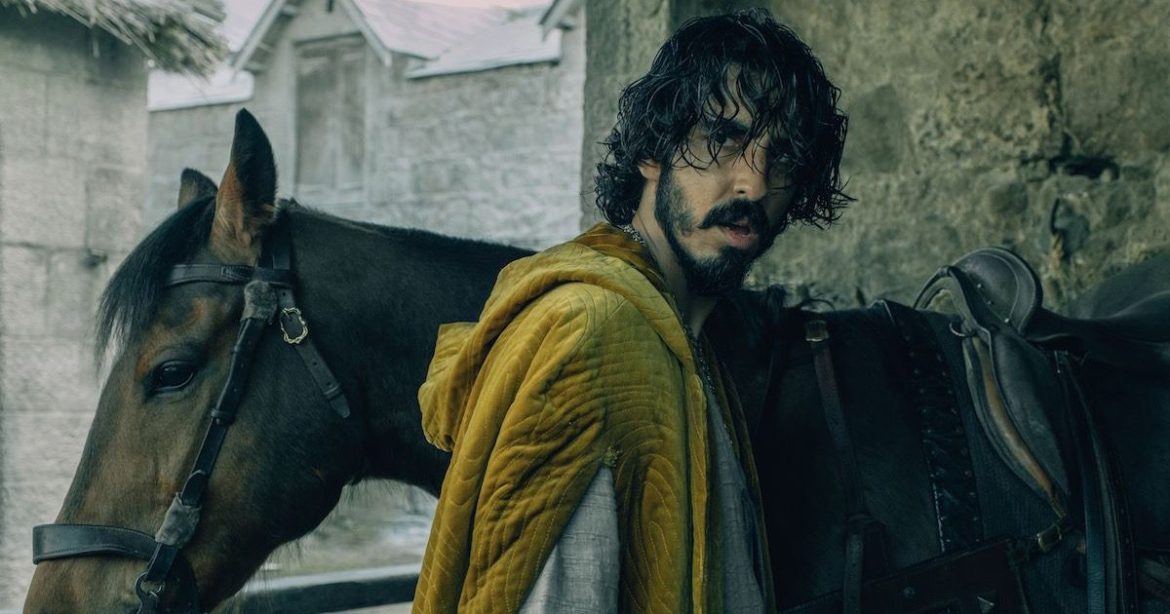 It is one of the most satisfying feelings when you are watching a film and it dawns on you that you’re watching something great. For a specific type of viewer, David Lowery’s latest film The Green Knight will provide that experience. Lowery has crafted a beautiful, enigmatic, challenging, profound, and haunting vision that brings to life a 14th-century poem and stars (an almost unreasonably hot) Dev Patel as Sir Gawain in a truly incredible lead performance. These ingredients add up to the best film so far in 2021.

The Green Knight follows Sir Gawain (Patel), the reckless and impulsive nephew of King Arthur (Sean Harris). On Christmas Day, the titular Green Knight (a scene-stealing Ralph Ineson and one of the coolest character designs I have seen in a very long time) enters the kingdom and offers a challenge to whoever will accept: land a blow against him and then travel to find him in one year for him to return the blow. Gawain accepts the challenge and chops off the Green Knight’s head, only to be dismayed when the mythical beast actually gets up. One year later, Gawain sets out on a quest to find the Green Knight.

The first thing to notice about this film is how visually breathtaking it is at virtually every single moment of its runtime. There are images in this film that are among the most beautiful I have seen put to screen all year; it’s spectacular in every sense of that word to experience this film in a theatrical setting. In addition to the stunning cinematography by Andrew Droz Palermo is some of the best costume and production design I have seen so far this year and frankly, I doubt I’ll see better examples of each in the coming months. All this is to say that The Green Knight is a technical marvel and it is such a treat to see craft on the level that this film displays in every single frame.

Lowery has also reteamed with Daniel Hart who provided the score for previous films of his such as A Ghost Story and Ain’t Them Bodies Saints. The score also adds significantly to the hypnotic feel and paired with the visuals, aids the vision wonderfully. It consistently provides an otherworldly mood that feels consistent and essential in reminding us that this is an adaptation of a myth from classical cultures. 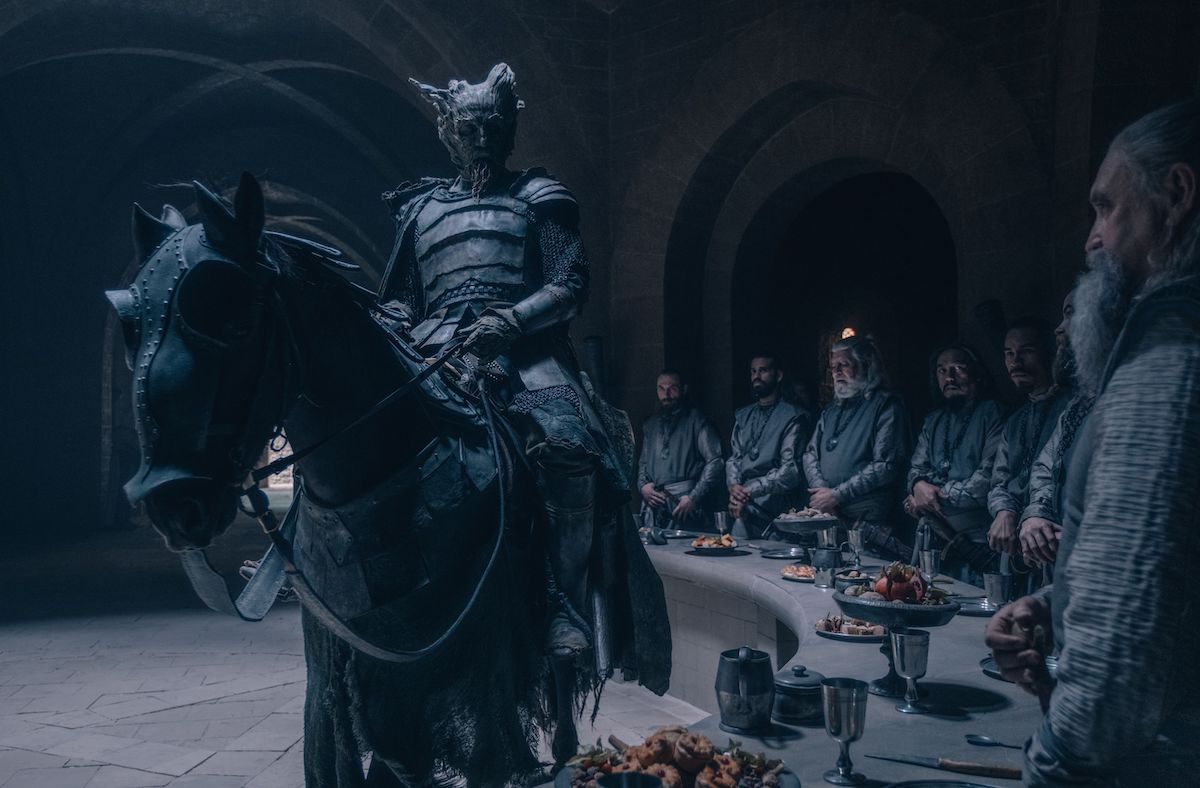 I also found the performances to be extraordinary. This is certainly the best I have ever seen Dev Patel (which is saying a lot because he is always great), who makes Gawain feel likable, flawed, sympathetic, heroic, and vulnerable sometimes within the same scene. Alicia Vikander also gives a very good performance (well, technically two very good performances). Both performances manage to feel completely different and interesting in their own way. I’ve already touched upon it, but Ralph Ineson is brilliant as The Green Knight. He is genuinely terrifying and commands the screen whenever he appears. Granted, he isn’t on screen for a significant amount of time, but his scenes are the ones I continue to replay in my mind.

However, what makes The Green Knight such a brilliant film is how consistently thought-provoking and challenging it is on a thematic and character level. How the film examines themes such as choice, fate, honor, death, and power seems to beg discussion in the same way that many great films of its kind do. This is a film that I know will haunt me for quite some time due to the elaborate questions it forces one to consider, and what they mean on an existential level.

Without spoiling anything, I have to praise the film’s brilliant ending. The final fifteen minutes amplifies every praise I have given this film; it truly punches you in the gut as it crescendos. It isn’t often that you feel completely rewarded for giving a film your undivided attention, but the more I consider The Green Knight‘s ending, the more impressive, challenging, and profound I find it to be.

Where A Ghost Story saw Lowery reckoning with the relentless nature of time and the individual’s finite existence within its massive scope, The Green Knight seems to be a cautionary tale about choice, consequences, and fate. Both films deal with concepts and ideas far greater than the humans at the center, and both are poignant and powerful in ways very few films are able to achieve.

Ultimately, The Green Knight further cements David Lowery as a truly versatile and exciting voice in filmmaking. Films like this do not come around often, and it is a truly powerful experience to be reminded what it is like to sit down in a theater and watch a film that blows you away on virtually every single level. In the words of fictional character Marvin Schwarz: what a picture.

Thank you for reading! What are your thoughts on The Green Knight? Comment down below!

I always enjoy your movie reviews @spennyhend. You are a great writer!👏🏻👏🏻👏🏻LHR