Can confirm, volcanoes are dope. 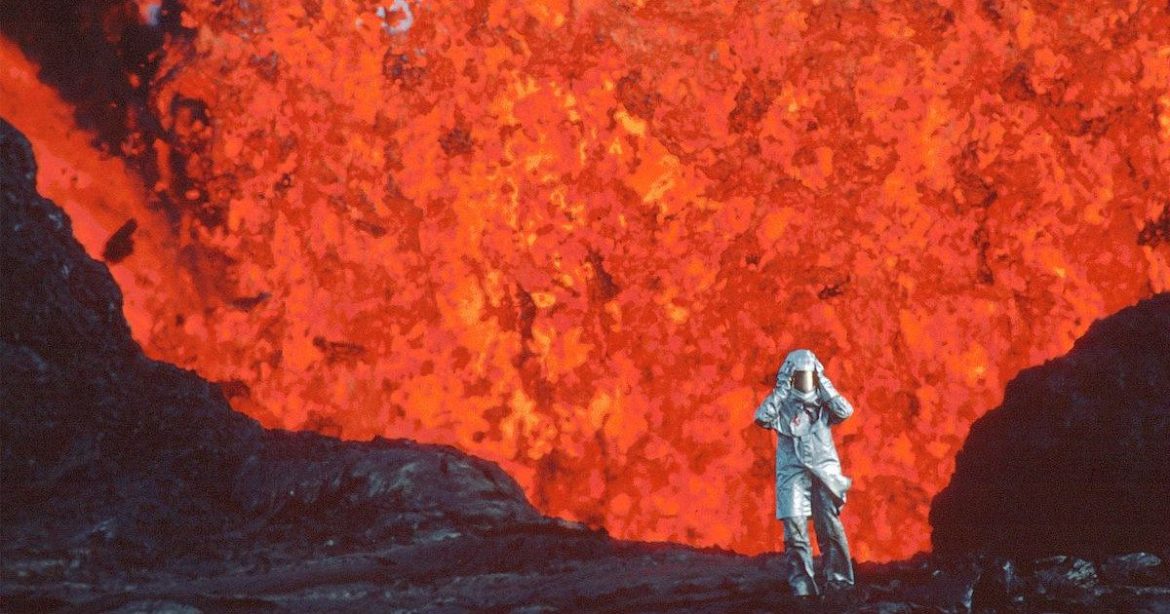 Sara Dosa’s Fire of Love is truly a sensory overload, and not just because of its staggering archival footage of gorgeous volcanoes. On top of that, it’s edited like a French New Wave film to the tune of a very fun, era-specific pop soundtrack. And, if that wasn’t already enough, it has poetic narration from Miranda July. Depending on the individual, that either sounds like the best nature documentary ever made or a film that might crumble under the weight of its own quirkiness at any second. During most sequences, it’s a little bit of both.

We have volcanologists Maurice and Katia Krafft to thank for the footage in Fire of Love. Both spent their entire lives studying these beautiful, dangerous behemoths and filming their every step. Their life story sounds like a Hollywood creation: they grew up on opposite sides of town, fell in love, saved enough money to visit active volcanoes on their honeymoon, and subsequently made volcanoes their lifelong passion. Even in death, their story sounds like something a Hollywood exec would tell a screenwriter to alter because it wasn’t believable: they bit the dust standing next to each other amid an eruption at Mount Unzen in Japan in 1991. They were truly a one-of-a-kind couple.

More generally, Fire of Love is a one-of-a-kind documentary. The 16mm film is breathtaking and tactile; the bright reds and oranges of the magma pop in a way that modern digital photography just can’t replicate. When you take a step back and realize Maurice and Katia were putting their lives at risk to get each shot (despite being insanely calm), every sequence becomes that much more astonishing.

The couple seemingly makes for a fascinating duo to helm such a documentary. (Maurice’s dream was to ride down a red volcano in a properly insulated canoe — I fuck with the vision.) Although, they aren’t really Fire of Love‘s main interest; any exploration of their relationship quickly turns into a love triangle between them and whatever volcano they were studying at that very moment. They seemed conscious of their public images, wise enough to give you enough personality for a fun TV appearance but not enough to understand their psyches.

Their guarded natures can cause the film’s investigations of their relationship to come across as slightly inert. Where Dosa and her team find the most emotional resonance is when they use the Kraffts to dig at the complicated existences of volcanoes, which are inherently essential to life on this big rock of ours but also capable of wiping it out in an instant.

Miranda July’s voiceover might be the key indicator for one’s overall enjoyment. Personally, it’s uneven. It finds moments of lyrical clarity that genuinely work, but other times, you can feel it straining to wrap everything up in the most twee bow you’ve ever seen. For that reason, Fire of Love may not fully transcend above a fascinating editing exercise, but hey, those volcanoes sure are pretty!

Thank you for reading! What are your thoughts on Fire of Love? Comment down below!