Cooper Raiff adds to the long line of movies about white dudes struggling to figure out what to do with their lives with decent results. 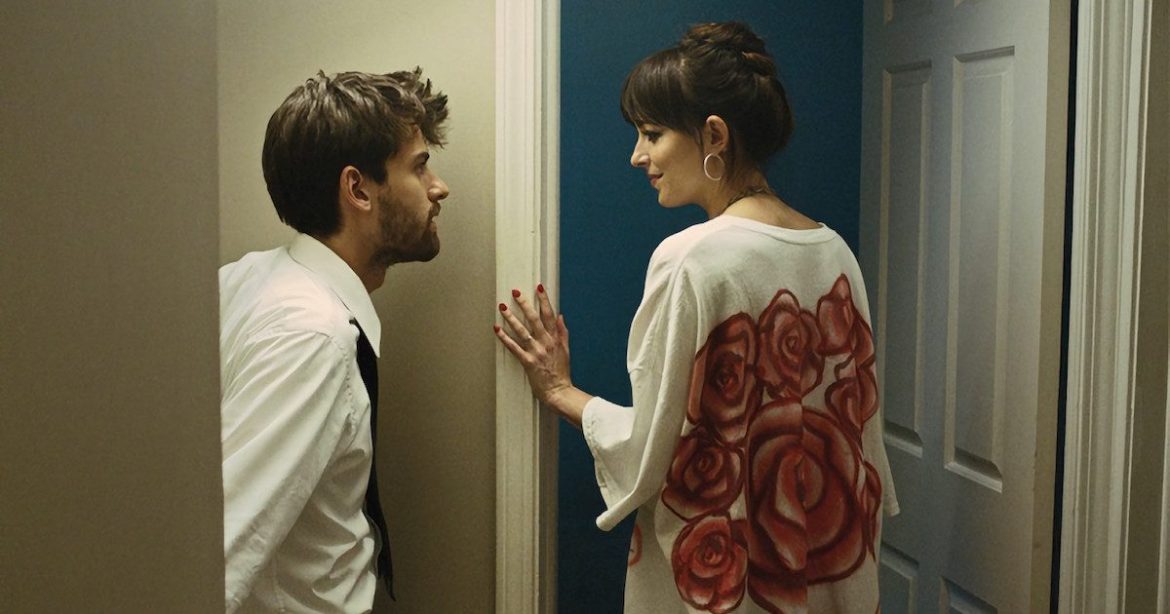 If you’ve watched an indie film or two in your day, odds are you’ve stumbled upon a movie about a white guy who just can’t figure things out. They have no idea what to do with their lives, either romantically, professionally, or maybe both. In many cases, said white guy is probably the director too. Or the screenwriter. Or, again, maybe both.

To ditch the smarminess for a bit, that’s not meant to imply these movies aren’t sometimes great. The Graduate, arguably one of the most influential movies ever conceived and undoubtedly the point of inspiration for a lot of these movies, is still surprisingly complex to this day. But, if you peruse through Vudu, you’re bound to find a glut of festival movies about a bland guy working through some issues with the help of some precious side characters. (That, and a lot of terrible Bruce Willis movies.)

Cooper Raiff’s Cha Cha Real Smooth almost bends over backward to avoid the tropes of this Sundance-friendly conceit. He stars (on top of writing, directing, and producing) as Andrew. His college sweetheart is most likely cheating on him while studying abroad, and he’s working at a fast-food joint called Meat Sticks. So yeah, things aren’t great for him at the moment. But he has an undeniably infectious personality, one that quickly scores him a side hustle as a “party starter” after taking his brother David (Evan Assante) to a bat mitzvah. It’s there he meets Domino (Dakota Johnson) and her autistic daughter Lola (Vanessa Burghardt), and a relationship full of will-they-won’t-they tension strikes between Andrew and Domino, which only grows more complicated as Domino’s fiancé Joseph (Raúl Castillo) enters the picture.

Andrew starts babysitting Lola, and his sexual attraction for Domino only grows. Much of Cha Cha Real Smooth ultimately hinges on what these two want. Does Domino want to leave Joseph for this manchild? Is Andrew willing to risk it all to make that happen? Watching these two waffle back and forth makes for the most compelling piece of the film. (At this point, I’m convinced Dakota Johnson could have chemistry with a wall.) Possibly the most impressive thing Cha Cha Real Smooth does is make a beautiful divorceé named Domino feel like a real person, if only for short while.

As Andrew looks to start other people’s parties and does everything in his power to avoid starting his own, many scenes do have a surprising amount of emotional heft. His touching relationship with Lola is a prime example of how this movie avoids the cringe of other similar movies. (Vanessa Burghardt being an autistic actress absolutely helps the film’s realism, an example of casting that other films should work to mirror. This is absolutely not a Music situation.)

And yet, I can’t escape how obviously this movie is designed to elicit viewer sympathy. Every side character has their “thing.” Domino had a previous marriage blow up in her face; Lola gets bullied for her neurodivergence; Evan desperately wants to make a move on the girl he likes; his mom (the great Leslie Mann) is a bipolar divorcée. Cha Cha Real Smooth almost willingly writes itself into a corner with these characterizations. It’s like it sees these characters as a challenge, archetypes it can flesh out where so many other movies couldn’t.

Raiff bends over backward to humanize these people. Sometimes, it works really well — he’s too charming for it not to work some of the time. Other times, they come across as obvious props guiding this hapless charmer to the point of enlightenment. Raiff is pretty damn skilled at sending a rush of dopamine through your body. In some of the film’s more exhilarating moments, you’ll practically be eating out of its hand. I have to admit, this film had me doing just that a few times.

As the initial high wore off, however, the more I became suspicious of Cha Cha Real Smooth. The sentimentality feels more self-conscious, and the seemingly honest attempts at portraying people and all their struggles are noticeably more hollow. Although I’d still give a tepid recommendation to Cha Cha Real Smooth, I’m curious if, as I get even further away from my initial viewing, its flaws will grow. For now, Cooper Raiff is damn charming enough to make it work, warts and all.

Thank you for reading! What are your thoughts on Cha Cha Real Smooth? Comment down below!