Will Smith vanishes in the role of Richard Williams in this sports drama that is sure to please audiences. 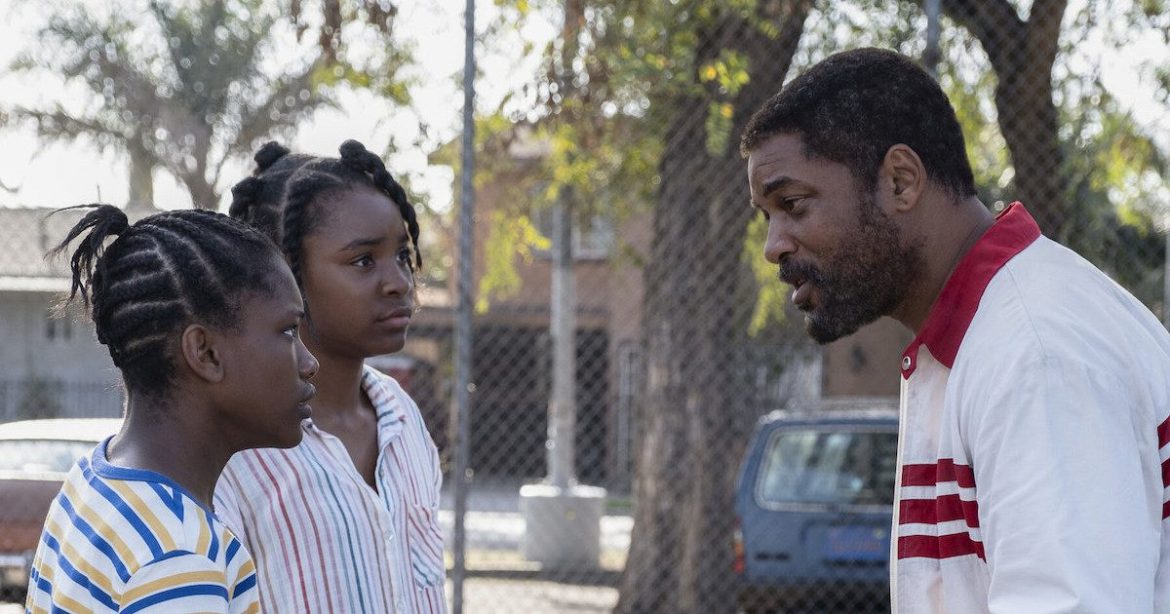 Sports dramas have been a staple of cinema for many years. Whether they be fictional or biographical, audiences love seeing stories of the trials and tribulations of sports. It could be an off-field drama in a film such as Moneyball or on it in something like Remember the Titans. Regardless, people love to see others succeed in the sports they love; or sometimes the sports they don’t. So, as the Oscar season comes around, along comes another sports drama. This time, a biopic following Venus and Serena Williams as they rise to fame with the help of their coach, and father, Richard Williams.

Directed by Reinaldo Marcus Green and written by Zach Baylin, King Richard is about as safe as it gets. It ticks off every box and follows every story beat we’ve come accustomed to in biopics. It’s heartfelt, straightforward, and predictable, even without knowing the true story. However, the film succeeds in doing all of these things with care and precision, which makes for yet another great sports drama.

The real highlight of King Richard is Will Smith. Giving his best performance since Seven Pounds, Smith vanishes in the role of the Williams father. He portrays Richard as a tough, yet loving, father, who wants nothing but his family to be safe and to succeed in doing the things they love. Having set up a “life plan” for Venus and Serena before they were even born, Richard mapped out their entire lives from childhood to stardom. As extreme as this behavior can be interpreted, Baylin’s screenplay shows that Richard always acts out of love. The screenplay shows that Richard was tough on his family, but it was to capture their success.

The performances from Saniyya Sidney (Venus) and Demi Singleton (Serena) really help translate this relationship to the screen. Both give terrific performances that allow the audience to understand their love of the game and for their father. While at times the plan was tough to follow, they were able to get through it and continue. Green’s direction also helps in showing and exploring the family’s relationship. With great pacing throughout, Green is able to show the ups and downs of the Williams’ journey without feeling too bleak when things get rough, or too glossy when things go well. The rest of the cast give good performances too, namely Jon Bernthal who plays Venus and Serena’s coach, Rick Macci. Aunjaune Ellis is also great here as their mother, Brandy Williams, bringing a good balance to Richard’s extremes.

Where the film does fall short though is in its predictability. As mentioned, King Richard will feel extremely familiar to most audiences. Those who know and love sports dramas will be able to snuff out every beat that the film is going to touch on. While it isn’t necessarily to the film’s detriment overall, this does take away any real surprising insights that the film could have offered. However, the story is still extremely engaging and the sports sequences will be inspiring to most. Green’s direction is simple, yet effective and Smith’s performance is a step up from recent years. Regardless of playing it safe, King Richard ends up being another entertaining sports drama that will turn even the least interested audiences into tennis fans; even if it’s only for a couple of hours.

Thank you for reading! What are your thoughts on King Richard? Comment down below!

‘Bad Boys for Life’ is the Rare Delayed...