'Juice' encapsulates what 90s hip-hop culture was all about. 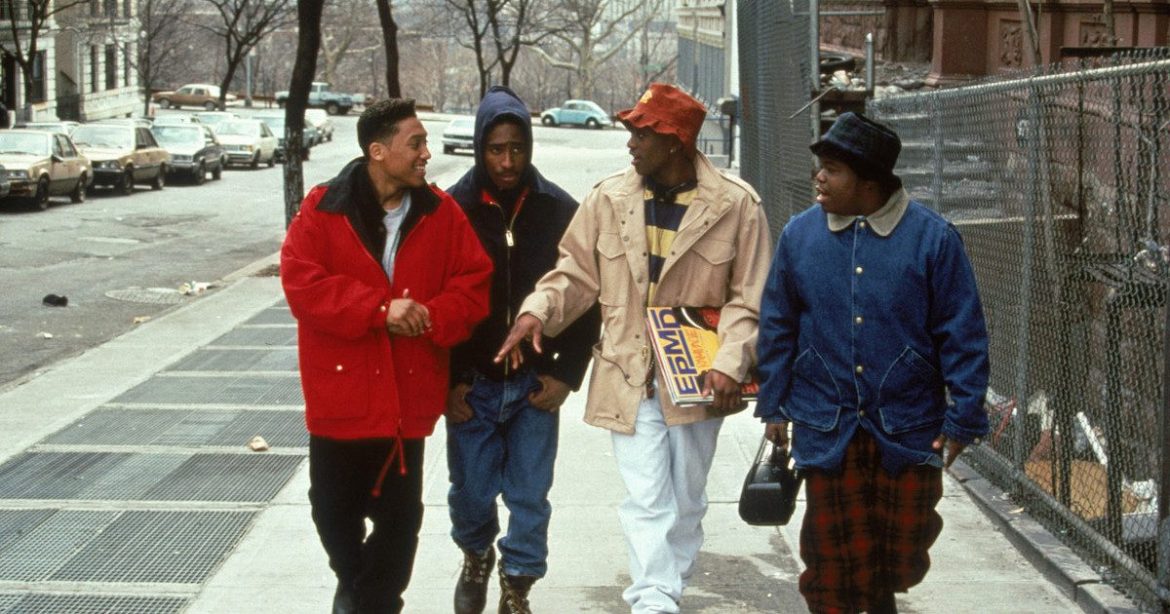 It’s hard to imagine a movie that has more 90s hip-hop nostalgia than Juice. It was the golden age for movies like it, with Boyz n the Hood in 1991 and Menace II Society in 1993. But, there’s no movie like Juice.

For starters, Juice stars the greatest rapper of all time, Tupac Shakur. In Juice, Tupac plays Bishop, a manipulative sociopath with an itchy trigger finger. Not only that, but the film has a killer soundtrack — one that I purchased immediately after watching the film for the first time.

Juice is truly one of the best movies to come from the dramatic hip-hop genre of 90s film.

Juice is nearly essential for Tupac fans to watch to truly grasp the range of character he has. Despite songs like “Changes” and “Keep Ya Head Up,” Tupac certainly was not someone to mess around with. He shows that in Juice; it’s obvious how well Tupac embodies Bishop.

Ironically, no songs on the Juice soundtrack are by the famed rapper. True, it may have been odd to have Bishop rapping to us while also on screen, but it’s the one thing that would have made Juice unforgettable. Tupac’s music is exactly what this movie needed. There is nothing that encapsulates 90s hip-hop more than Tupac’s rhymes.

Still, even with Tupac just acting rather than rapping, Juice is beautiful. It mixes the realism of a teenager growing up in a rough area with youthful innocence. He was just a kid at that point, barely over 19. In a way, he was just playing who he was, in a dramatized manner.

The 90s was the golden age for hip-hop, next to the 2000s. It’s when legends like The Notorious B.I.G., Rakim, Wu-Tang Clan, and, of course, Tupac ruled the airwaves. They were the soundtrack for every neighborhood in America. Juice latches onto that and infuses itself with plenty of great tracks.

The film begins with the classic b-boy track “Know the Ledge” by Eric B. and Rakim. From there, we go into hip-hop beats from Big Daddy Kane, EPMD, and Naughty By Nature. There are also smooth R&B hits to contrast the darker moods, featuring artists like Teddy Riley, Aaron Hall, and Rahiem.

It’s the perfect mix for a hip-hop classic like Juice. It emphasizes the muddier aspect of hip-hop with gangster rap and hard-hitting sounds while also embracing the softer side with love ballads and seductive lyrics. The soundtrack accurately mirrors the moods of our cast of young boys making their way through a traumatic experience.

Juice doesn’t shy away from showing you the mischievous side of teenage boys. The main group of friends, Bishop, Q (Omar Epps), Raheem (Khalil Kain), and Steel (Jermaine Hopkins), spend most of their days outside the local high school. They can be found at shady arcades and record stores, swindling people out of money and records.

Teenage boys can often be unstoppable delinquents. Skipping school, stealing, and generally making a nuisance of themselves are some of the top three activities for these rebellious adolescents. Our main cast of boys is no different in Juice. They skip school, lie to their parents, and stay out until the late hours of the night.

Adding in this element of juvenile delinquency makes the film all the more authentic. I would expect nothing less from a group of boys during the prime ages of adolescence when all they care about are girls and music. Though Q has lofty goals of being a DJ, Raheem is already a father, and Bishop is dealing with a mentally-ill father, they are all boys at heart.

Harlem is one of the best spots in the world for hip-hop. It’s where rap legend Tupac was born, and is also Puff Daddy, Teddy Riley, Kool Moe Dee, and Big L’s stomping grounds.

I love how the intimacy and size of Harlem are emphasized in Juice. Q and the boys know practically everyone they meet in the streets. Everyone knows everyone and keeping a secret is nearly impossible. This makes the boys’ secret so much more precarious.

One of the unfortunate yet glamorized aspects of hip-hop is premature death. Lots of rappers, especially in the 90s, lost their lives, with two of the most famous examples of this being Tupac and The Notorious B.I.G.

While Raheem didn’t die in a drive-by shooting, his death is still a part of growing up in a rough neighborhood. Gun violence is a major problem in the hip-hop community and Raheem’s death is an illustration of that. His death is a reflection of how hard it is to grow up in this world.

Thank you for reading! What are your thoughts on Juice? Comment down below!

Juice is one of my all time favorite hip-hop movies. Love me some Tupac he was an amazing artist all the way around from his inspiring lyrics to the set.💖 I still watch it today and no matter how many times I watch it I can always watch & adore it the same. 💖🌹🙏Thanks for sharing!

‘Training Day’: The Making of a ‘Good’ Villain