An Injustice in Storytelling: ‘Just Mercy’ Drowns Its Urgent Message in Superficiality 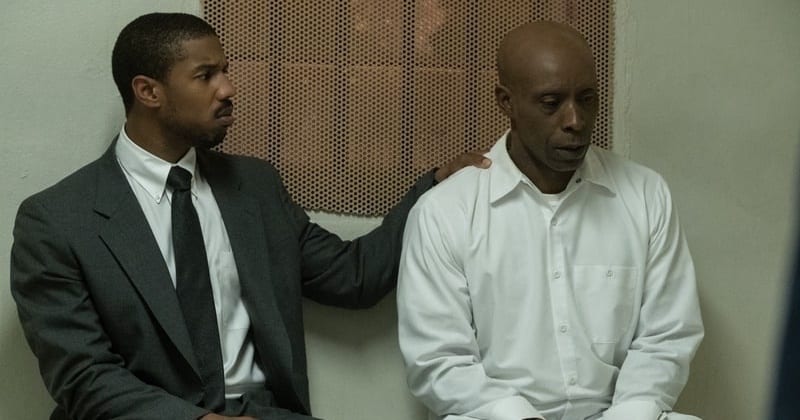 The last bit of text before the credits come over the screen in Just Mercy reads “For every 9 people who have been executed in the U.S., one person on death row has been proven innocent and released, a shocking rate of error.” Clearly, an important note to make about the painfully obvious cracks in our legal system that dehumanizes so many, but it’s also a perfect representation of how Just Mercy operates overall.

The last phrase, “a shocking rate of error”, is superfluous; without the phrase, the text loses no meaning. The phrase is only there to add an extra bit of emphasis, except the text that comes before it speaks loudly enough. Its addition only explains to the viewer what they should be thinking upon seeing that statistic when they would have had no problem getting there organically. It scratches at the ultimate issue with Just Mercy: it never has faith in its audience to pull meaning from what is a clearly defined story of pervasive injustice.

The film details one of renowned lawyer Bryan Stevenson’s first cases. Shortly after graduating from Harvard, Stevenson (played by Michael B. Jordan) heads down Monroe County, Alabama to set up the Equal Justice Initiative, a non-profit that has gone on to save 125 people on death row that were wrongfully convicted, with eager townsperson Eva (Brie Larson). Stevenson quickly starts working with Walt McMillian (Jamie Foxx), who was accused of killing an 18-year-old white girl and sent to death row. Almost immediately, it’s obvious to Stevenson that there was hardly a case against McMillian, and the defense’s entire argument was predicated on the word of criminal Ralph Myers (Tim Blake Nelson), who exchanged information for a lessened sentence.

The setup is harrowing, but the implementation is consistently frustrating. Aside from a few brief moments of fleeting clarity, the film takes the most obvious routes imaginable in hopes of making its story as accessible as possible. Similar to 2018’s On the Basis of Sex, Just Mercy is the kind of courtroom drama that exploits the capability of its lawyer characters to have the floor and deliver unimpeded monologues by speechifying the very idea of morality and goodness to the audience. Ultimately, it carries as much weight as an actor breaking the fourth and saying “hey, this is bad and we need to change this.” (The actors essentially do that as is.) The dialogue often repeats as the film falls back on trite sayings that are all a variation of “we must seek justice” — I’d like to go through this movie and count how many times Michael B. Jordan says “justice” with his trademark boiling intensity.

It’s even more frustrating considering the film had all the makings of a thoughtful mid-budget drama filled with stars and other celebrated actors, the kind of movie that seemed to have died off in the last decade. Michael B. Jordan, who continues to try his heart out in every single one of his roles and I love him for it, is doing his best to make up for fairly standard material. We learn about his motives as he has the obligatory sit-on-the-front-porch chat with his mother; he explains a few times that he could have easily taken the place of the few of the inmates on death row based on his upbringing, which is what spurred him on to eventually fight for others. But we rarely understand his actual psychology, aside from a few maudlin, single-tear moments. He’s a flawless, nonspecific character that is rarely interesting. The same can be said for Jamie Foxx, who conducts himself admirably even though all of his monologues are filtered through a “this is my Oscar moment” lens. Along with a strangely comfortable tone that makes sure to smooth all its edges, Just Mercy fails to capture the gravity of this story. 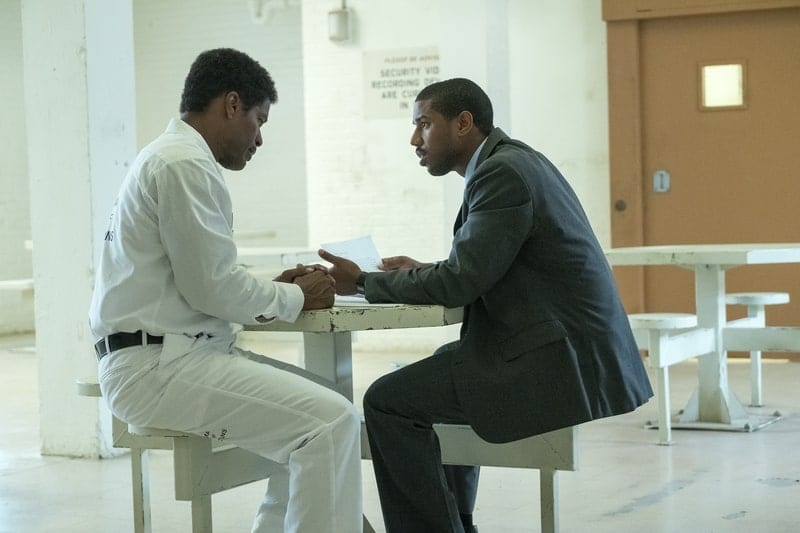 It’s fascinating to compare Just Mercy to Clemency, another movie about the death penalty that also released in limited theaters at the end of 2019. Clemency is the latest movie to release before New Year’s but after Christmas that will sadly not factor into awards season, following in the footsteps of 2018’s Destroyer, 2017’s Film Stars Don’t Die in Liverpool, and 2016’s Paterson. Clemency will almost definitely have less success in theaters than Just Mercy, but where Just Mercy fails conceptually, Clemency succeeds.

Clemency centers around Alfre Woodard as a warden carrying out death row executions, who, after years of witnessing such atrocities, is beginning to break down. Her mental state is declining, and her marriage is also crumbling as she struggles to find the warmth necessary. The film is stark, shot in a cold, stripped-down manner that drives at how the death penalty hardens the soul and ruins so many lives beyond the individual that is meeting their end. Clemency‘s prologue is among the most harrowing scenes of 2019. Whereas Just Mercy is mostly safe, afraid to offend or have strong, nuanced conversations about its topic.

Just Mercy has some very stimulating ideas, which makes its gentle touch that much more exasperating. It spells out the ripple effects through the years that began with slavery, and how the death penalty is a product of such extreme prejudice. There’s also ample time devoted to underlining how law enforcement bodies take advantage of the extreme costs to fight prejudice as well as the lack of infrastructure for pro bono legal services. And after a while, keeping the sentence is a point of pride for law enforcement and a means to preserve the false feeling of closure in the community that comes after a conviction. It all sounds powerful in theory, but Just Mercy lacks Clemency‘s attention to detail, opting for broad characterizations and frustrating predictability.

Rob Morgan comes away as the big winner here, as he’s one of the few to inject a sense of specificity into this script as Herb, a Vietnam War veteran on death row who clearly should have received better medical treatment. He’s a gentle soul who clearly suffers from PTSD, whose speech impediment suggests that every moment is uncomfortable and filled with grief. His side plot is where Just Mercy‘s earnest tendencies thrive, as their gentle natures complement each other nicely. Morgan’s polar opposite is Tim Blake Nelson, whose affectations are forced and out of an entirely different movie. Even Brie Larson, one of the most famous actresses in Hollywood on the heels of Captain Marvel, is relegated to a thankless supporting role as a supporting member of the Equal Justice Initiative.

Still, it’s difficult to totally object to Just Mercy. It has the best of intentions and covers an undeniably vital topic about a real hero; even though its squeaky clean exterior has faint similarities to that of Green Book, it avoids the fraught oversimplifications in storytelling that plagued last year’s Best Picture winner. Simply, it’s a movie whose script reads onscreen like it had annotations such as “Oscar video clip moment here” in its margins. The outcome is a passive viewing experience as there are not the necessary thematic layers to dissect. Such a format has proven to work for big crowds on an opening weekend; though personally, that’s not how I like to engage with films.

Thank you for reading! What are your thoughts on Just Mercy? Comment down below!

[…] final stand against the evildoer, with its life-affirming speech, also makes this clear. The message is laid on so thick, and the film rides these themes with such gentleness, that there’s not much, if anything to […]

[…] Jamie Foxx leads as Joe Gardner, an almost-was jazz musician for the ages. He plays alongside Tina Fey‘s character, the soul of an unborn human, called 22. After Joe dies an untimely death the same day he was offered (what he believes is) his big break, he and 22 team up to find a way to help 22 stay in the Great Before and return Joe to Earth. […]

[…] whether it be the shot when McQueen slowly zooms in on Parkes’s face during the verdict, the powerful monologues Kirby gives throughout the courtroom scenes, or even just the way Lowden stands up for the […]

[…] yes, there have been many impactful films about slavery in recent years, but none are quite like Antebellum. The film holds a mirror up to modern society […]