‘Training Day’: The Making of a ‘Good’ Villain

How to make your audience actually root for the villain of your story. 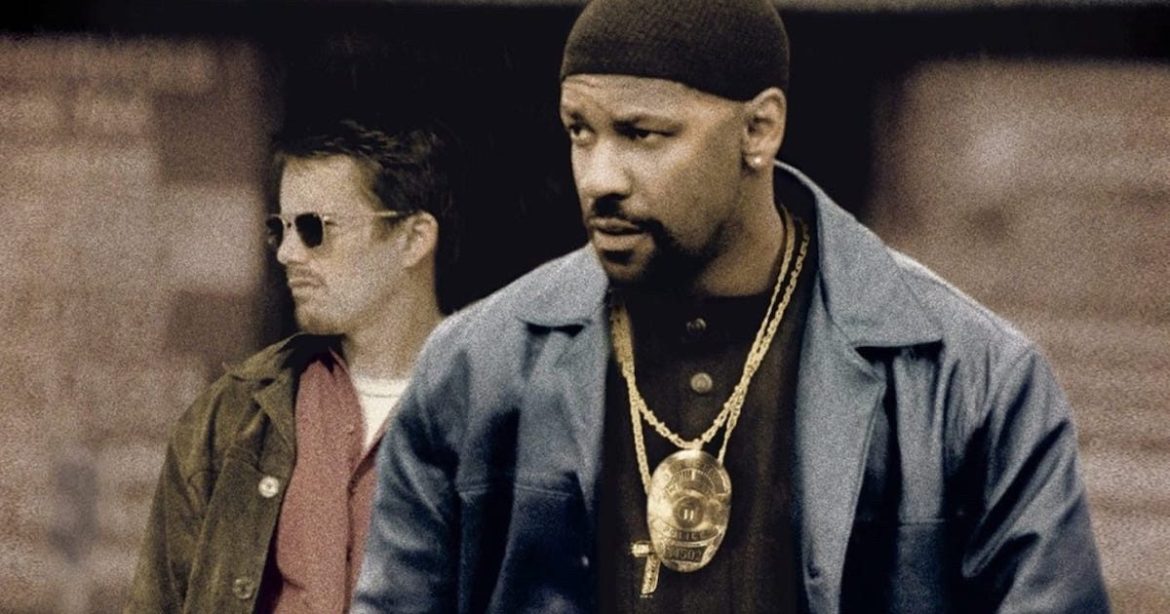 I’d never seen Training Day before this past week and so I had the idea in my head that Denzel Washington’s character, Alonzo, was the hero of our story. He was rough around the edges and a little bit crazy, but he would be the one to show Jake (Ethan Hawke) the ropes. Looking back, I’m not quite sure why I thought this, especially after Alonzo practically drugs Jake, but there was something magnetic about Washington’s character.

The casting department knew exactly what they were doing when they cast Washington in the role of the film’s villain. No matter what, his charismatic personality attracts people to him; they can’t help but root for him, no matter what role he’s in. He’s just got that disarming smile.

That’s the key to a good villain: charisma. It doesn’t matter if they’re likable or not, all that matters is that they pull in people. Good or bad, that’s what will attract people to them.

The fun thing about having a charismatic villain is that your audience doesn’t quite know who to root for. Are we behind Jake, the rookie cop with a heart of gold? Or will we cheer for Alonzo, the hardened veteran who doesn’t care about the rules? I know there was a moment of upheaval in my head when I realized that I had been cheering for the wrong person.

A filmmaker’s greatest asset in this case is the idea of an antihero. Like The Punisher or Walter White, these are people that do bad things for seemingly good reasons. That’s how Alonzo’s character begins — he does seem like he wants to keep the streets safe and as free of drugs as possible. Sure, his methods are overly aggressive and often illegal, but he gets the job done, right?

Even after pointing a gun at Jake’s head, we still are behind this guy because he just wants what’s best for Jake, or at least it seems like he does. Alonzo takes the time to involve Jake in high-level operations and trusts him with hefty tasks. Even when Jake rightfully turns down some of his more gritty requests, Alonzo holds a level of respect for Jake that makes us think that Alonzo could still be redeemable.

Denzel Washington is a Cool Dude

In most of Denzel Washington’s more popular films, he plays the hero (or at least an antihero). Remember the Titans, Malcolm X, Glory, and The Equalizer are all great examples of some of his more notable roles. We don’t always agree with his actions, but we know they’re all for a good reason.

Putting him as the rotten cop in Training Day is genius casting. It’s like when Robin Williams was cast as the villain in Insomnia. Despite all the evidence to the contrary, we want Alonzo to be good because we knew Coach Boone, Robert McCall, or Trip was good. Even when Alonzo betrays and murders his best friend, there’s still a small part in the audience hoping that he can still be redeemed.

Any time a movie can subvert your expectations like that, it pulls the audience in, whether they’re ready for it or not.

Part of what draws us to Alonzo is his striking contrast to Jake. Jake is a family man with a wife and a little girl. He only joins the narcotics team because it’s a step to making detective, which would mean more money for his family. He’s pretty innocent as cops go and he’s hesitant to engage in Alonzo’s less-than-honorable tactics.

Alonzo, on the other hand, is there for the thrill of it. He loves beating on felons and intimidating the neighborhoods he frequents. Torturing the rookies is just a fringe benefit of the job. He lives for the dirtier aspects of the job.

When faced with each other, the audience is almost forced to choose which one they like more. Do we want to play it safe with goody-two-shoes Jake, or do we take the cutting-edge Alonzo as our hero? It’s hard not to be attracted to Alonzo’s character. He’s cool, skilled, and can talk his way through anything. Why wouldn’t we want him to be the hero, especially when compared to the bland Jake? Yet, this is a choice the audience will later regret, after we see Alonzo for who he really is. Still, we should have seen this coming, right?

One of Alonzo’s biggest strengths as a villain is that he hides in plain sight. In fact, he’s not even hiding. From the beginning, we see his evil side. One of the first questions he asks Jake is if he ever had sex with his former female trainer, a thought that had never crossed Jake’s mind and one he would have rather not thought of. This is played off as just part of Alonzo’s rough personality, which we accept.

But, it’s from that moment that we should have been clued in to what Alonzo was. Yet, Denzel Washington refuses to let us hate him — he’s just so darn interesting. We want to know more about him, even if it reveals more of his darker secrets and tendencies. We already know everything we need to know about Jake, but Alonzo is a delectable mystery to us.

And that’s what sets him apart from the rest of the cast of unsavory characters in this film — including cameos by Snoop Dogg and Dr. Dre. He’s not one-dimensional and there’s more to him than just labeling him “good” or “bad.” He’s a morally gray character that gets his comeuppance, whether we want him to or not.

Thank you for reading! What are your thoughts on Training Day? Comment down below!