Monia Chokri's sophomore feature is an idiosyncratic satire that swings boldly at misogyny to mixed effect. 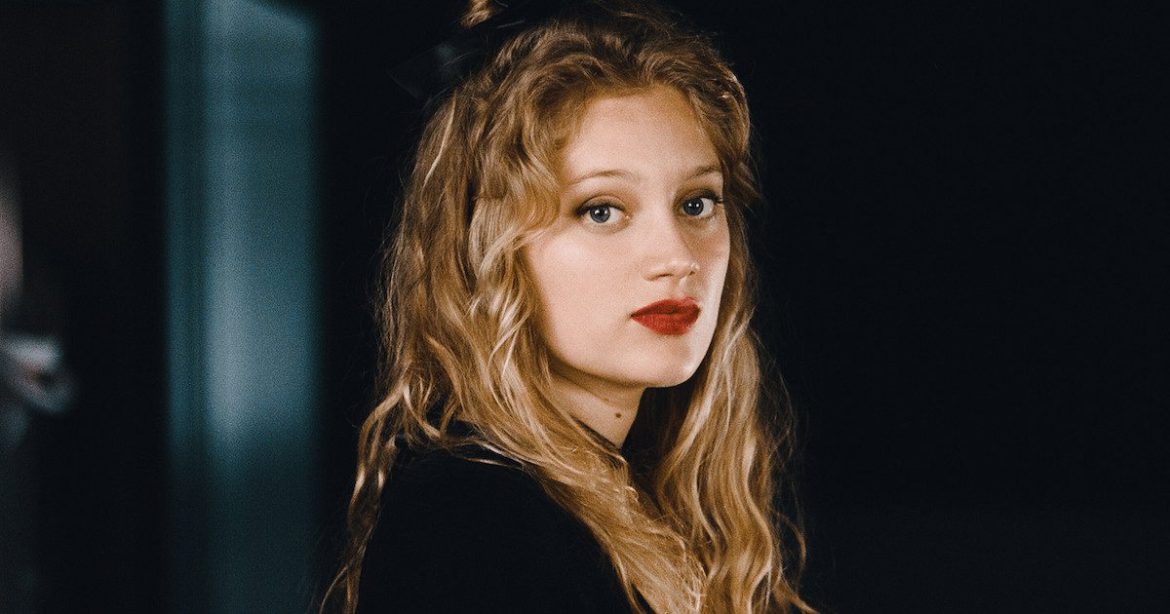 There’s a certain type of fascination in watching a film where you can immediately tell that other people’s enjoyment of it will be almost entirely predicated on how much they’re able to live with its stylistic decisions. With that said, Monia Chokri’s satirical sophomore feature, Babysitter — adapted from a play by Catherine Léger — is an over-the-top series of jabs at misogyny and performative feminist allyship of insane proportions — a film drenched in pastel-saturated colors, laden with hyperactive bouts of editing and absurdist dialogue, and laced with characters whose most grating qualities and most intriguing quirks are played all the way up for comedic effect. Let this serve as both a warning and a point of interest to any and all readers — if you know this type of over-aestheticizing is not your thing, turn away now. If there is even a part of you that feels like it may work for you, continue onward; films of this type of overblown, unmitigated energy so frenetic are most often notorious for flinging audiences not on its wavelength at Mach speed into the air, and it’s good to know where one’s tolerances lie before stepping into a film that contains as much energy as Babysitter.

Babysitter sets itself off with a veritable barrage of imagery and noise — a raucous crowd of horrifically inebriated men at a bloody boxing match crassly leering at the women around them, which culminates in a man named Cédric (Patrick Hivon) drunkenly kissing a reporter named Chantal Tremblay (Éve Duranceau) live on national television. It’s an incident that gets him suspended from his job and turns him into a publicized representation of sexist attitudes — an image that he decides to reverse in the most performative, subtly self-aggrandizing way possible. After enlisting the support of his pompous self-proclaimed “feminist” brother, Jean-Michel (Steve Laplante), a journalist who himself gleefully criticized the sexism of Cédric’s actions, Cédric takes an idea to write an apology letter to Chantal and drives it to its logical extreme, deciding to write a full book of multiple wildly self-flagellating apology letters to dozens of women and female celebrities. All the while, Cédric’s obsession with becoming the best ally humanly possible blinds him to the more immediate concern at hand — his newborn child and his exhausted girlfriend Nadine’s (played by Chokri herself) post-partum depression, for which she’s hired Amy (Nadia Tereszkiewicz), a high-energy, youthfully charged babysitter whose mysterious qualities throw some unexpected turns into the lives of Cédric, Jean-Michel, and Nadine all at once.

There’s quite a lot to be said about Babysitter‘s aesthetics and the way it sets out to deliberately overwhelm its audience, particularly in its first half or so, which unleash a blistering series of rapid cuts and dialogue — whether it be in the opening boxing match sequence or in any of the conversations between its characters that follow. Lines of dialogue tend to barely even last a second, while the tempo of the edits is at a blazing-fast presto, a truly disorienting combination that, when added with the self-absorbed nature of what’s being spoken predominantly by Cédric and Jean-Michel, not to mention the former’s male coworkers, makes for a deliberately unpleasant and overwhelming experience. It works to mixed effect, proving to be at its most effective when it doesn’t quite hit such an extreme fever pitch and makes room for properly developed characterization to bleed through between the lines, and at its least effective when it’s so on-the-nose about trying to make a mockery of its characters that its gleeful satirization just comes off as gratingly unsubtle. The oversaturation of its pacing also pairs nicely with the saccharine, visually primary-color-laden aesthetic of its set design and unique flourishes in cinematography, a mischievous-seeming visual combination that always seems to be hiding something under the surface — concealing something more complex and oftentimes even bizarre under the veneer of innocence.

Much of Babysitter‘s ideas regarding misogyny and the pitfalls of overzealous allyship are primarily expressed through its characters, many of whom are so exaggerated they come off more as archetypal representations of certain themes rather than tangible human beings — a gesture rooted in a more literary tradition that I came out of with a somewhat mixed reaction on its overall resonance. Laplante, for one, plays Jean-Michel with such an intense degree of smug self-righteousness that you can smell the dishonesty behind every single one of his impassioned rants against the patriarchy, and makes the moments where his more egoistic and objectifying impulses come through that much more unsurprising. Cédric, on the other hand — played with such intense vigor by Hivon — strongly exudes an air of willful innocence most frequently associated with affluent suburban men of his kind, something that not only leads him down the path paved for him with Jean-Michel’s help, but also plays a key role in the more unexpected, shattering turns found along his journey of self-discovery.

But it’s Nadine and Amy who are perhaps the most interesting characters of the bunch. The former, who Chokri uses in traditional satirical form as a means of grounding the absurdism running rampant in the film’s narrative, is first distinguished by her deadpan, apathetic tone and expression whenever she finds herself dealing with Cédric and Jean-Michel’s pompous antics — as much a result of the character’s postpartum depression as it is a realistic reaction to the suffocating amount of space the two men take up through their supposed care for feminist causes while relegating her to the sidelines of their lives. It’s something that evolves into a veneer, however, for a hidden depth in character that seems to be much more in tune with her sexuality once Amy holds up a proverbial mirror for Nadine to finally see that side of herself. Tereszciewicz exhibits a kind of multifaceted charm to Amy as well — first introduced to us as a happy-go-lucky, high-energy nanny with an air of mystery in how she unsettles the main cast’s conceptions of sexuality, a quality that evolves into something more imposing and mature, especially when she finds herself having to help with Nadine’s internal, spiritual struggle. The cast as a whole is a somewhat well-organized pas de quatre, each with something unique to offer in how they interact with each other, and they’re easily the most noteworthy part of Chokri’s film — it’s just a shame that the ideas they’re representing just don’t really wind up to be as complex as their individual characterizations seem to promise.

What really seems to limit Babysitter‘s potential impact isn’t quite the fact that its pastel-colored aesthetic isn’t for everyone — after all, much of the reception for a film of this kind largely comes down to different strokes for different folks, even if the more comedic, satirical, sensory-overload bent of its style certainly seems to suit certain moments from the film better than others. Rather, it’s the fact that the progression of what Babysitter has to say about the sinister intentions behind performative feminism, or the dynamics of repressed sexuality that results as a byproduct of patriarchal social structures, mostly finds itself developing into something meaningful only as it approaches its final few sequences. There are trace scenes here and there that seem to point to some form of development — for instance, a scene in which Nadine, in an evidently out-of-character moment, dons a kind of princess-like cape for the first time after a strange yet comforting interaction with Amy, or certain scenes in which Amy begins to expose the hypocrisy behind Jean-Michel’s self-absorbed anti-patriarchal sermonizing — but it doesn’t quite build up as promisingly and robustly as it should, a mild disappointment for a satire with such an intriguing narrative foundation. It’s clear that Babysitter sets out to swing for the fences as hard as possible, whether that be through its stylistic ostentation, or the exaggerated characterization at play, or whatever else stands out as absurdly distinct — the only difference is simply that it doesn’t really land the blow.

For more information on Babysitter and other films playing at the Tribeca Film Festival, check out their website.

Thank you for reading! What are your thoughts on Babysitter? Comment down below!

‘Beavis and Butt-Head Do the Universe’: A Tale...