Peter Hengl's debut feature is a deeply unsettling entrée, but doesn't quite satiate a hunger for horror. 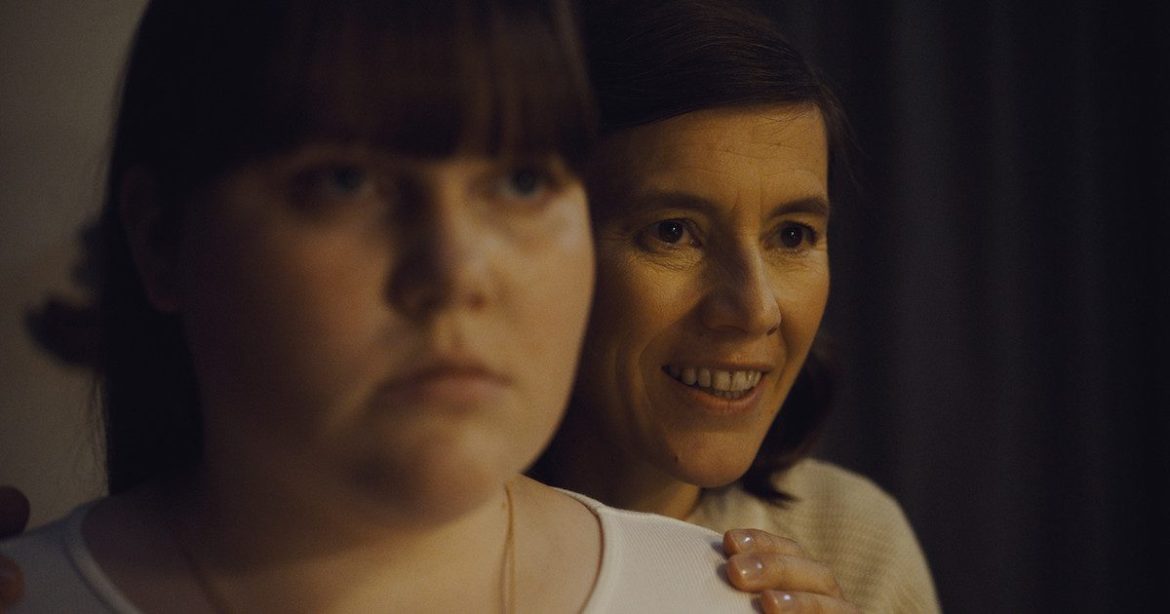 A devious recipe of psychological manipulation, profoundly unsettling family dynamics, and grisly horror that never quite feels like it coalesces into a full meal, Peter Hengl’s Family Dinner is certainly one of the more interesting horror feature debuts of recent memory — one that has a confident grasp on what makes an audience’s collective spine chill, yet appears to have a far less assured sense of how exactly to pay it all off. Coasting off of the momentum of robust performances from its small cast, as well as sporadic moments of skin-crawling dread, Family Dinner is a film of many bold promises — one of which it appears to make from its opening credits sequence alone. With Shining-esque drone shots following a car driving through the mountainside, as well as a bold red title font evocative of Funny Games (whose director, the legendary Michael Haneke, was among Hengl’s professors in the Vienna Film Academy), there’s already an expectation of increasing madness and violence in an isolated location, and Family Dinner‘s perversely culinary approach to that madness is, at the very least, likely to turn some heads and make people squirm along the way.

15-year-old Simi (Nina Katlein), the person who we see stepping out of that car, has just been dropped off at her professional nutritionist aunt Claudia’s (Pia Hierzegger) house, nearly a week before Easter Sunday, with the intention of getting diet help for losing weight from Claudia. Already, moments upon her arrival, something feels off, and it’s got everything to do with the people there. Right off the bat, Simi and Claudia get their timelines mixed up — the former thinks she’s staying until Easter Sunday, but the latter establishes that she’s actually leaving by Good Friday, something that doesn’t amount to much, but still gets both of them off on not quite the right foot. During a meal with Claudia’s family, Simi notices that Claudia’s son, Filipp (Alexander Sladek), is almost totally unresponsive, and later in the night, he viciously curses out Simi for her more plus-sized weight the moment she tries to even interact with him. Meanwhile, her step-uncle, Stefan (Michael Pink), appears to be more kind towards Simi and how she perceives her own weight, but is far, far colder towards Filipp — a harshness that gradually begins to intensify to alarming heights.

As the week goes on, marked each day by on-screen titles that grow bolder in format over time, Simi’s interactions with the family only begin to reveal darker secrets. After requesting diet help from Claudia, Simi is treated to an almost militantly supervised fasting routine, all while Claudia tells her that she’ll quit the moment she sees Simi not taking this seriously — and as Simi discovers over time, Claudia means it, and is far more off-puttingly persistent about it than expected. Filipp, meanwhile, has his own secrets to hide about how his rather unorthodoxly religious mother and stepfather have been treating him, and Simi realizes with each passing day that something genuinely horrific is simmering deep below the surface. Again, lots of bold promises here, and Hengl’s directorial control over the more unsettling aesthetic looming over this movie shines in very particular scenes, most of which are found towards the first half. The grisly aftermath of a rabbit hunt, for instance, is shown in such skin-crawlingly graphic detail that it annihilates any vestigial illusion of normalcy about Claudia’s evidently disturbed family, and each of the meal scenes with the entire family involved are loaded with constant tension, whether it’s because of anything to do with Filipp and his parents, or because of Simi’s adherence to a forcefully imposed diet routine that is clearly putting a strain on her.

As this tension builds up, it’s clear that a lot of ingredients in Family Dinner are working in sync to create this truly discomforting tonal effect, most obvious of which to point out is definitely the praise-worthy cast. Sladek and Pink are both great at depicting two sides of the same coin as Filipp and Stefan, respectively — the former’s displays of aggression towards Simi are cutting enough to effectively serve as a veneer for the fear and paranoia he feels in such a quietly hostile household, while the latter puts on a deeply uncomfortable air of congeniality that eventually shows a far more threatening side as Easter Sunday rapidly approaches. Katlein, a revelation in this film, brings both an expected vulnerability yet also a bizarre kind of persistence and assertiveness to Simi, not just in how she makes her way through the rigorous diet routine placed on her by Claudia even with visible difficulty, but also in how she finds ways to resist the various horrors boiling within Claudia’s household, giving Simi a strong sense of agency, no matter how unusual that agency might be, throughout the events of the story. The star of the show, however, is largely Hierzegger as Claudia, a woman past her moments of fame who’s so committed to realizing her vision for both Simi’s diet routine and something far more sinister that Hierzegger bounces between firmly adamant and frighteningly imposing emotional phases with relatively adept ease. Combine all this with a near-total lack of a score outside of moments with tensely low droning, as well as robust moment-by-moment writing that further enhances these characters’ unnerving interactions, and you have the first half of a film with great promise as it raises the stakes and ventures into riskier territory.

The problem is that there’s only so much Family Dinner actually ends up delving into by the time it hits its conclusion. Much of what it introduces from the outset — foreshadowing towards something religious in nature through the whole Easter conceit, elements of implied domestic abuse in Filipp’s interactions with his family, and commentary on the more manipulative aspects of diet culture through Simi’s interactions with Claudia — aren’t fleshed out into anything all that complex, and any hope that the film might end up further accelerating the dread-inducing momentum of all the blood-curdling moments that precede it is mostly exchanged for a series of understated yet still somewhat impactful shocks. The expectations established by the film’s homages, tone, and folkloric influences, however, feel as if they remain either unfulfilled, or only partially completed by the narrative storytelling at large, not just on a scene-by-scene basis. It’s certainly not an optimal payoff for a film with such convincing control over how to get under its audience’s skin through the tools at its disposal — not to mention one that almost seems like it should delve somewhat deeper than what it already does into the complexities of body image and the psychological effects behind dieting via horror-narrative metaphors. Perhaps a greater amount of detail and specificity on any of the revelations and shocking turns on display may have enhanced the effect of some of Family Dinner‘s most intense concluding moments, but the film’s restraint and approach towards quieter shocks appears to be what’s getting in its own way.

Family Dinner ultimately can’t help but feel somewhat undercooked, not helped by the fact that Hengl’s direction in a significant portion of this film already shows a sizable amount of promise and skill. It’s just that by the end of it all, it remains a shame that such promise is spent on a film that veers slightly too close to joining a growing trend of horror movies with little investment in narrative and/or emotional specificity, and with all of its chips bet on how much it can unsettle its audience instead. If anything else, the performances and Hengl’s directorial control are truly noteworthy here, but good ingredients aren’t of much use when the meal that comes out of them feels less than the sum of its parts.

For more information on Family Dinner and other films playing at the Tribeca Film Festival, check out their website.

Thank you for reading! What are your thoughts on Family Dinner? Comment down below!