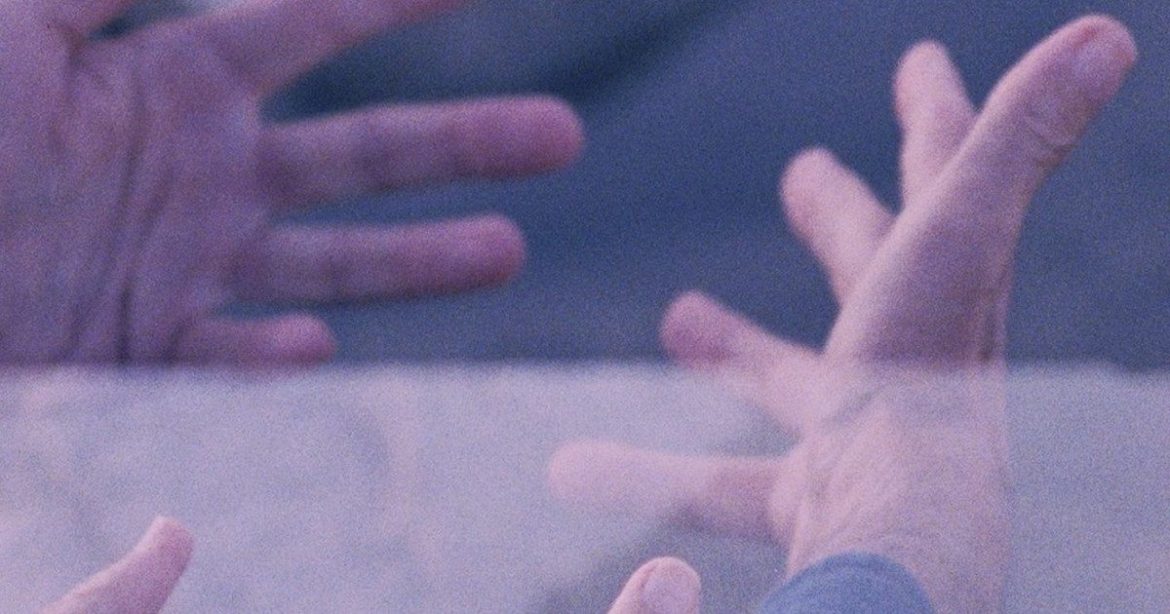 Manitoban filmmaker Rhayne Vermette’s Ste. Anne is a fascinating directorial debut — a loosely constructed tapestry of hypnotic sounds and grainy cinematography, and an enigmatic 80-minute experience that operates in pure abstraction. Unfolding a series of strange events that occur in an indigenous Métis community after the mysterious return of a missing young woman named Renée (also played by Vermette herself), Ste. Anne portrays the upheavals that result in both the community and Renée’s family with a distinctly free-flowing, impressionistic touch. It’s an endearingly admirable debut, one that seems almost completely unshackled — for better or for worse — from expected structural and narrative constraints.

For a film placing particular emphasis on a more sensory experience, it feels almost inevitable that Ste. Anne‘s narrative remains relatively straightforward. In the many years since Renee’s sudden disappearance from her community, her brother, Modeste (Jack Theis), and his wife, Elenore (Valerie Marion), have chosen to raise her daughter, Athene (Isabelle d’Eschambault), under their wings. When Renée returns to the community, however, things begin to slowly yet noticeably shift as she attempts to reclaim her sense of place in the world. As the community holds a handful of festive gatherings, they find themselves confronting their past through Renée’s return, all while Modeste and Elenore begin to question where she’s been and gradually come to grips with what her growing reconnection with Athene might ultimately mean.

Vermette is no stranger to working in arthouse filmmaking, with previous short films such as Les Chassis des Lourdes and Domus displaying her capability to engineer disparate pieces of imagery into statements on memory and identity. In Ste. Anne, that capability takes on a more streamlined form, with the film’s aforementioned minimalist plot backing up a series of meditative sequences and imagery. Anyone looking for a film with polish and conventionality will be frustrated by the film’s mix of scripted and improvised dialogue, deliberately imperfect 16mm film editing, and nebulous narrative, but it’s this debut’s sporadic bouts of beauty and engaging atmosphere that will endear most viewers with a tolerance for arthouse fare.

Atmosphere is everything in a film of this kind, which Ste. Anne decisively and uniquely delivers in spades on nearly all fronts. The film’s expansive, vibrant color palette — used in conjunction with pitch-perfectly ambient sound design —  allows it to create lively settings through gorgeously hued landscapes and interior locations, while also letting other, more singularly-colored sequences to take on a kind of Giallo-esque flair with bold primary colors completely washing over the frame. Imperfections are also abound in the film’s aesthetically homemade 16mm cinematography, but they never once seem like mistakes, even if the film overindulges in their usage at some points. You’ll find a litany of film scratches, overexposures, lens flares, and other details that, instead of tarnishing the visual experience, imbue the imagery sensitively depicted on screen with a genuinely endearing sense of character and personality.

It’s in the story itself that things become slightly more mixed in quality. The main highlights of Ste. Anne‘s narrative are very clearly the series of friendly gatherings hosted by the Métis community portrayed on screen, captured with a mix of grainy closeups and vivacious handheld cinematography that partially evoke the naturalistic verve of John Cassavetes’ earliest works, and brought to life with performances from Vermette’s family members and other actors who easily string together pieces of improvised dialogue. In the grand scheme of the film’s overall story, however, too little feels like it’s revealed too late. The film is so intently focused on grounding its setting, indigenous community, and Reneé herself in the framework of its natural ambience and free-flowing aesthetic that it loses track of developing some of its most notable characters — particularly within Renée’s family — using its scripted scenes until more towards the story’s bittersweet conclusion.

Yet perhaps that shamelessness is what makes Ste. Anne work in its most luminary moments, because as much as its story may be somewhat buried in its more technical, abstract focus, its many aforementioned themes and ideas remain relatively intact, most likely because said ideas are exactly what its craft is consciously building towards. Whatever the case, Ste. Anne remains a deeply respectable debut for Vermette — one whose intention is clearly to be felt, rather than analyzed, in its entirety, much like the nature and elements it invests its efforts into depicting so beautifully.

For more information on Ste. Anne and other films playing at the New York Film Festival, check out their website.

Thank you for reading! What are your thoughts on Ste. Anne? Comment down below!