Is this the 'Maniac Cop 2' of the Halloween franchise? 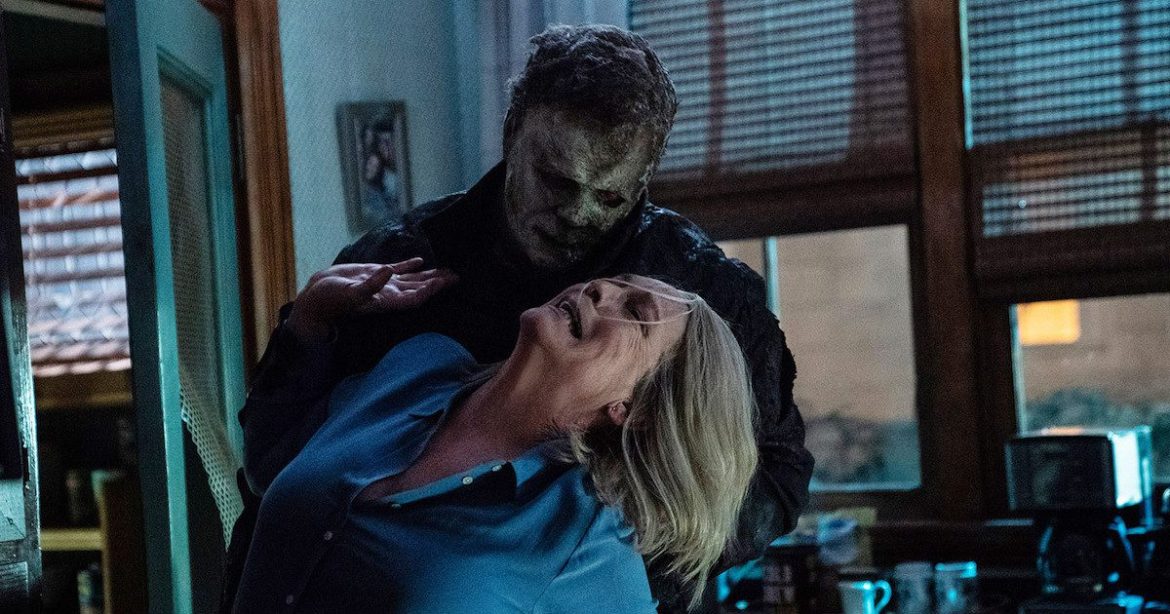 There’s an alternative universe where they never made a straight sequel to 1978’s Halloween. Instead, the franchise continued with John Carpenter’s original anthology concept. Every few years or so, we’d get another spooky story on Halloween. Michael Myers would never return after that fateful night. Perhaps the infamous theme song of Carpenter would be used on each of the film’s opening titles. Decades later, lists would be made about what was the best entry of the Halloween anthology series. Unsurprisingly, many would deem that nothing could beat the original, though the one involving robots and the magical Stonehenge would be a close second.

In this universe, however, of the thirteen entries made in the Halloween franchise, only one didn’t involve Michael Myers, but that one didn’t make any money. This being 2022, we have just ended the second sequel of the second reboot of the original timeline. The 2018 entry was undoubtedly the best of the franchise since the third entry, and it would have given the series a dignified end.

But Blumhouse saw the immense profits that Halloween (2018) made and convinced director David Gordon Green to turn it into a trilogy. Last year, we were treated with the schlocky follow-up, Halloween Kills, and now we have Halloween Ends.

When it came to the trilogy finale, I was conflicted about what I wanted. Part of me wanted a serious character drama mixed with slasher mayhem, or just a straight-up schlockfest where Michael turns out to be one of those androids from Halloween III: Season of the Witch.

There’s basically not much more you can do with either the Michael Myers or Laurie Strode character. They did it all in Halloween (2018). Halloween Kills was just an extension of what we already knew, but with added gore and speechifying about evil.

I suspect that David Gordon Green and his fellow screenwriters knew this too, so with Halloween Ends, they did something totally different. Yes, Michael Myers still goes around killing people, and Laurie is still dealing with her trauma, but there’s a strange twist to this film that will undoubtedly divide many of the franchise’s core fanbase.

The film continues with the effects that Michael had on Haddonfield. His carnage left a psychic strain on the community, leading to bitter conspiracy theory rhetoric and even suicides. One victim of Michael’s sinister influence is Corey Cunningham (Rohan Campbell), a babysitter who became a local pariah after becoming involved in a prank that went fatally wrong.

Despite everything that happened, even after losing her daughter, Karen (Judy Greer), Laurie (Curtis) is adamant about not letting Michael destroy what time she has left. She even pushes her granddaughter, Allyson (Andi Matichak), who lives with her now, to go to the upcoming Halloween party and enjoy herself.

After Laurie saves Corey from a group of bullying marching band high schoolers (yup), Laurie introduces him to her granddaughter. There’s an instant attraction and soon Allyson and Corey become romantically involved. But it isn’t long before Michael’s creeping influence starts wreaking bloody havoc on the community again…

Halloween Ends is less obsessed with nostalgia, unlike its previous two predecessors (though fans will undoubtedly spot some neat callbacks). Most controversially, while Strode is still the main character, the film focuses much of its time on Corey and his budding romance with Allyson. There’s a turn to Corey’s character that I cannot spoil here, but it’s something that we haven’t seen in any of the previous Halloween films.

In fact, it reminded me strangely of Maniac Cop 2, and perhaps this will give some genre fans a hint. (No, unfortunately, we don’t see Michael Myers on fire killing multiple people in the process.)

This twist to the story is bizarre but intriguing. It’s something I would have liked better if the romance between Corey and Allyson was better written. It’s not even that the two actors have little chemistry, it’s that their attraction to each other doesn’t feel organic. It just seems to happen. Their dialogue feels like first-draft material, filled with cliché platitudes of teen dramas. Why is Allyson so drawn to this awkward figure? She even tries to explain this later but honestly, it doesn’t make much sense.

Both Campbell and Matichak do their best with the material, and if their connection felt more genuine, the film would have worked better on an emotional level.

The twist to the formula also has the nasty habit of making Michael less of a threat. Without spoiling anything, there’s one scene in particular where Michael is taken down a peg in such a brisk manner, that it almost undermines his fearful stature in the previous two films.

There are some good scenes between Laurie Strode and Frank Hawkins (Will Patton), whose affection for each other was made clear in the previous film. Unfortunately, Patton doesn’t get much to do this time around. (Not that he had much to do in the previous film, but I was just surprised he survived considering he got stabbed and run over in the first of this trilogy). Nonetheless, I would have preferred the film’s central romance to be about them and less about Corey and Allyson.

For genre enthusiasts, Halloween Ends does have its fair share of slasher set pieces. There’s less bloodshed than in Halloween Kills, and there’s a lack of the creative shots and angles that Gordon Green gave us in the previous two films. You’re not going to see an impressive one-take scene like in Halloween (2018), or the immersive POV shots in Halloween Kills.

With the film almost clocking at two hours, and with a considerable amount of time devoted to Corey and Allyson’s hackneyed romance, you will also have to wait a little longer for the inevitable series of lacerations.

The film’s score is once again handled by the great John Carpenter, his son Cody Carpenter, and frequent collaborator, Daniel Davies. It’s not as memorable as the score to Halloween (2018), though it serves its purpose of elevating the suspense and mood. The highlight is probably the remix of the original Halloween theme — the film continues the trend of giving us another memorable, pumpkin-themed opening title sequence.

But for some reason, David Gordon Green also decided to add more pop songs to the soundtrack. Though they have a fittingly retro sound to them, they still distract from the overall atmosphere. I have no idea why you feel the need to any other music to the score when you have Carpenter working for you.

The same can be said for Halloween Ends. Focusing on Haddonfield and Michael’s demonic influence on its inhabitants is an inspired choice, yet with this bold choice, also comes a lot of wasted opportunity. The film offers hints about how Michael’s return in 2018 has led to conspiracy theories and even animosity against the victims.

This can happen when people try to make sense of a senseless tragedy, when people try to understand evil or give it an ulterior, deeper motive when it doesn’t exist. There’s even dialogue concerning nature vs. nurture. Can a community fail its residents and even be guilty of the consequences when they neglect the psychological well-being of one of its residents? These are interesting themes, and though it’s debatable whether they can be properly explored with a Halloween sequel, it’s at least more interesting than whatever they were doing with the Thorn cult.

But these themes are reiterated through obvious and sometimes clumsy dialogue. This was the same in Halloween Kills, wherein Sherriff Brackett (Charles Cyphers) concludes that Michael has “turned them all into monsters” after he and his mob accidentally caused the death of an innocent. A victim of tragedy muses whether evil is born or is created through circumstances. We see glimpses of the suicides in Haddonfield and it’s made clear through the voiceover by Laurie, that this is due to Michael’s influence. Everything is told, and nothing is left for us to think about.

The four-year time jump included in Ends also brings about lots of questions. Why would Laurie, after losing her daughter, not be more fanatical, turning into an even crazier hermit, knowing that Michael is still out there? Her survivor guilt should be worse now. We aren’t seen how she deals with the loss of her daughter.

Instead, we are told that she quit drinking, that she sought therapy, and we see that in a good mental state. It makes little sense and it robs us of interesting character drama.

Having said that, they are probably going to bring back Michael Myers again. When they do, let’s hope they give to another filmmaker with an interesting take like David Gordon Green. It might not entirely work, but it’s at least more interesting.
And frankly, when it comes to these long-running horror franchises, that’s the best you can hope for.

Thank you for reading! What are your thoughts on Halloween Ends? Comment down below!

Campfires, Scary Stories, and the Moody Mastery of...