The chemistry between these two ladies saves this movie from being a complete waste of time. 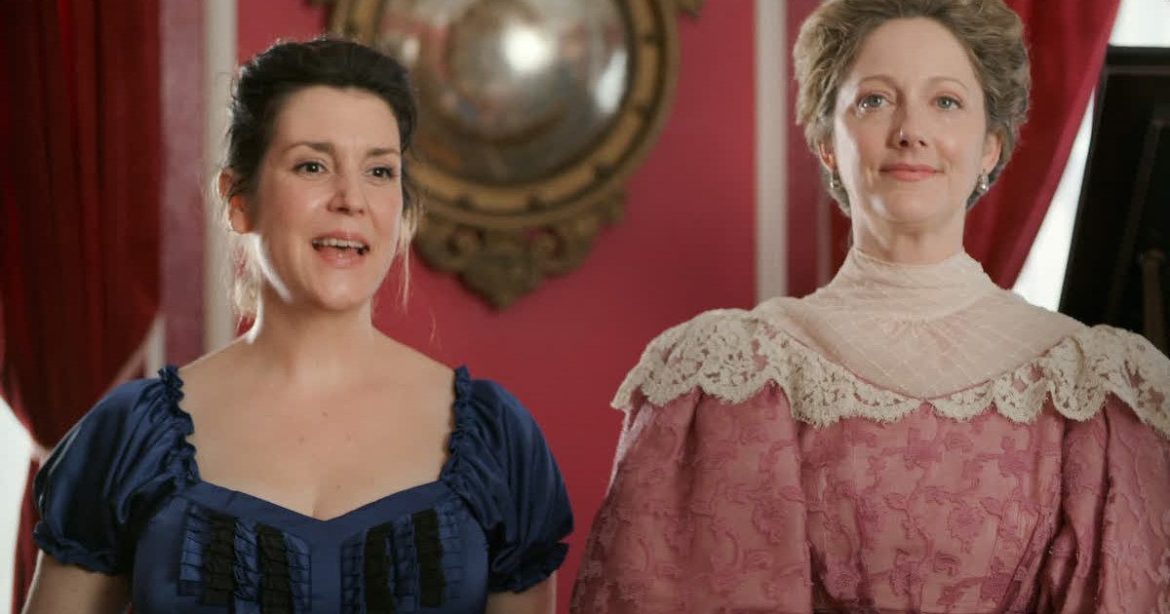 Two and a Half Men is an abominable sitcom and I’m ashamed to admit that in my younger, and far more vulnerable years, I did watch an episode or two. If there was one good reason to watch the show, it was Melanie Lynskey, who had a recurring role in the show as Rose, a psychotic stalker to one of the titular two and a half men. Like many of the talents wasted on that show, Lynskey fell prey to the show’s dismal writing. Yet if any laughs were to be had, it was due to Lynskey and her pitch-perfect timing — though we shouldn’t forget the wonderful Conchata Ferrell.

I would later discover that she co-starred alongside a young Kate Winslet in Peter Jackson’s underrated crime drama, Heavenly Creatures. Later on, she would feature in the endearing short-lived HBO show, Togetherness, as well as star in many indie goodies, such as I Don’t Feel at Home in This World Anymore.

Judy Greer has proven to be a formidable comedic and dramatic talent on the screen. Though if you look at her IMDb page, the first four movies she is ‘known for’, all include bit parts in big movies that were far beneath her talents. (Okay, 13 Going on 30 isn’t so bad.)

Thanks to Justin and Christian Long, these two talented women are now starring in their own buddy comedy, Lady of the Manor, which was released quietly on the VOD market on September 17th.

Hannah (Lynskey), spends most of her days sitting on the couch, getting high, watching true crime documentaries. Though her disgruntled boyfriend refers to her as a drug dealer, she quickly corrects him and tells him she’s more of a “drug deliver”. She receives a text with a request for a certain amount of marijuana, and an address to deliver it to — yeah, that sounds pretty much like a drug dealer.

Through an unfortunate misunderstanding, Hannah accidentally becomes the subject of a sting operation and is charged with solicitation of a minor. After this, she’s both dumped and kicked out of her apartment by her boyfriend (Alex Klein). Through a stroke of luck, she gets offered a job by Tanner Wadsworth (Ryan Phillippe), the young heir of the affluent Wadsworth family.

The job consists of being a tour guide of the Wadsworth mansion, which contains some considerable historical value from its heydays — around the mid-1800s. It was owned by the prestigious Lady Wadsworth (Judy Greer). The big draw for the job is that Hannah gets to live in the mansion itself.

Part of her duties as a tour guide of the mansion is to impersonate its former owner, Lady Wadsworth. Hannah, her character being one of extreme slothfulness, does not do the research and thus her performance lacks any historical accuracy whatsoever.

This is pointed out by one of the visiting tourists, Max Cameron, a history professor. But the professor isn’t the only one who takes umbrage with Hannah’s performance as Wadsworth mansion’s tour guide. The ghost of Lady Wadsworth herself appears before Hannah, disrupting her daily debauchery, refusing to leave her be until she faithfully recreates her character.

The premise holds typical comedic appeal. It’s the odd couple. Two conflicting personalities who are forced to work together. One is stuck-up, the other is carefree. One lived and thrived in the high-society of Savannah during the 1800s, the other is enjoying the slovenly freedoms of the 21st century.

You’d think with such a premise, the film would play up the differences between their opposing cultures or the differing sexual politics of Lady Wadsworth’s days. There is some of that, but it’s all very obvious.

Instead, the humor is mostly lowbrow. There’s an abundance of sexual brazenness, pot-smoking humor, and some obvious improv. It feels like it’s part of the Judd Apatow brand. There’s nothing wrong with some lowbrow humor, but it could have easily used a little more substance, some pointed satire of Southern Americana.

Unfortunately, most of the humor of Lady of the Manor is either flat or forced. There’s a sense that the cast is having fun but the script gives them too little to work with.

The jokes are just too thin. There’s an early scene in the movie where Justin Long’s character makes a joke and bombs. One character realizes too late that his comment was supposed to be humorous and goes, “Oh this is a joke… yeah it’s funny.” This moment ironically comprises a lot of the humor in the film — “Oh that was the joke? Funny…”

This doesn’t mean there aren’t some laughs to be had. A bit part by the great Luiz Guzmán brought forth a few chuckles — though he barely has any lines in the film. Ryan Phillippe (nice to see him again) is enjoyable as a douchey trust fund scumbag. There’s even an admirable fart joke.

As for the direction, Justin and Christian Long don’t show themselves to be anything close to visionary filmmakers. Everything looks bland. From the shot compositions to its cinematography. There are no directorial flourishes that could elevate its already lackluster script.

What does work and what stops this from being a complete waste of time is the enchanting chemistry between its two female leads. Melanie is so much fun to watch as the trashy Hannah, and though Greer’s performance is one-note, it’s still enjoyable all the way through.

Together, the ladies chew up the scenery the best they can. There are some highlights in their banter, especially the one scene where they show off their ‘funny faces’ to each other. Seeing these two characters eventually bond is endearing. And if their characters would have received a little more dramatic heft, it might even have been touching.

I’d love to see both of them star in a comedy worthy of their talents someday. Say, HBO, why not revive Togetherness and add Judy Greer to the cast?

Thank you for reading! What are your thoughts on Lady of the Manor? Comment down below!

[…] everything that happened, even after losing her daughter, Karen (Judy Greer), Laurie (Curtis) is adamant about not letting Michael destroy what time she has left. She even […]

Rian Johnson Returns to Form with the Wickedly...