The oneiric and internal pierce the real world in Iñárritu's Felliniesque existential journey. 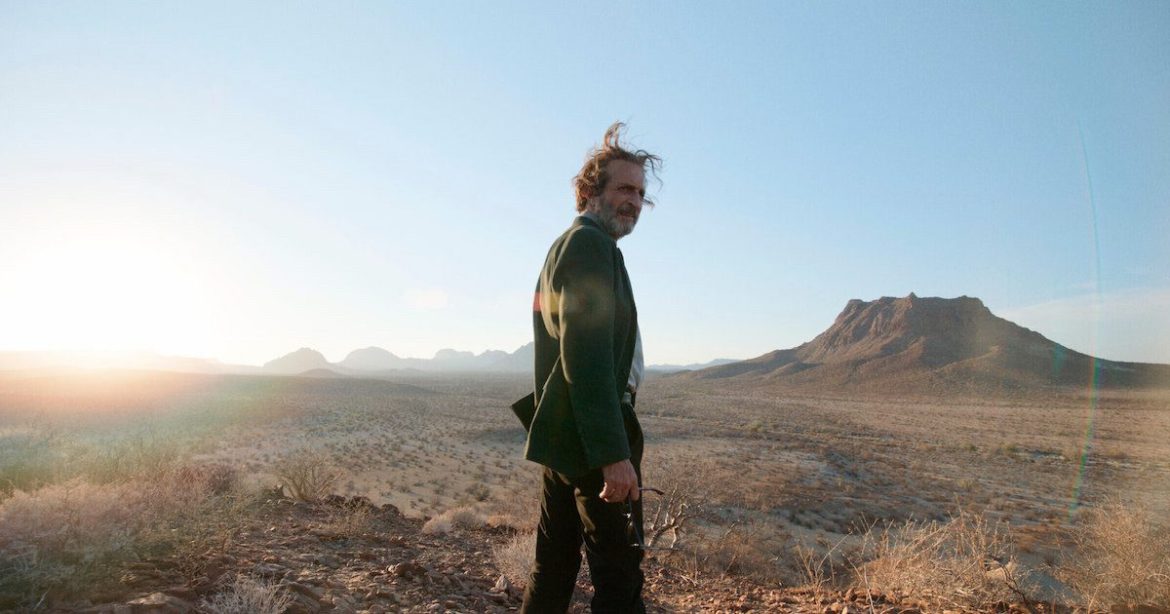 Bardo is a state of mind. Or at least that is what director Alejandro González Iñárritu wants you to believe going into the film. Introducing his latest work at its U.K. premiere during this year’s 66th BFI London Film Festival, Iñárritu stated that more than anything he wanted the audience to immerse themselves in the film rather than spend their first watch attempting to understand it. Instead of trying to make sense of it, he persisted that he rather we reveled in the sensorial experience of its world and the emotion of its story. I am keen to agree with him.

Bardo, False Chronicle of a Handful of Truths follows Silverio Gama, an eminent Mexican journalist and documentarian living in Los Angeles – played by the ductile, pensive, and generally impassioned Daniel Giménez Cacho – as he returns to his native country of Mexico to receive a prestigious international award for his work.

On this simple trip back to his motherland, he experiences an existential crisis that relays his memories and internalized fears to the present as they begin to surrealistically permeate his everyday life, with a vivid and mesmeric sense of dreamlike awe and immersion. Silverio soon comes to face with wrestling universal yet personal truths and questions about mortality, familial bonds (with his wife, kids, and his parents), friendship, identity, success, mortality, personal roots, and the history of Mexico and its period of colonialism.

The extensive array of themes to which it attempts to deliberate on may seem to come across as overcrowded, and the film itself can be overwhelming at times, but Bardo is genuinely unlike anything I have seen in years, sprawling ethereally with a sentimental vision keen on discerning what impact we have on the world and people around us, while simultaneously assimilating what we take in from the world around us.

Under that thematic and narrative layer of exploring the influence and the connections we make with friends, family, and colleagues is a personal and resonant story about identity, and the constant internal (and occasionally external) struggles of comprehending and embodying one’s own identity in a modern and globalized world, through various lenses of occupation, family, nationality, and the self. Beyond that is a further layer of dialogue that comments on Mexico and its history of colonialism, and how that reflects on Silverio’s own tussle with his identity, particularly of his national identity, and with which place he can constitute as home if either were to even fit.

The delicate undertaking of balancing reality and fantasy is a fragile tightrope over limbo, with too much of a sway onto either side falling into imbalanced and messy proportions, but the multiple Academy Award winner handles the pressure magisterially, setting an equilibrium between both sides of the hourglass, as the oneiric and fantastical pour into the grounded roots of reality. In Bardo, dreams and interiority are not present simply for the slight act of exhibiting one’s inner character, but for the reconsideration and illumination of Silverio’s reality – this immersion of dreams and interiority plays an effectual role in actively informing Silverio and his pondering on the many roots and branches of his character as he has grown up.

Yet, the beauty of Iñárritu’s latest lies not in its breathtaking scope of blending dreams, fantasy, and internal emotions into the present; the dazzlingly awe-inspiring vision of DP Darius Khondji’s cinematography; nor the mesmerizing rainbow and shadow of space and scale production designer Eugenio Caballero casts onto the film, but in the vulnerability of its humanity. This is not a biopic by any means, nor is it a non-fictional account, but Silverio’s story is almost a raw shell reflecting a spitting image of director Alejandro González Iñárritu. Silverio Gama – sporting a greying beard, pitch-black sunglasses, and a suit on the film’s poster – is a dead ringer for the Mexican filmmaker.

Silverio is a mixed cacophony of Ińárritu’s own experiences as a director and human, from his own critics and the slamming of his movies as “pretentious” is mirrored in the scene where Silverio is ridiculed in front of a live audience, to his own dilemma with identity having moved from Mexico City to Los Angeles after hitting global success with his debut feature, Amores Perros, just as Silverio did after succeeding as a journalist. Even if not fully bought by the story it is trying to tell, or the admittedly unhurried pace at which it tells it, it is admirable alone how vulnerable Bardo is, especially at this scope and size. The most resonant part of it is in the fact that in many ways, the film feels like a story most of us can relate to in its cathartic rumination on attempting to come to terms with one’s identity and place in the world.

Bardo, meaning the liminal state of existence between death and rebirth in some schools of Buddhism, walks this delicate stage of life on-screen with awareness and empathy as it uses this transitional limbo as a means of re-understanding and recapturing a life we once knew, shedding new light on moments of living – joyful, painful, melancholic, bitter, and excited alike – by way of a transformed reality altered by dreams, internal fears, and latent emotions. Through piercing the oneiric, the internal, and the past into the present, Iñárritu – through Silverio’s story and existentialism – crafts a visually breathtaking and beautifully cathartic story that contemplates what it means to be human in this complex, strange, and interconnected modern world. On what it means to be human, I have a feeling Bardo will have a different answer for all of us; for Iñárritu, the answer to that question is Bardo, a stream of consciousness and self-realization from the filmmaker himself on the complex foundations of existing contemporarily – “Life is just a short series of meaningless events. You must surrender to it.”

Bardo, False Chronicle of a Handful of Truths screened as part of the BFI London Film Festival 2022 and will release on Netflix on December 16th.

Thank you for reading! What are your thoughts on Bardo, False Chronicle of a Handful of Truths? Comment down below!

Podbi (Or PeaPod, We Couldn’t Decide on the...